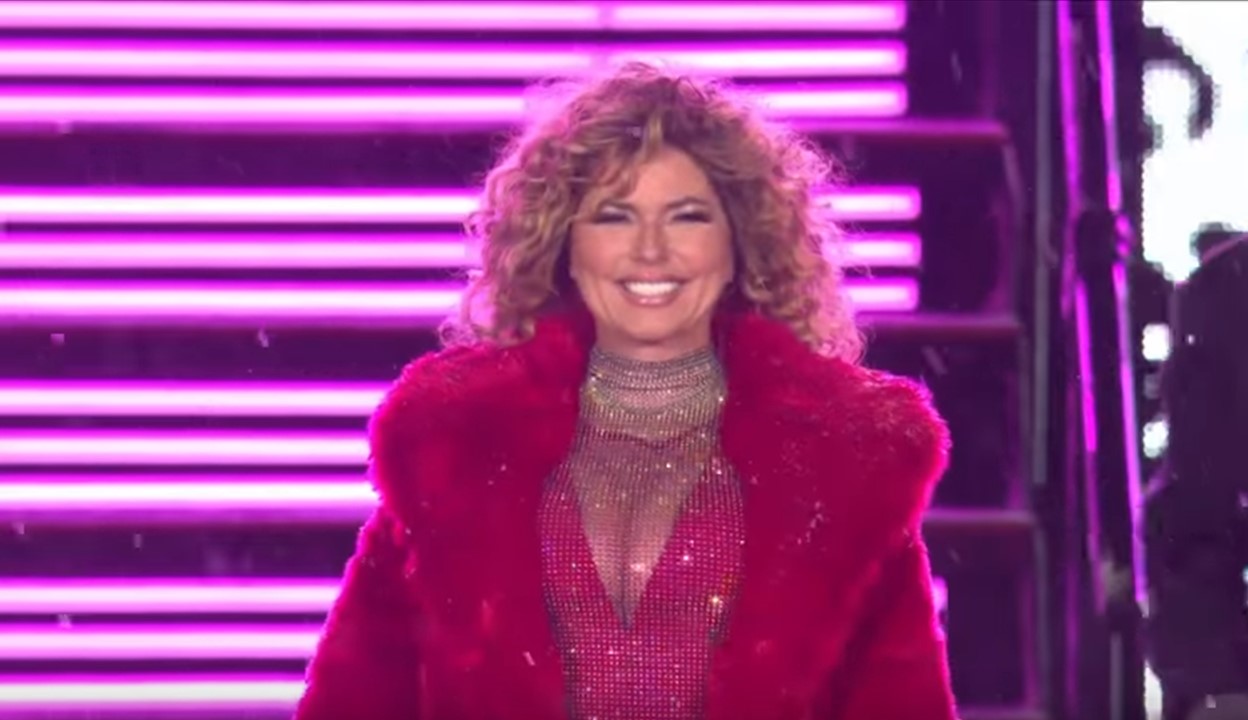 Country music hit-maker Shania Twain is back and better than ever! Enjoy her energetic Canada's Grey Cup performance here!

On Sunday, country music superstar Shania Twain got the honor of performing the halftime show during The Canadian Football League’s Grey Cup championship game. This event is a big deal in her native country and is one of the most-watched events on Canadian television.

Her jaw-dropping entrance into the stadium, complete with a dogsled team and a Royal Canadian Mounted Police escort, got a lot of people talking. The sparkle-clad entertainer certainly didn’t disappoint and entertained the crowd with an energetic medley of tunes while light snow cascaded over the stadium. Twain’s memorable performance kicked off with her smash hit “That Don’t Impress Me Much,” followed by her recent tune “Life’s About to Get Good.” As the set closed with “Man! I Feel Like a Woman!,” she exclaimed “I feel like a Canadian” before leaving the stage.

Enjoy the dazzling spectacle below!

In 2018, the singer-songwriter embarks on her NOW Tour. Check out the dates and stops below!

Share this Shania Twain performance with other fans of the star!