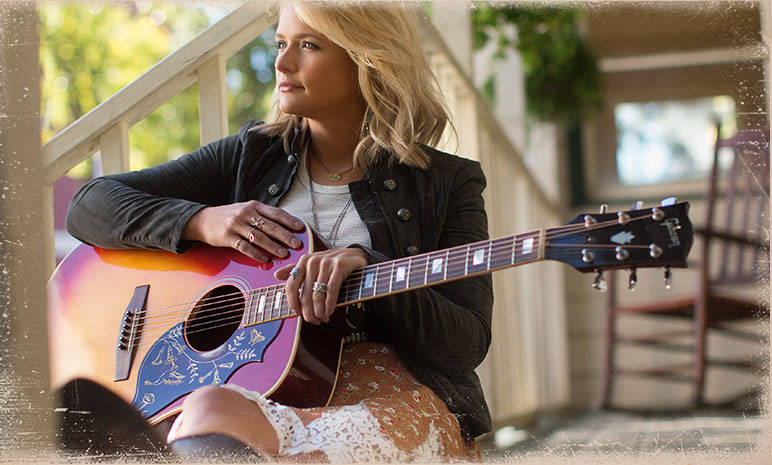 Miranda Lambert exhales a breath of beautiful fresh air with the release of a new single titled “Sweet By and By”. With the latter part of 2015 being dedicated seemingly to her public divorce with Blake Shelton, it is good to get back to what Miranda Lambert became famous for: her beautiful voice and well-written music.

“Sweet By and By” is about getting back to family. The song takes you through a letter of sorts to Lambert’s mom and dad. The tune rings true when you think about Lambert’s personal life and the thought of going back home to where the love never ends.

The lyrics to “Sweet By And By” were written by S. Fillmore Bennett and Joseph P. Webster, but they are perfect for Lambert’s southern voice.

Let your mama know you love her/ You will never have another
Daddy I have not forgotten/ Lessons learned under the light of a southern, starry sky

The song will appear on a complication album featuring multiple artists titled Southern Family. The album, produced by Dave Cobb, pays tribute to the concept of “family” and will feature such artists as Zac Brown, Miranda Lambert, Brandy Clark, John Paul White, the Black Crowes‘ Rich Robinson, Shooter Jennings and Holly Williams. It will be released on March 18th on Cobb’s Low Country Sound record label.

“Everybody has a great story, about their parents, their grandparents, brother, sister,” Cobb explains.

“Everybody has an intimate story and it was something that everybody could relate to. I wanted to have really talented artists custom write and do songs that mean a lot to them, and also just make the song that maybe they wouldn’t put on their record: the deep song, or the song that doesn’t fit in the queue or wouldn’t be a single. I wanted them to do the most honest song they could possibly do.”

Cobb adds, “And people really brought it and poured their hearts out. They were enjoying the fact that they could do a song that wasn’t precious or didn’t have to fit a mold. It was a song they wouldn’t put on their album, and it’s been a lot of fun.”

Watch a clip below of Lambert and Cobb in studio recording “Sweet By and By” followed by the full song.

“Sweet By and By” by Miranda Lambert