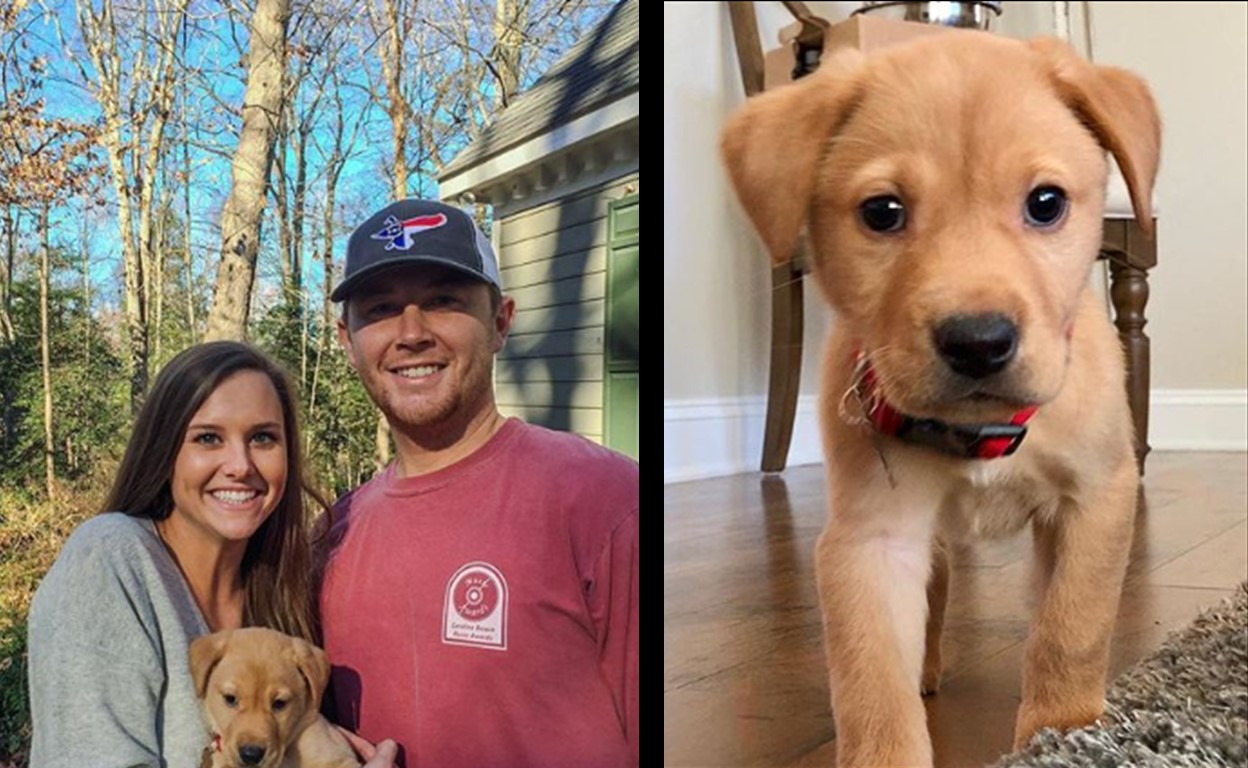 Newlyweds Scotty McCreery and wife Gabi have become a trio with the addition of a new puppy! Meet the little guy here and check out the photos!

Country music star Scotty McCreery and his wife Gabi have taken a big step in growing their family! Their new baby is a puppy named “Moose.”

My whole world. Everyone, meet Moose!

Scotty and Gabi both announced the arrival of their fur-baby by posting the cutest family photos on Instagram that are guaranteed to bring a smile and warm your heart. Scotty McCreery, being the proud father he is, called Moose “my whole world.” While everyone loves a heart-warming caption, Gabi light-heartedly joked, “2019 is off to a ruff start.”

No one is sure on what exact breed Moose may be, but his adorable puppy eyes and beautiful golden coat emphasize that whatever breed he may be, we know he’s the irresistibly cuddly kind. Fans couldn’t get enough of the puppy as they begged in the comment section for Moose to get his own Instagram as soon as possible. Can you blame them? And the fans’ wishes have been answered where, as of recent, the new pup has a whole Instagram dedicated to his cute, furry self! Waking up to a picture of this cute pup in my Instagram feed might just make Mondays more tolerable. All in favor of #MooseMondays say, “Yeehaw!”

Hey everybody! My name is Moose! Thanks for the follow! Can’t wait for so many pawsome adventures with my new parents Scooter and Gabi! RUFF RUFF!

When discussing human babies, the McCreerys are likely to hold off on that addition for a little bit longer. Scotty says that the two are in “no rush” although he understands his family’s eagerness to expand the McCreery family, He laughs, “I am the last McCreery boy in the whole bloodline, so it didn’t take too long for all of that pressure to start.”

While the couple is still enjoying and adjusting to the newlywed life, a puppy is a perfect way to start practicing the expansion of the McCreery dream team.

Scotty says to People, “2018 has been the greatest year of my life, especially because it’s the year I got to marry [Gabi]. She’s incredible and we make a great team, and to be able to go through life together is one of my biggest joys. She always sees the best in people so it rubs off on me when I’m having a down day. Just going home to her perks me up a little.”

And I know the fans will be eagerly waiting in the Instagram comment section wondering when their human baby, whenever that addition may be, will have their own Instagram!

Scotty concluded his 2018 on the road with Jimmie Allen and Heather Morgan on his headlining Seasons Change Tour, which continues into the new year until the end of January. When he returns home, he’ll be greeted by not only his wife but also his new furry pride and joy, making “coming home” sound like the greatest thing ever.

Make sure to share with other Scotty McCreery fans (or anyone who can’t resist a furry four-legged friend)!