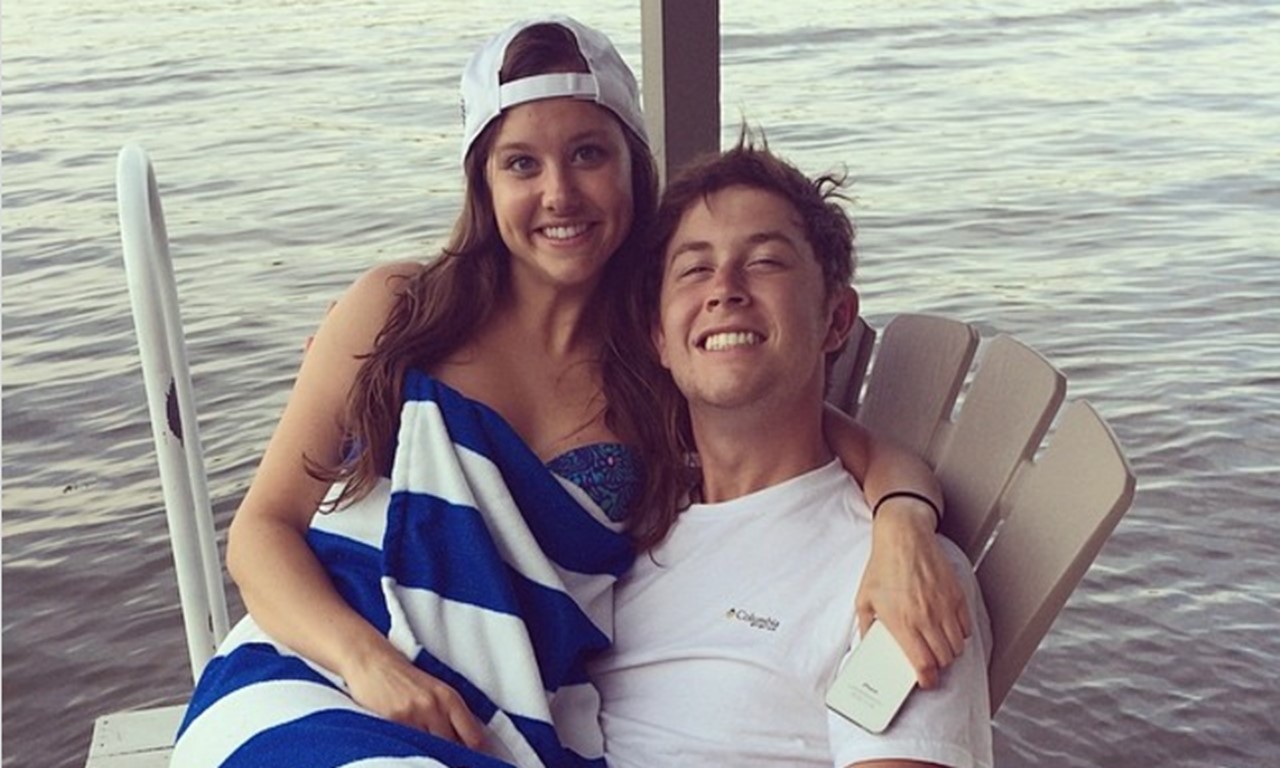 Scotty McCreery opens up about his longtime girlfriend, Gabi Dugal. He also recently shared why he almost quit "American Idol."

“When we first started dating, I was 17 years old — 18 years old, just kinda been thrust into the limelight…” McCreery told Entertainment Tonight at the ACM awards earlier this year. “We decided to keep it low-key, but we’ve been together four and a half years now, so I figure it’s time to talk a little bit more about her.”

He is now 22 years old, and he opens up about girlfriend Gabi in his book Go Big or Go Home. By the way, the couple met each other all the way back in kindergarten! However, in his book, he stops just short of telling all the details we want to know about his relationship.

“I let her read the chapter and she was all, ‘Oh, you’ve gotta take that out,’ or ‘Nah, that’s good,'” McCreery shares about Gabi. “Whatever she asks for, she gets.” Wow, that’s a lucky girl!

He even took a break from all the publicity to go to Gabi’s graduation. The “See You Tonight” singer gushed about his girl later on Instagram. A year later, they are still going strong!

Me and this gal went to elementary, middle, and high school together. We both grew up NC State fans, but in 2012, I went off to NC State, and she went off to UNC-CH. The next 4 years she worked tirelessly at school in Chapel Hill, pursuing her dream of becoming a pediatric nurse. I am so proud of her today as all of her hard work has paid off, and she is now a college graduate! If you know anything about me, you know wearing that shade of blue in chapel hill is something I would normally only do if I lost a bet.. But I was proud to wear it today in support of her graduating from the school of nursing at UNC-CH. I can't wait to see what the future holds for her, but one thing is for certain, she's going to be a great nurse! Congrats Gabi! #ShesStillAPackFan #ThatsMyGirl

McCreery sweetly adds the hashtag #ThatsMyGirl, and he is excited for the future. “I can’t wait to see what the future holds for her, but one thing is for certain, she’s going to be a great nurse!” he wrote.

Also, did you know he almost quit the competition during Season 10 of American Idol? He opened up about the situation in a recent interview with Entertainment Tonight. It all came down to one song he wasn’t willing to sing.

McCreery recalled the time when he was assigned to sing the song “Everybody’s Talkin'” from the X-rated movie Midnight Cowboy. “You get on the show, and your life changes, but you as a person don’t have to change,” he said. Behind the scenes of the show, they were requiring him to sing the song, but he stuck to his guns and refused to do it.

The situation went in his favor. He ended up singing George Strait’s “I Cross My Heart,” and then later went on to win the title of the next American Idol.

The 22-year-old singer is currently working on his third studio album. He hopes to release the album very soon with some optimistic and easy-going songs. Be on the lookout!

Be sure to share this adorableness with other Scotty McCreery fans!