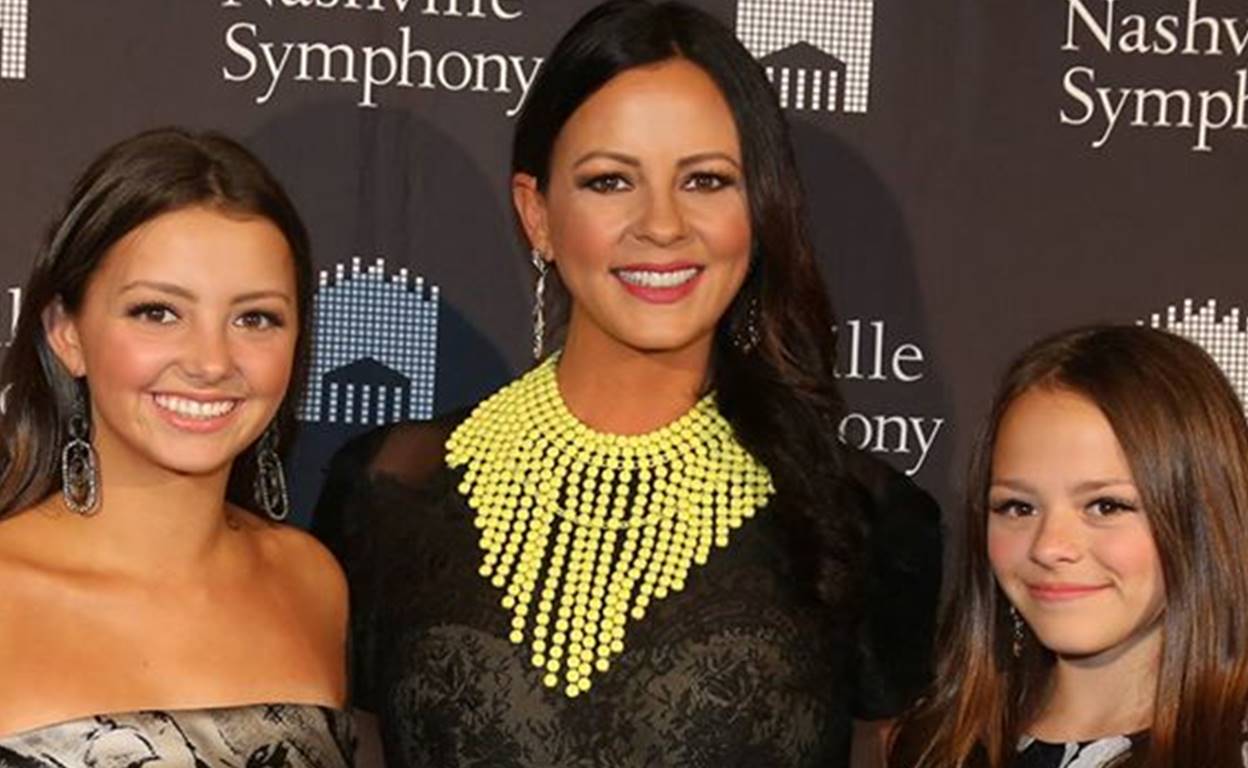 The country songbird has a busy December on her plate! See what Sara Evans has to say about her holiday plans, tour, and children here.

Singer-songwriter Sara Evans has a busy December planned—- a Christmas touring schedule and a house full of children back home in Alabama.

The songstress is currently on her At Christmas tour and recently spoke to the Montgomery Advertiser about her shows and holiday plans.

In 2015, Evans released her At Christmas album, “Last year, we did it to where the first half was just hits, and then we came back and did the Christmas songs,” said the artist about her current tour. “My brother, who is my bass player and my music director, he runs the band and all of our live shows, he decided this year that we’re going to mix them all up. It will be the majority of the Christmas album, and a lot of my hits, and they’ll be kind of interspersed together.”

Headed to Montgomery for the show tonight! Come see us! Montgomery PAC. #atchristmas

After wrapping up her time on the road, Evans and her family will be spending Christmas 2016 in Birmingham, Alabama.

Sara Evans has three children, Avery, Olivia, and Audrey, from her first marriage and husband Jay Barker has Andrew, Braxton, and twins Sarah Ashlee and Harrison. That makes for a blended family of seven kids— four boys and three girls.

“I have three and he has four, and all of them were really young when we got married,” recalls Evans of her 2008 nuptials. “My two daughters, who are now 12 and 13, they really barely remember the wedding. We’ve just had them for so long, and had them together, that they know the drill and everybody gets along great. It’s really a great, happy family. It’s kinda like we’re a clan.”

Being a child of divorce has given Sara a special understanding of her family unit, which is especially important during the holiday season.

“I also came from divorced parents, and so I completely understood what the kids are feeling and what they were going to be needing,” said the starlet. “Just all the emotions that go along with having divorced parents. I feel like to this day I’m still super sensitive about that with them…”

The country music entertainer also shared some sage advice when it comes to navigating a relationship with a fellow parent.

“I think a lot of people who get married to someone with children, if you haven’t come from divorce you don’t really know what that feels like,” expressed Evans. “And so I’m always encouraging parents with stepchildren to not try to control or judge your spouse for the way they parent, or try to be jealous of the parent-child relationship that your spouse has with their child. You’ve just got to just let everything go.”

Share this insightful update with other fans of the Missouri native!