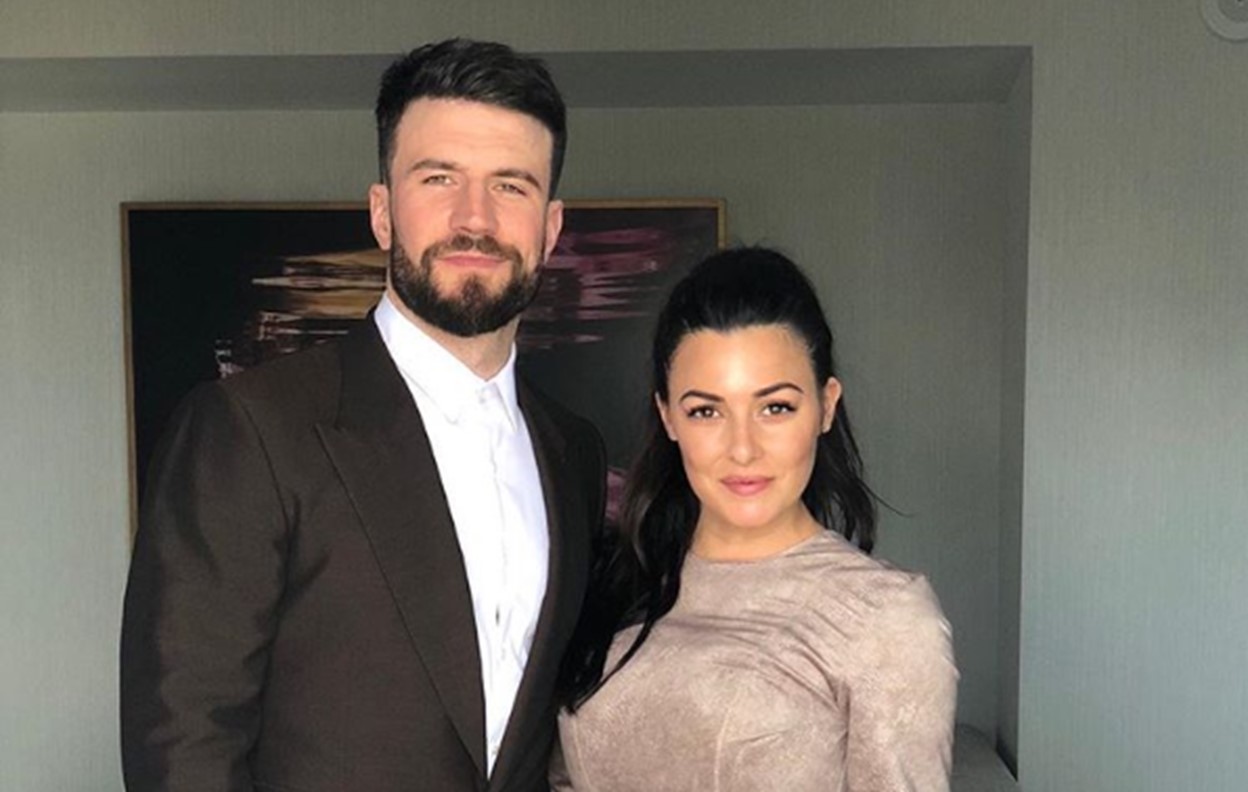 Known for being a top country music hottie, singer-songwriter Sam Hunt talks his wife Hannah, his career, fame, and more!

Sam Hunt, the 33-year-old country music heartthrob, recently spoke to Entertainment Tonight‘s Katie Krause about his wife Hannah Lee Fowler and their relationship during South Carolina’s Bud Light Getaway Festival. The “Downtown’s Dead” star and his beautiful wife have been married for just over a year now. Even though Sam’s popularity with the ladies has not diminished since the beginning of his career, he is actively working to showcase himself differently since getting married.

Sam admits, “From the beginning, I never wanted to sell that. My music… in a lot of the songs, the guy is trying to win over the affection of the female, so I think that created that character that I didn’t quite really plan on creating. So now that I’m married I sort of approach that dynamic a little differently than I used to… I don’t lay into it anymore… Now I just keep it about the music.”

In addition to being aware of how he presents himself onstage, the singer-songwriter also confesses that Hannah keeps his ego in check.

“So we dated well before I had any music out, even when… I barely knew any chords on the guitar and just had no idea what I was doing. Part of it is because she doesn’t put me on a pedestal. That trait, whatever that is, her ability to see through the thing… endears me to her,” Sam shares.

Hannah’s ability to keep Sam grounded, despite all the attention surrounding him, is just one of the many things he loves about being a married man.

“[I’ve enjoyed] sharing life in a more intimate way with somebody. I was out on the road with my guys and the band and… we’re in it on and off the field, I guess you could say, but… we still went home at the end of the day and didn’t really share those successes in the type of intimate way that you share with a spouse: successes, failures, the whole deal, just life. So that has made this journey a lot more enjoyable, to have somebody to go through it with,” Hunt reflects.

Even though his personal life is flourishing, Sam has run into a mental block when if comes to creating new music. He wants to be able to speak through his music, the next step is just figuring out how.

“I’ve been looking for inspiration this past couple of years. [For] a lot of that first record… I wasn’t content in life,” he reveals. “I felt like I had something to say because I needed to prove myself or, I don’t know exactly what it was, but I’m so content and I just don’t turn to music as often to… validate myself.”

Even though a lot of his debut album, Montevallo, came from an angsty place in his heart, Hunt is now trying to reinvent his music where he can turn love and happiness into wonderful songs.

Based on the evolution of his music the Georgia native says, “There’s plenty to write about, it’s just… my inspiration has changed because my life has changed a lot. [Hannah] inspires me, certainly, but the dynamic of our relationship now, compared to then, is a lot different.”

Sam went on to say, “I’ve never written a lot of love songs. Now I feel like my life is full of love and I don’t really know what to do with it, I don’t know how to get that into a song. I know how to get the angst into the song.”

We look forward to hearing more new music from this star as he figures out his new musical angle.