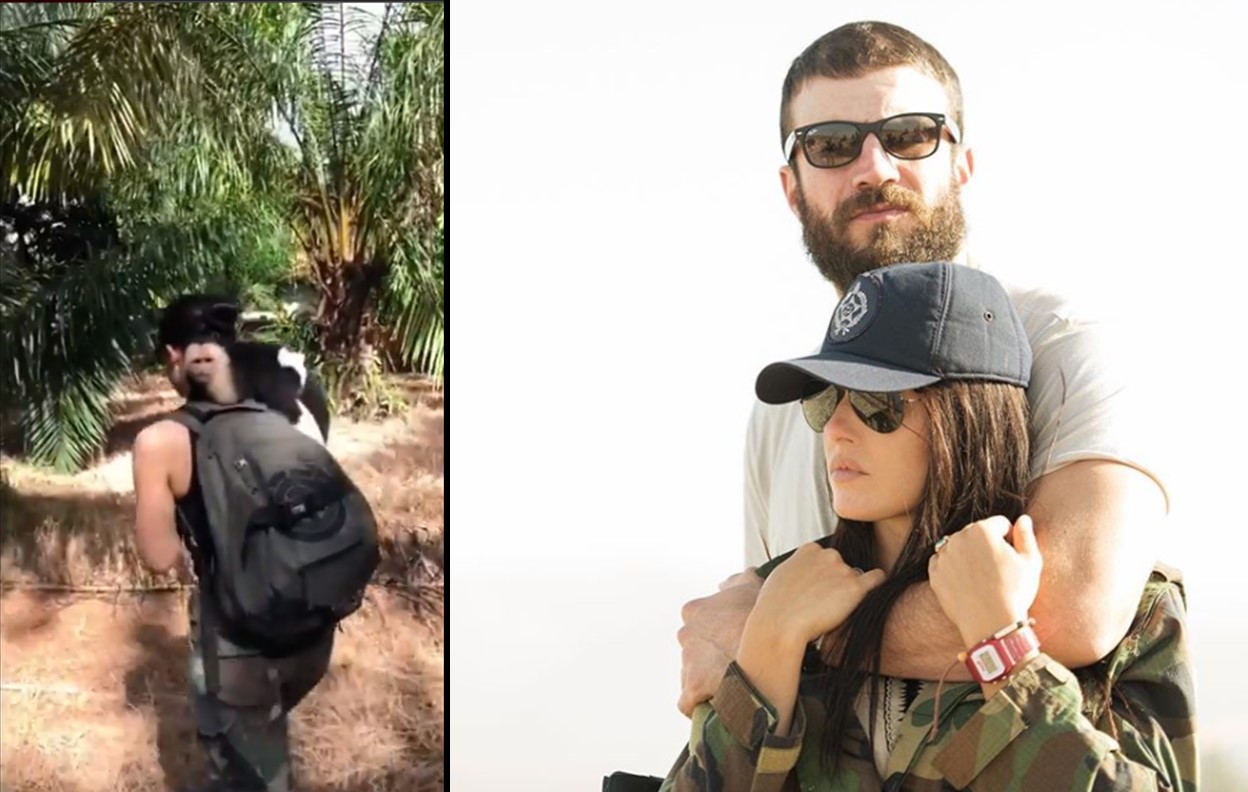 No really, country music star Sam Hunt and wife Hannah Lee made a monkey friend while in Central America. Watch the video...

Country music phenom Sam Hunt and his wife Hannah Lee are currently in Honduras on a trip to help provide humanitarian aid. Sam’s wife is a nurse and is passionate about helping others in need around the world.

“While I was in Nashville trying to get things going with music, Hannah was providing medical care to Hondurans during the 2009 coup. She was working in Syrian refugee camps and delivering Kurd babies in northern Iraq during the 2014 elections. She spent time in Israel where she helped with a feeding program and worked with Holocaust survivors,” Sam proudly shared via Instagram about his bride.

“Her heart for humanity is one of the things I admire most about her but she’s put her ambitions on hold to be with me for the past year and a half,” the singer-songwriter continued. “This winter, thanks to the people who’ve supported me and my music, I’m able to go with her and be a part of her dreams as they’ve become mine. If you’ve ever bought a record or come to a show, God bless you for giving us this opportunity.”

The pair’s Central American adventures look epic. Besides making connections with other people, Sam and Hannah also befriended a monkey wearing a diaper. Seriously. The Georgia native humorously captioned the hilarious video below with, “These monkeys are evolving. Mamas are putting diapers on their babies.”

These monkeys are evolving. Mamas are putting diapers on their babies.

How random is that?! The monkey looks quite pleased as it hangs onto Hannah Lee’s backpack and stares back at Sam. Here are some other fun looks at the couple’s travels.

Sam had trouble with his bike and needed a quick Spanish lesson from Hannah Lee.

Bike is viejo so I had to bump start it and scoop up my Spanish tutor on the go.

Sam’s brother-in-law couldn’t resist poking fun at the pair and made a video depecting what they’ll be like at home once they return to the United States. Very telenovela with some really elaborate costuming…

My brother n law @millee.g just sent this. He says this is going to be Hannah and I when we get back to the states. Soap Opera style. 😂😂😂

We wish this newlywed couple the best as they strive to make a positive impact on the world! Safe travels! Be sure to share this awesome update with other fans of Sam Hunt and Hannah Lee!