Sam Hunt Gushes About His Marriage to Wife Hannah Lee 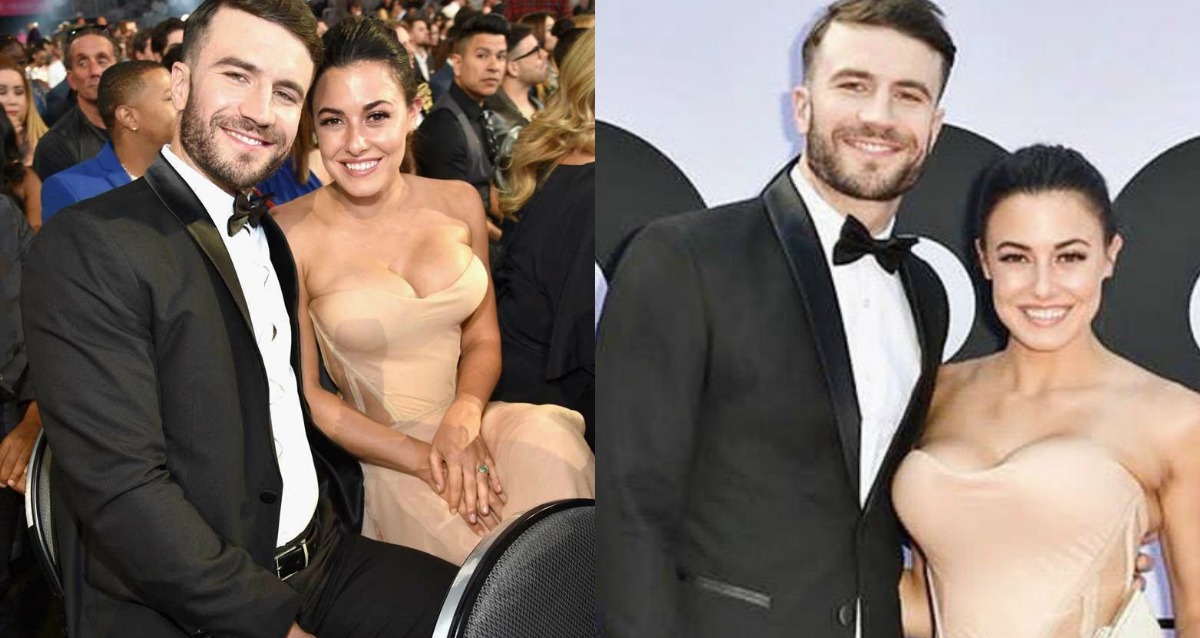 “She’s beautiful. I did really good!” Hunt exclaimed with a smile on his face. We agree, check out their big red carpet debut below!

The “Body Like a Backroad” singer married Fowler in a small intimate ceremony this past April and since then he has had no regrets. He even has gushed about his newest accessory, his wedding band.

“It feels great — there’s a spiritual strength to it [the ring], and I feel a little bit taller now that I’m wearing it,” he told E! News.

As you can see in this video below, Hunt seems to be having a lot of fun in his new marriage:

They can only tolerate me for so long during turkey season

Fowler has been inspiring her husband since the very early days of their relationship. She is the reason he named his first studio album Montevallo, after a town he had never even visited!

“I didn’t actually live in that town,” Hunt said back in 2014. “I had never visited Montevallo, but right before I left to go to Nashville I met a girl from there. A lot of the experiences I had with her and the relationship I had with her, that inspired a lot of the songwriting on the album.”

Sam Hunt continued to personify his relationship with Fowler throughout the years. The couple was on again and off again until their engagement and marriage. You get a really intimate insight into their relationship in Hunt’s recent song “Drinkin Too Much” where he addresses his wife directly in the lyrics below:

Now it seems like the pair have traded in the hard times for joyous ones. We wish Sam Hunt and his wife the best of times and a beautiful life ahead!

Check out the latest video from Sam Hunt, the lryic video for “Body Like A Backroad” below!

Share this with other fans of Sam and Hannah!