Sam Hunt and Carrie Underwood Prepare for a Huge Performance! 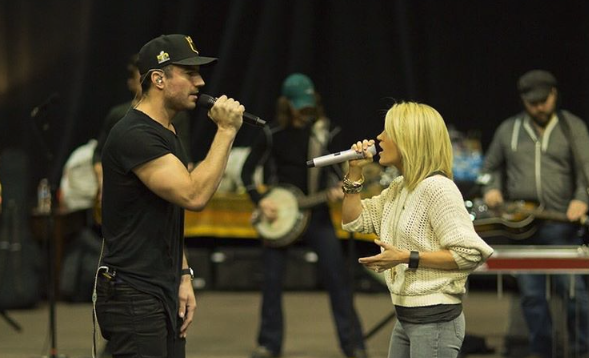 Carrie Underwood and Sam Hunt will be performing at the Grammys on Monday, check out how they're getting prepared.

Sam Hunt and Carrie Underwood have a big night coming up. The two will be performing a duet on music’s biggest night, the Grammy awards.

Hunt, who is nominated in the Best New Artist category as well as Best Country Album for his debut record Montevallo, will be sharing the stage with the Grammy veteran Carrie Underwood.

Both singers took to Instagram recently to show some behind the scenes photos of themselves rehearsing and getting ready for their big performance. Checkout the images below.

Excited to be playing with Carrie Underwood on The GRAMMYs this Monday.

There’s been no word yet on what songs will be performed by the duo, but there’s a good chance they’ll be playing Carrie’s song “Heartbeat,” which Hunt sang on off her new album Storyteller.

The 58th Grammy Awards is set to air on CBS this coming Monday, February 15th so make sure you tune in. Taylor Swift will be opening up the show and many other country stars will be making appearances as well.

To read more trending news about Sam Hunt click the button below.