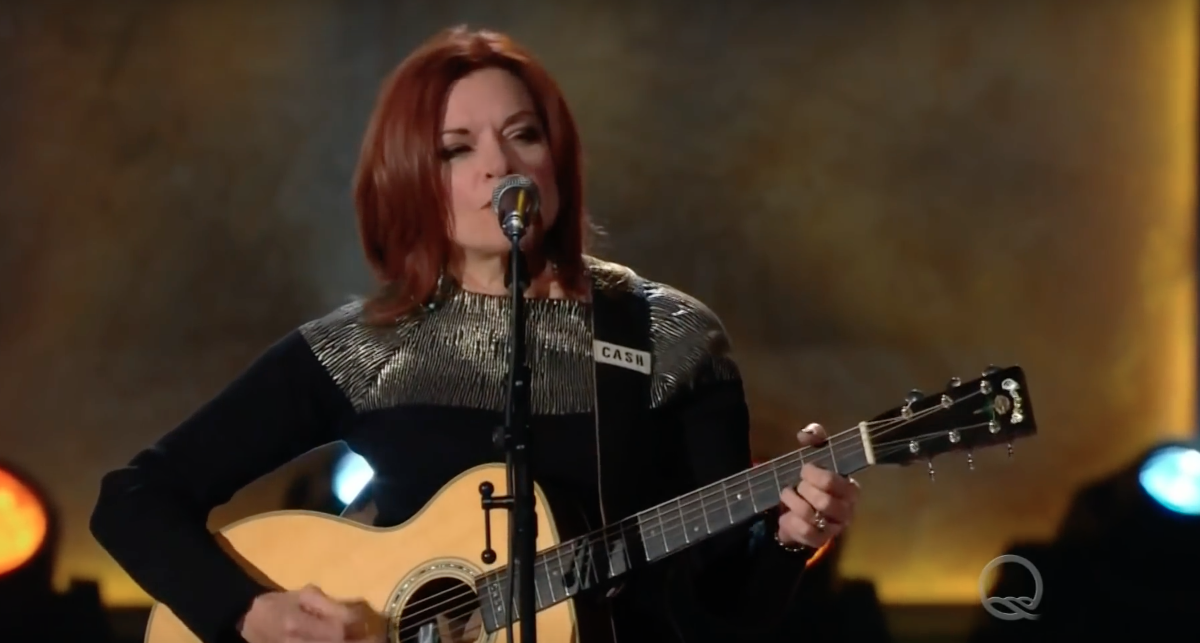 Rosanne Cash kills this classic! Her soulful style rings through every chord of “Pancho and Lefty,” originally recorded by Townes Van Zandt in 1972. The song tells the story of the bandit Pancho’s untimely death, and the insinuation of Lefty’s betrayal of Pancho.

The song has been covered by many, most famously by Merle Haggard and Willie Nelson. Rosanne Cash performed her own rendition of the timeless classic at the Gershwin Prize awards ceremony in honor of Willie Nelson. Enjoy the performance below!

Living on the road my friend,
Was gonna keep you free and clean
And now you wear your skin like iron,
And your breath as hard as kerosene
You weren’t your mama’s only boy,
But her favorite one it seems
She began to cry when you said goodbye,
And sank into your dreams
Pancho was a bandit boy,
His horse was fast as polished steel
He wore his gun outside his pants
For all the honest world to feel
Pancho met his match you know
On the deserts down in Mexico,
Nobody heard his dying words,
Ah but that’s the way it goes
All the Federales say
They could have had him any day
They only let him slip away
Out of kindness, I suppose
Lefty, he can’t sing the blues
All night long like he used to
The dust that Pancho bit down south
Ended up in Lefty’s mouth