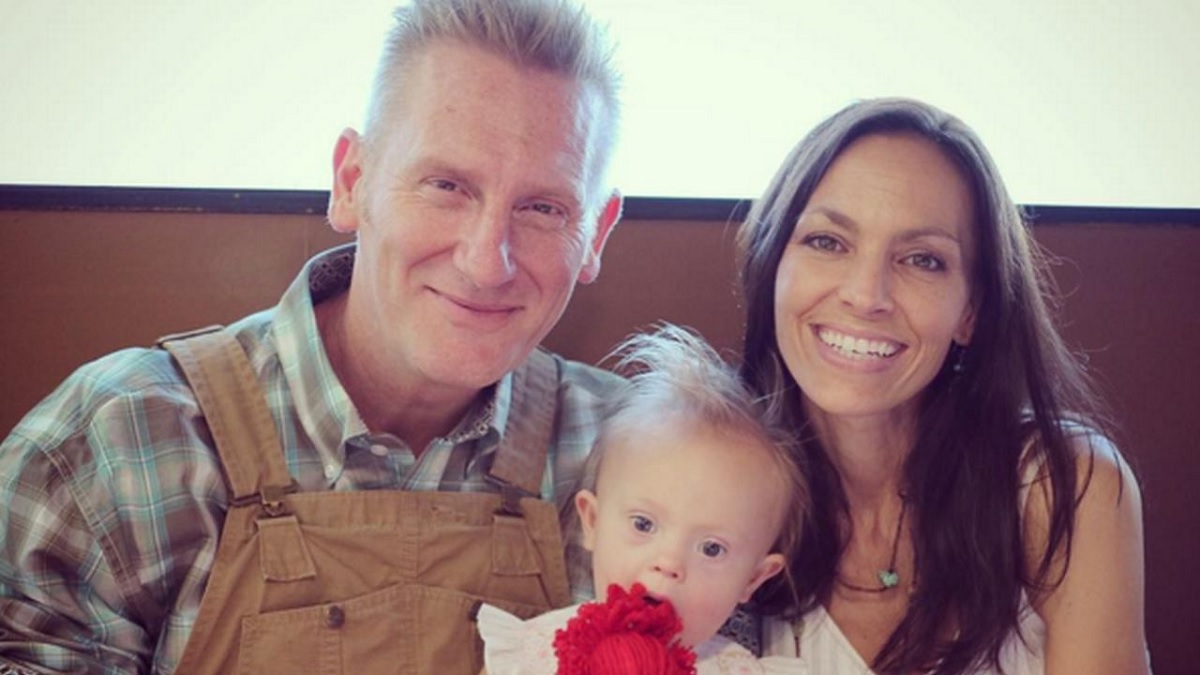 Rory Feek showed amazing strength and perseverance as he has documented his family's journey and released a moving documentary film tribute "To Joey with Love".

Joey and Rory Feek’s simple plans of taking a break from music and focusing on homesteading and raising their young daughter in their tight-knit Tennessee community took a wild turn with Joey’s cancer diagnosis and worsening condition. Even during that difficult time which eventually concluded in Joey’s passing on March 4, 2016— Rory kept the filming of the family’s life together going.  Rory film “To Joey with Love” was initially show in select locations for just two nights starting on September 20, 2016.

“Like writing this blog, something told me that I needed to capture that time of our lives on film. To have it forever. To be able to remember it and share it with others. I had no idea how important it would be. Especially to me,” the grieving widower expressed in a recent blog entry.

As Rory stated in his “This Life I Live” blog, “a full-length documentary film that begins the day I got out my camera a few weeks before Indiana was born in February of 2014 and runs up until this past spring.  A film about our lives during that two-and-a-half years.  Our love.  Our struggles.  And even more so, about our faith in God and our hope in a plan… bigger than the one we can see with our own eyes.”.   Here is the official move trailer for “To Joey with Love”:

To Joey, With Love (Official Trailer)

The songwriter bravely revisited the hours footage he shot before Joey’s cancer stole away her strength and vitality. “As I set at my desk in mid-April, and plugged in the hard drive that held 6 terabytes of our lives – hundreds of hours of footage, I wasn’t sure I could watch it. That I could bare looking at our lives before. I thought it would be too painful. Too hard. But the moment I pushed play, something happened…My wife came to life. In full-color on the big screen of my iMac, Joey became alive again… filled with love and joy and hope and passion for me and for the life God had given us.”

Through this captured media, Rory was able to dull the painful memories of Joey in hospice care and recall much happier memories with his beautiful and loving wife. Viewing these films has given Rory a sense of healing and a clearer view of the Feek family’s incredible story— and the next steps he plans on taking.

Rory shared how the documentary film came to be writing, “Joey and I have a friend named Ben that runs Provident Films here in Nashville and like many others, he has been following our story and hurting and praying for us for the last year or so.   When I shared some of the hundreds-of-hours of footage with Ben that I had been putting together the last couple months, he and his team offered to help turn that footage in to something greater than just a few small videos on the blog that I write.   To turn it into a film.”

The release of the trailer has been an emotional journey for Rory and the family.  Rory shared, “I have not cried beside Joey’s grave.  I have talked and prayed and sat still beside her cross for hours, but not really cried.  Not until yesterday when I shared this trailer with her, or at least tried to.  For our anniversary.  And I wept like a baby.

I also shared it with Joey’s family when I was home last weekend.  With her mama and daddy and her sisters.  And like me, they cried and felt the power of watching her come to life again.  Most people know Joey and I for the five months we spent in Indiana – the beautiful, terrible days and weeks last fall and winter that we intimately shared through my blog posts.  They got to see Joey die.   To see her face death bravely and pass to the other side with honor.  But I’d like for people to have the chance to see my wife live.  To see the incredible woman that she was before the doctors said there was nothing more they could do… so they can better understand the amazing impact she’s had on me and everyone around her after she learned that the end was coming”.

The documentary film was available in select theaters on September 20th, 2016.   For information about the film visit the website, tojoeywithlove.com (developed by Provident films).   Joey Feek will always live on in her music, in our hearts and now in a beautiful documentary film about the life of one incredible woman and her beautiful family.