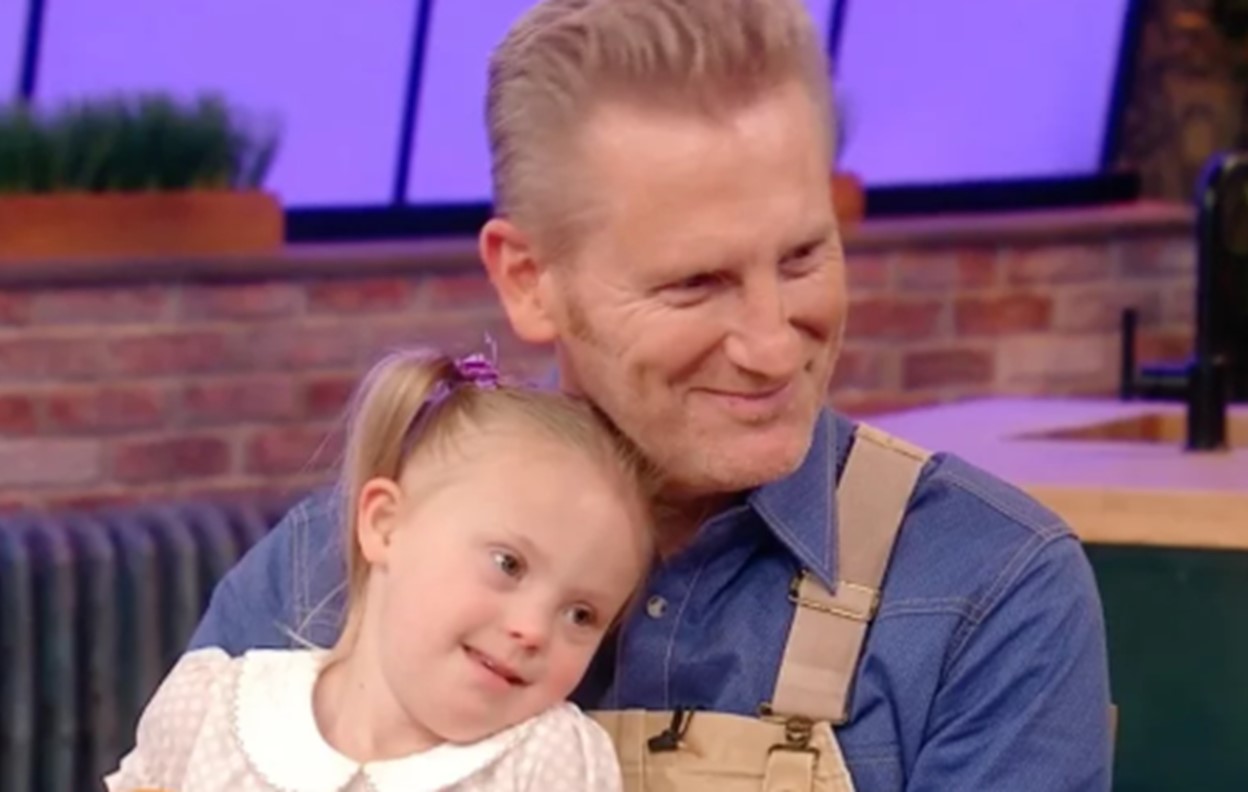 Country music artist Rory Feek, 53, and daughter Indy, 4, appeared on the Rachael Ray Show today to promote his brand new children’s book, The Cow Said Neigh!: A Farm Story. The book tells a story about some peculiar farm animals who wish they were like other animals on the farm. Learn more about the book and how to order it here.

Prior to little Indy joining Rory and Rachael at the table, the country star revealed how his late wife Joey ensured he and his youngest daughter would have a close relationship before she passed away due to cervical cancer in March 2016.

“She told me, ‘I’m going to push the baby away,’ who was 2 … and make me greater in the baby’s life and her less because she knew it was going to be a transition. I wouldn’t have done that. I think I would’ve said, ‘You get forever with her; I want all of it right now.’ But she had an understanding of a bigger picture,” Rory explained.

What a loving and selfless act on Joey’s part. Obviously, it worked since Rory and Indy clearly have a beautiful father-daughter bond. One activity the pair love to do together is read and Rory decided take a big step and write a children’s book of his own.

During their time on the program, Rory shared what prompted him to create a book for kids, “I love kids’ books. I read ’em to Indy all the time. So this idea kinda came to be and we got a chance to follow it all the way through and it’s been so fun.”

“I’ve really loved it,” Feek admitted. “I think it’s something I want to do a lot more of.”

Watch a clip from Rory and Indy’s time on the Rachael Ray Show below!

Share this update and catch the full interview when it airs on Monday, October 8th!