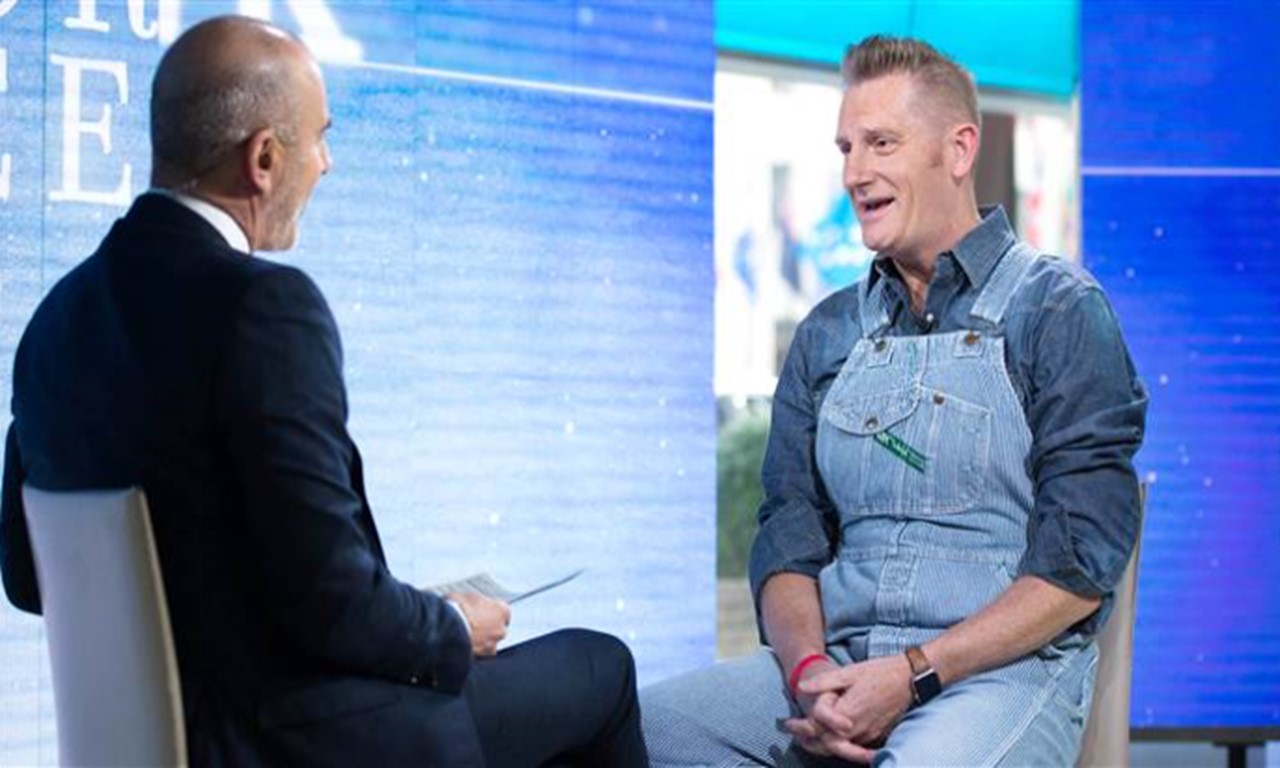 Country music artist Rory Feek had a lot to discuss while on NBC's TODAY. Enjoy his insightful and inspiring interview right here!

On the heels of accepting the Grammy Award for ‘Best Roots Gospel Album’ for Hymns, Rory Feek appeared on NBC’S TODAY to chat about Joey + Rory’s bittersweet win, life after the loss of Joey, their daughter Indiana, and what’s on the horizon.

“My first thought was, ‘Really? Really?’ because it’s been an amazing year for the album,” Rory quipped when asked about his reaction to their Grammy victory. “We knew it would be special for us, but I don’t think we had any idea of how special it would be for other people and where it would lead.”

Besides keeping fans updated through his This Life I Live blog, Rory also opened up to Matt Lauer about little Indy’s progress. “She turns 3 this Friday. So as exciting as the Grammy’s are, that’s a little more exciting for us. She started taking steps and she really took about eight steps at her little school—she goes to a special needs school in Nashville. I told her ‘I’m so proud of you, Indy,’ because she’s turning 3. I said, ‘A lot of kids don’t learn to walk until they’re 1’. It’s amazing especially when you take the pressure off the expectations so if they can just do it the way that they need to do it and we just celebrate it, it doesn’t feel late.”

NBD JUST THE CUTEST THING U HAVE EVER SEEN

During his time on the program, Rory also discussed his new book, This Life I Live, which was released today, February 14th. Listen to his wise words about faith and his down-to-earth view of his marriage below!

“Sometimes faith can change everything,” Rory explained. “Just faith in something greater than what you lived before. It doesn’t matter where you came from. I’m an unlikely person to be part of an amazing love story. I hope that’s an encouragement to others.”

Despite all the hardships and the loss of his true love, Rory remains optimistic.

“I see an amazing journey that God has in store for all of us, for my children and I, and Joey‘s going to be part of it,” Rory stated. “He’s still going to be giving us a great story. It’s going to be different.”

Rory’s strength and perseverance are truly something to behold. Be sure to share this new interview with others following the Feek family’s incredible story!