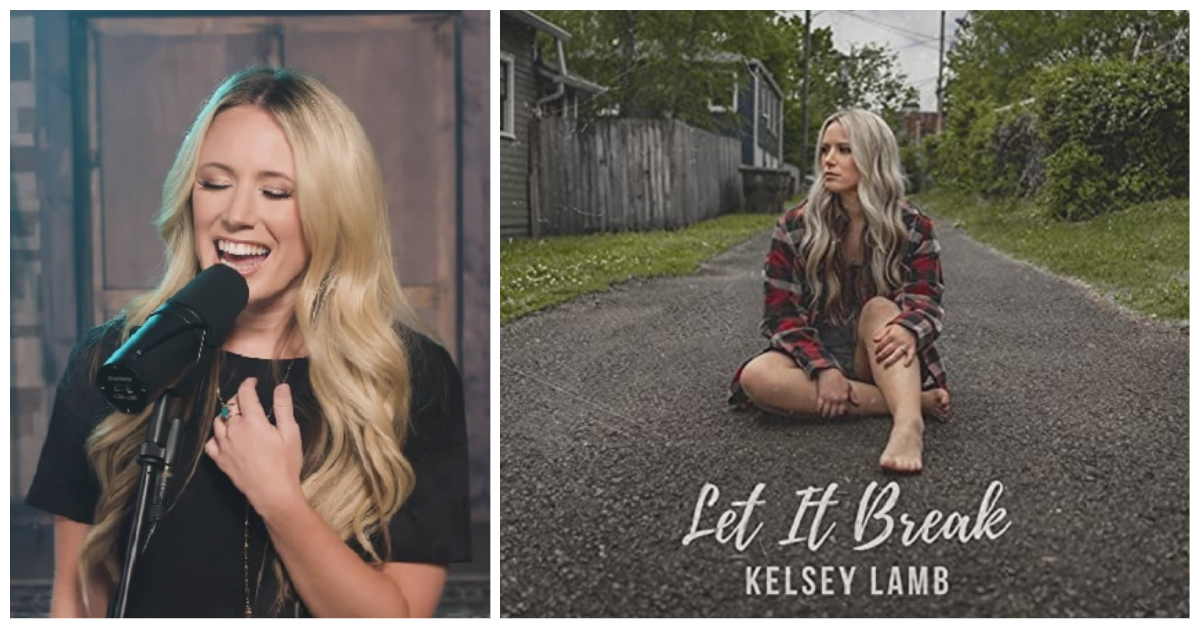 Kelsey Lamb released a new song on June 4, 2021 titled “Let it Break”.  With poignant lyrics and a sunny southern charm, country songwriter and singer Kelsey Lamb is a rising country music star to watch. Kelsey was raised in Little Rock, Arkansas and has been performing since she was ten years old.   Lamb has performed at venues (large and small) as both a headliner and opener, including opening for Kenny Rogers in Duqube, Iowa on his farewell tour.  She ventured to Nashville, TN to pursue her country music career and has released several successful country singles.

Her latest song is all about getting over a broken heart.  Kelsey shared, “I wrote this song for my best friend a few years ago when she had her heartbroken… it’s called “let it break” & i hope it reminds you that it’s okay to feel broken sometimes“.

“Click” the play button below to listen to “Let it Break” on your favorite music streaming service (e.g. Spotify, Amazon, Apple Music, etc.) or check out the YouTube audio video below.

Listen to “Let it Break” via the YouTube audio video below.

Lamb originally wrote ‘Let It Break’ in 2019 with Taylor Goyette and Jean Nolan.  She played a portion of “Let it Break” on TikTok and saw how much fans connected with it.  Based on the positive TikTok fan appeal, Kelsey decided to release a complete version of the song.

As a singer-songwriter, Lamb has made a name for herself as a country/pop vocalist with a rich, emotionally transparent voice.  She has drawn her country music influences from the likes of Alison Krauss, Miranda Lambert, Carrie Underwood, Thomas Rhett and Tim McGraw.  Kelsey has also released prior country music singles including “Girl At The Bar” and “Who’s Counting”.   “Click” the play button below to check out more of Kelsey’s Country songs.

For more information about Kelsey Lamb, you may follow Kelsey at:

Remember to “share” Kelsey’s Let it Break song with other Country Music fans.