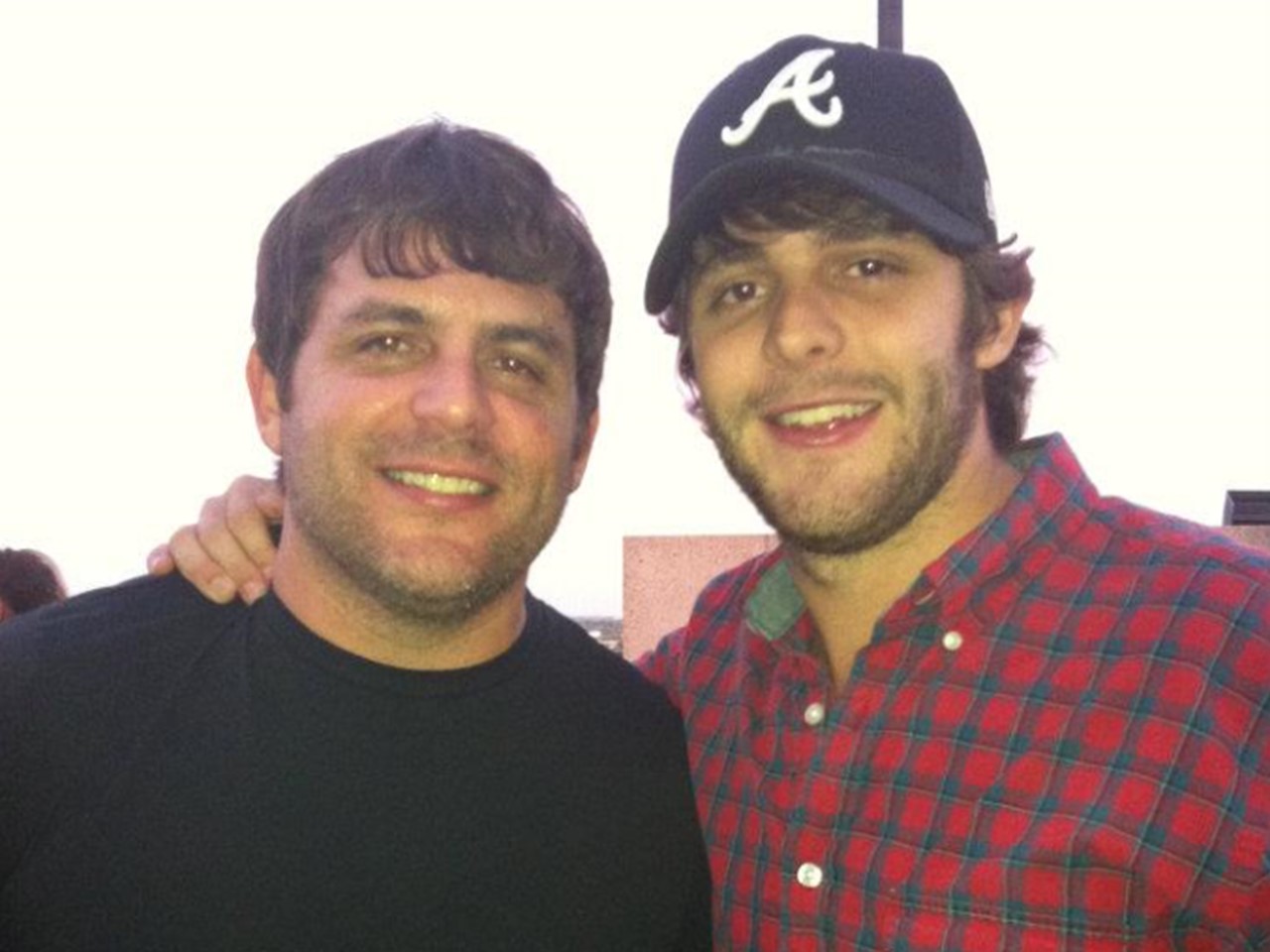 Thomas Rhett has emerged as a country music star since he burst onto the scene in 2010, and his father Rhett Akins could not be more proud.

Every father dreams of success for their children and Rhett Akins’ wish came true in a big way. Country star Thomas Rhett followed in his singer-songwriter father’s footsteps when he pursued a musical career, but his dad still can not believe the popularity Thomas Rhett has attained. However, when asked to comment on Thomas’ achievements, Akins replied to the gathered media outlets, “I’m more proud that everybody thinks that he’s such a good person and the love that he and Lauren have. I’m more proud of the way he’s grown up and become a man.”

What a crazy night peoria, IL!! So pumped to have had @officialrhettakins out to sing that ain't my truck for 9 thousand people!! I feel blessed and blown away. #hometeamtour

Thomas Rhett’s hit songs such as “Die A Happy Man,” “Crash and Burn” and “T-Shirt” have placed him into an elite group of country artists, and Rhett Akins is still shocked watching his son perform. In fact, Akins aims to attend as many of his son’s concerts as possible, often joining Thomas on stage. When asked about Thomas’ potential, Rhett Akins said, “It’s just really weird to see him in this position to where he’s not far away, if he keeps going, from being Luke [Bryan] or Jason [Aldean] or Eric Church or any of those guys.” Akins also suggests that he is still learning from his son, both musically and as a father.

The young star also shares an incredible relationship with his wife, Lauren Akins. Thomas and Lauren met years ago as children and celebrated their 4th wedding anniversary in October. They recently shared some exciting news. Not only is the young couple adopting a child, but Lauren is also pregnant with a baby girl!

Be sure to share this with other Thomas Rhett fans!