Remember when Dolly, Tammy, and Loretta Released an Album Together? 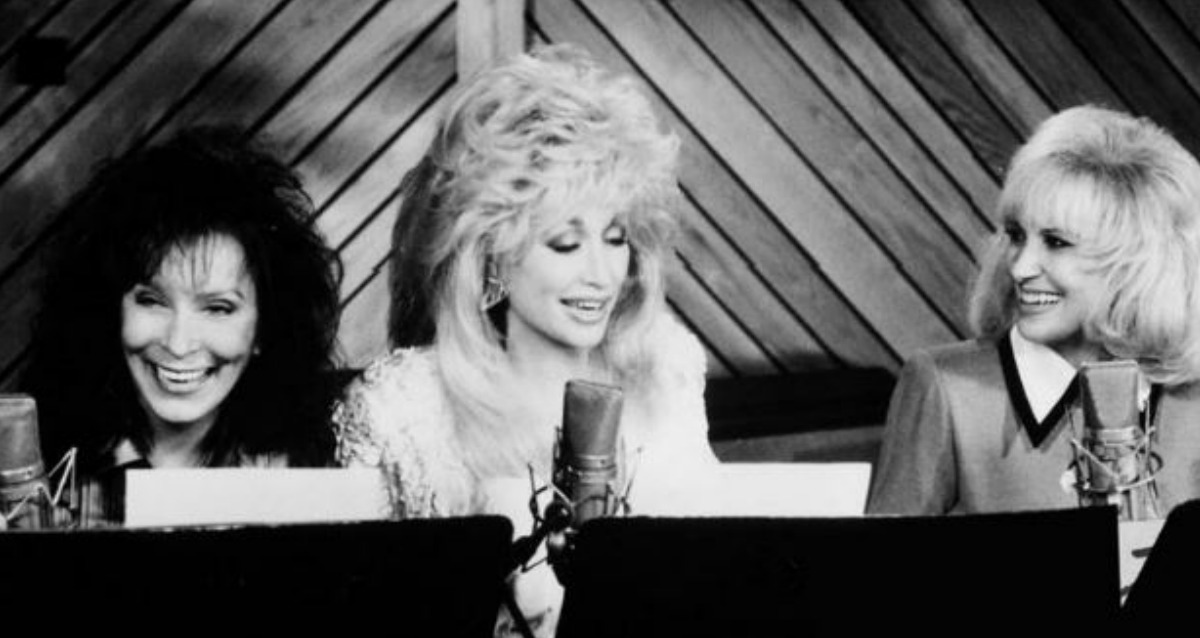 The Honky Tonk Angels was a collaboration between Dolly Parton, Tammy Wynette, and Loretta Lynn, and it was as magical as it sounds.

Back before there was Miranda Lambert and Carrie Underwood, there were three country music queens that reigned supreme as the Honky Tonk Angels.   Dolly Parton, Tammy Wynette, and Loretta Lynn paved the way for women in the country music world and we are still celebrating them today.

However, something that some people may not know is that these three female artists joined together to form a trio and released an album titled Honky Tonk Angels in 1993. Only one single was released to radio, “Silver Threads and Golden Needles” , and sadly it did not get a lot of airplay.

However, the trio did make a music video for the song, and the result was nothing short of amazing. The ladies decided to involve all their male country music friends in a spoof on how hard it is to get backstage to see them at a show.

“Don’t Think Twice It’s Alright” singer Chet Atkins is the first “friend” to come visit them, but of course the stern security guard doesn’t recognize him and keeps him from going backstage. The kicker is that while Atkins is stuck outside, the Angels get visits from Ricky Skaggs, Rodney Crowell, Bill Anderson, Jim Nabors, Little Jimmy Dickens, Marty Stuart and Ronnie Milsap. You can’t help but feel a little sorry for ol’ Chet!

Atkins, of course, eventually makes it back to see his friends and watching the video is a pure delight!

While their radio single didn’t do very well, their album sold very well! It hit #6 on Billboard’s country album chart, where it spent 24 weeks and was also #42 on Billboard 200, the pop album chart success was Loretta Lynn’s highest until her 2005 album Van Lear Rose.

You can see the track listing for the album below, which is still available on iTunes to buy! There are covers and originals written by each of the “Angels”.

*Writing credit is beside the song title.