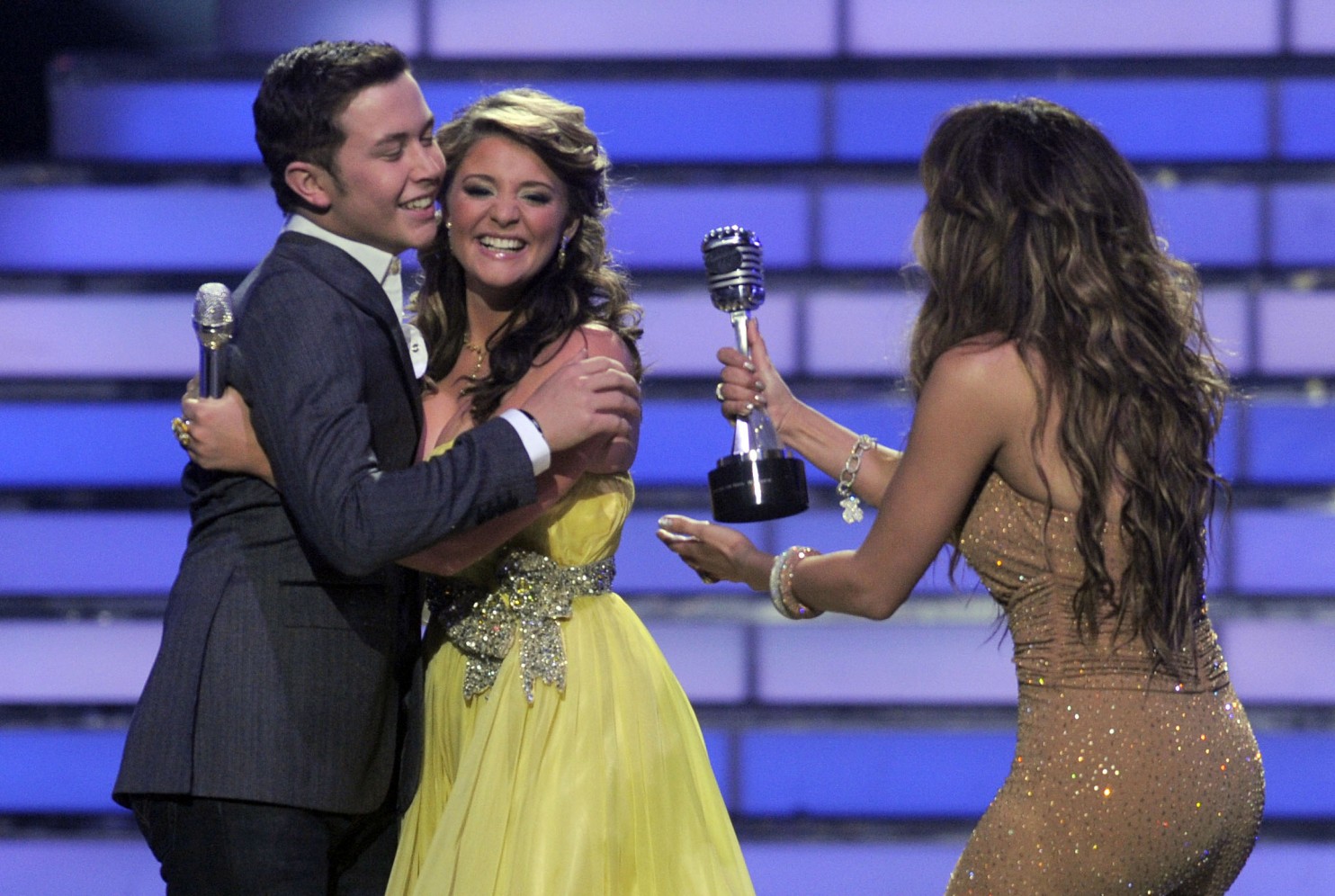 On Season 10 of American Idol, Scotty McCreery became one of the youngest winners in show history--- and Lauren Alaina was the runner up.

Back in 2011, Scotty McCreery won Season 10 of the iconic singing competition, American Idol. He became one of the youngest winners in the history of the show at the age of 17. Check out these throwback auditions from the two country singers below!

The North Carolina native had an unusual journey to the top. From the time he auditioned, he immediately received attention. His uniquely deep voice sounded rich and very well-developed. It was almost strange coming from a young and gangly-looking kid, but he sang like a pro. The judges were surprised by his talent.

Clearly a country artist from the beginning, McCreery sang Josh Turner‘s “Your Man” for his audition, which quickly showed the judges his low register. Judge Steven Tyler then asked him to show the higher part of his singing range. So he responded by singing Travis Tritt‘s “Put Some Drive in Your Country.”

Tyler’s priceless reaction was quite humorous. “Well hellfire, save matches, f–k a duck and see what hatches,” Tyler exclaimed.

Lauren Alaina‘s audition was also unforgettable. She showed off her talent right away when she sang Faith Hill‘s “Like We Never Loved at All.” The judges were floored. They had at least two solid contenders who could become the next American Idol.

Scotty McCreery went on to dominate the competition with one solid country performance after another. He became a favorite of both the fans and the judges. The competition came down to two people, McCreery and Lauren Alaina. He became friends with the fellow country singer throughout the season. In the end, the fans chose McCreery to take the crown.

During the two-hour finale show, McCreery, a devout Christian, started by thanking God for his victory. He also sang his debut single, “I Love You This Big,” while hugging his family and the other contestants.  Scotty became the winner of Season 10 of American Idol on May 25, 2011.

Since the competition, he released his debut album, Clear as Day, in 2011. A Christmas album followed in 2012, and See You Tonight in 2013. Now 23 years old, he recently released a new single called “Five More Minutes.” Check it out!

It is fitting that this pair of American Idol alums both made their Grand Old Opry debut on June 10, 2011.  Don’t forget to share this throwback with other fans!