Reba McEntire Returns to Rodeo Where She Got Big Break [Video] 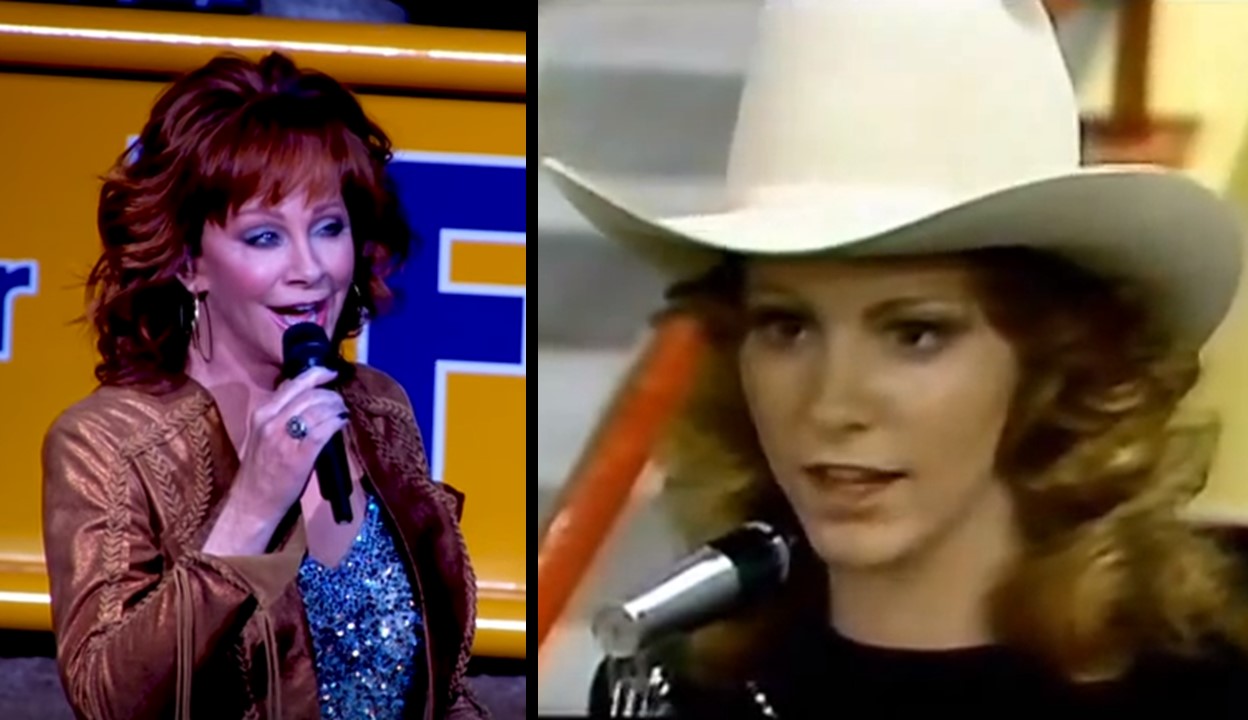 Country music star Reba McEntire was discovered while performing the national anthem at a rodeo. The songbird recently returned to perform once again...

Country music icon Reba McEntire rose to stardom from humble beginnings in her hometown of McAlester, Oklahoma. Her earliest memories of performing were in her high school band, followed by local radio shows with her siblings, and at rodeos. Reba’s passion for music continued through her college years at Southeastern Oklahoma State University, where she was studying to be an elementary school teacher.

When Reba was hired to sing the national anthem at the National Finals Rodeo in 1974, she had no idea that this performance would change her life and kick off her storied country music career. Country music artist Red Steagall, who was also performing at the event, was impressed by her voice and helped her make the jump to Nashville, Tennessee. Just a year and one demo tape later, she signed her first contract with Mercury Records in 1975.

On Friday, December 15th, Reba returned to the National Finals Rodeo in Las Vegas to once again perform the national anthem. Watch the country music songstress reflect on her full circle moment below!

“I can’t believe I am back here all these years later singing the National Anthem,” Reba shared in the video clip. “It feels really strange without Red Steagall being by my side or Clem McSpadden being here. Red is in the audience tonight though, that’s what’s really fun. But without Clem it’s real sad and I miss him a lot. He was the reason I got to sing the national anthem. Daddy said, ‘Reba instead of going up, partying having a big time, why don’t you get a job.’ I said, ‘Why?’ I didn’t see a problem with me just going up and having a good time. But he said get a job singing the national anthem. So, I did and I guess if I hadn’t have done that I wouldn’t have a recording contract today.”

Wow. Imagine if Reba hadn’t scored that gig! Country music wouldn’t be the same in a lot of ways.

Check out her debut single “I Don’t Want To Be A One Night Stand” below!

Share this trip down memory lane with other fans of the Oklahoman!