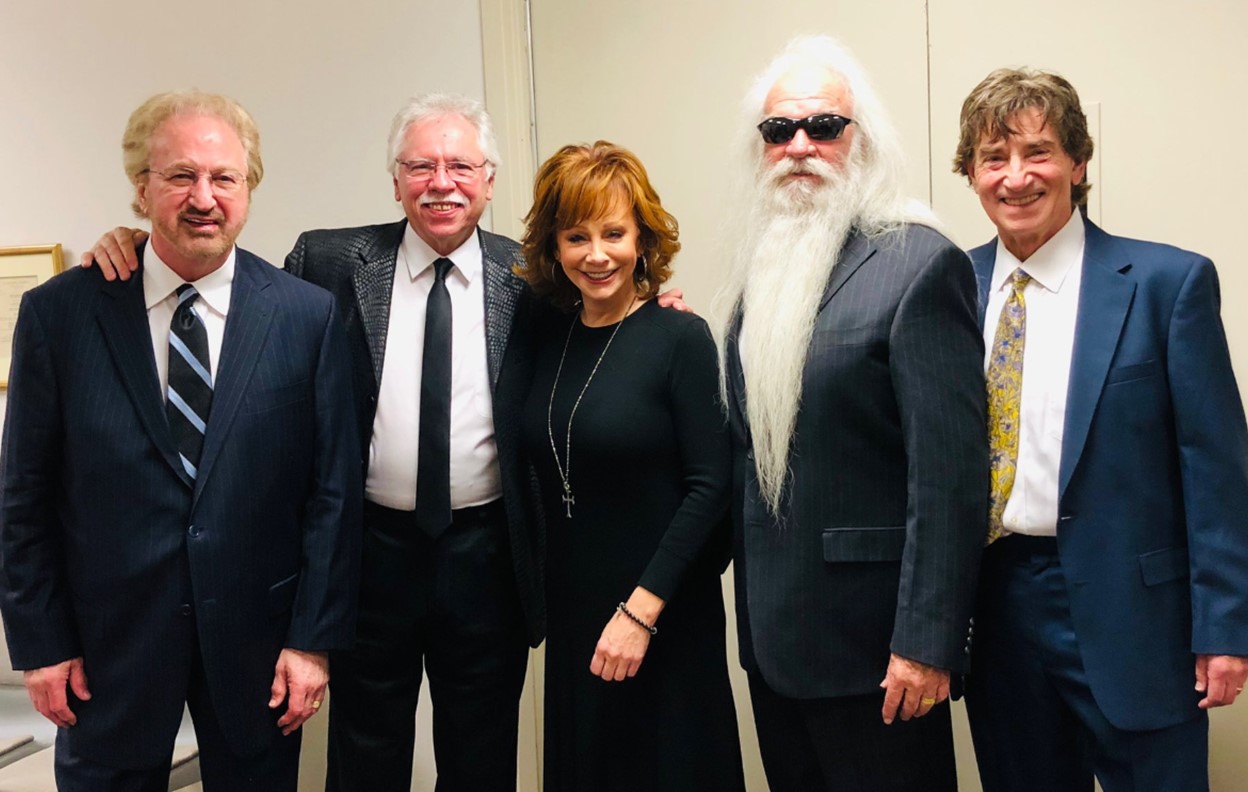 The Oak Ridge Boys, one of the former president’s favorite musical acts, sang “Amazing Grace” and Reba McEntire had the honor of singing “The Lord’s Prayer” during President George H.W. Bush’s funeral at St. Martin’s Episcopal Church in Houston, Texas. According to the Associated Press, the Thursday morning (Dec. 6) service was attended by about 1,200 mourners.

“For decades we have sang for him, and this is, again, a real honor to be here. What a lot of people may not know is he fancied himself to be a good bass singer. He was not.” the group humorously shared before breaking into song. “We’ll sing for our President.”

Watch the the Oak Ridge Boys perform their heartfelt farewell to their longtime friend and America’s 41st president.

“President Bush means so much to us,” Oaks singer Richard Sterban shared with the Tennessean prior to the funeral. “There’s no way we wouldn’t do it. He always taught us to do the right thing, and it is a tremendous honor. One final time here on this earth, we’re going to sing it for him and we believe in our hearts we’ll see him again one day and we’ll sing it for him again.”

Reba McEntire’s equally moving performance came towards the end of the ceremony.

George H.W. Bush’s body is being transported via funeral train to his final resting place. The Massachusetts native is to be buried at his family plot on the Bush presidential library grounds at Texas A&M University in College Station, Texas, later in the day (Nov. 6). His wife of 73 years Barbara Pierce Bush and daughter Robin, who passed away at 3-years-old due to leukemia, are also buried at this location.

After Barbara’s death in April 2018, Bush released a statement through his spokesman, saying in part, “We have faith she is in heaven, and we know life will go on — as she would have it. So, cross the Bushes off your worry list.” On the day of his death, his friend and former Secretary of State, James Baker, told the 94-year-old Bush that he was going to heaven. Bush replied “Good. That’s where I want to go.”