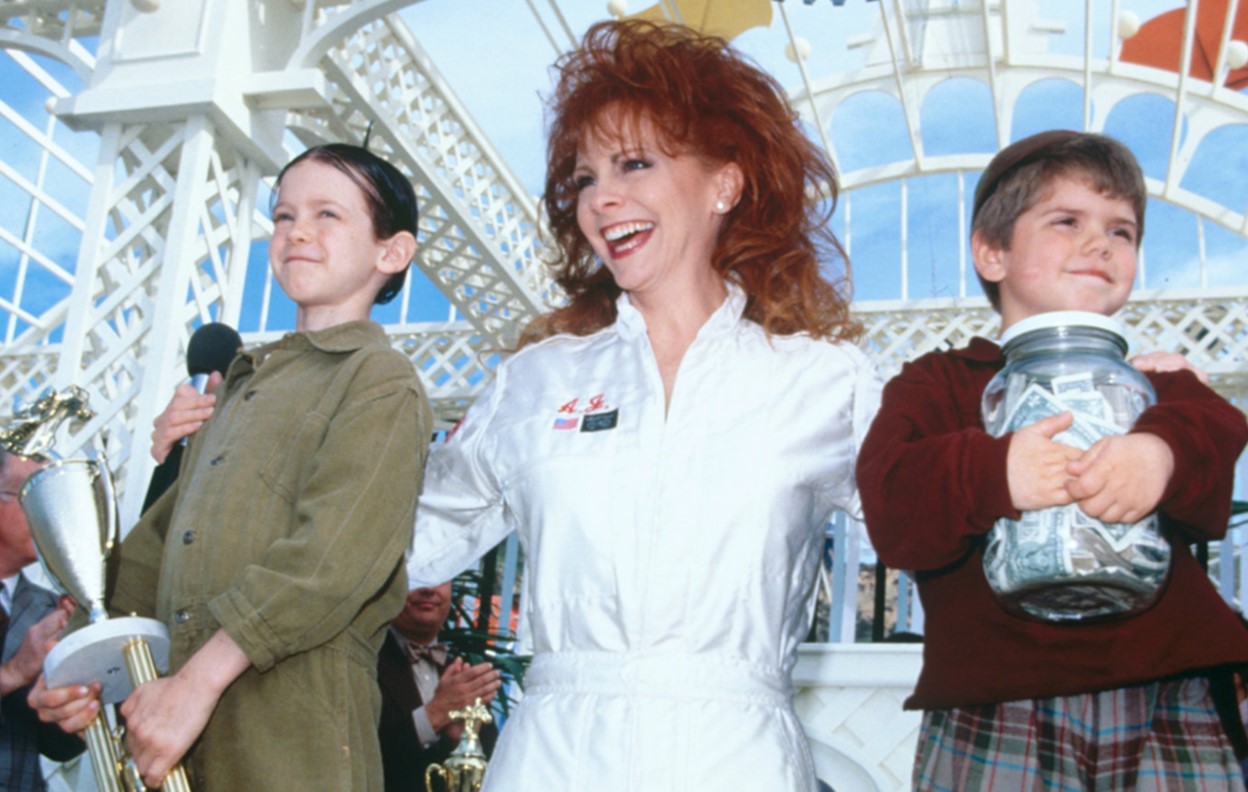 Can you name every single Reba McEntire movie appearance? The country music entertainer is no stranger to the movie set! Take a look back at her roles...

Country music entertainer Reba McEntire is as versatile as they come! Not only is she a successful recording artist, she is also no stranger to television and movies. Let’s take a look back at these memorable Reba McEntire movie appearances and film credits.

In this thriller, Reba plays survivalist Heather Gummer. She, along with husband Burt, wound up fighting the creatures dubbed “graboids” on their home turf. Fortunately for them, they have an armory. Watch the thrilling scene below!

Kid genius North (Elijah Wood) is on the hunt for the perfect parents after deeming his own parents unappreciative. The youth’s first stop is in Texas, where his parental candidates attempt to fatten him up, to be more like their first son, Buck, who died in a stampede. Ma Tex and Pa Tex (Dan Aykroyd) then stage a musical number about the other plans they have in store for their new son. Gabby, a sharpshooting cowboy, then gives North a silver dollar with a bullet hole shot through its center—and advises him to move on from the Lone Star State. Enjoy watching this clip from the film!

During the soapbox derby race trophy presentation, Spanky is shocked to learn that his favorite race car driver, A.J. Ferguson, is female! After meeting A.J. and benefiting from Darla’s bravery, the boys decide to let girls into their rebuilt clubhouse.

Reba also made an uncredited appearance in the 1994 movie Maverick as a spectator. As you can see, Reba loves the camera and the camera loves her right back!

Be sure to share these Reba McEntire movie clips with other fans of the star!