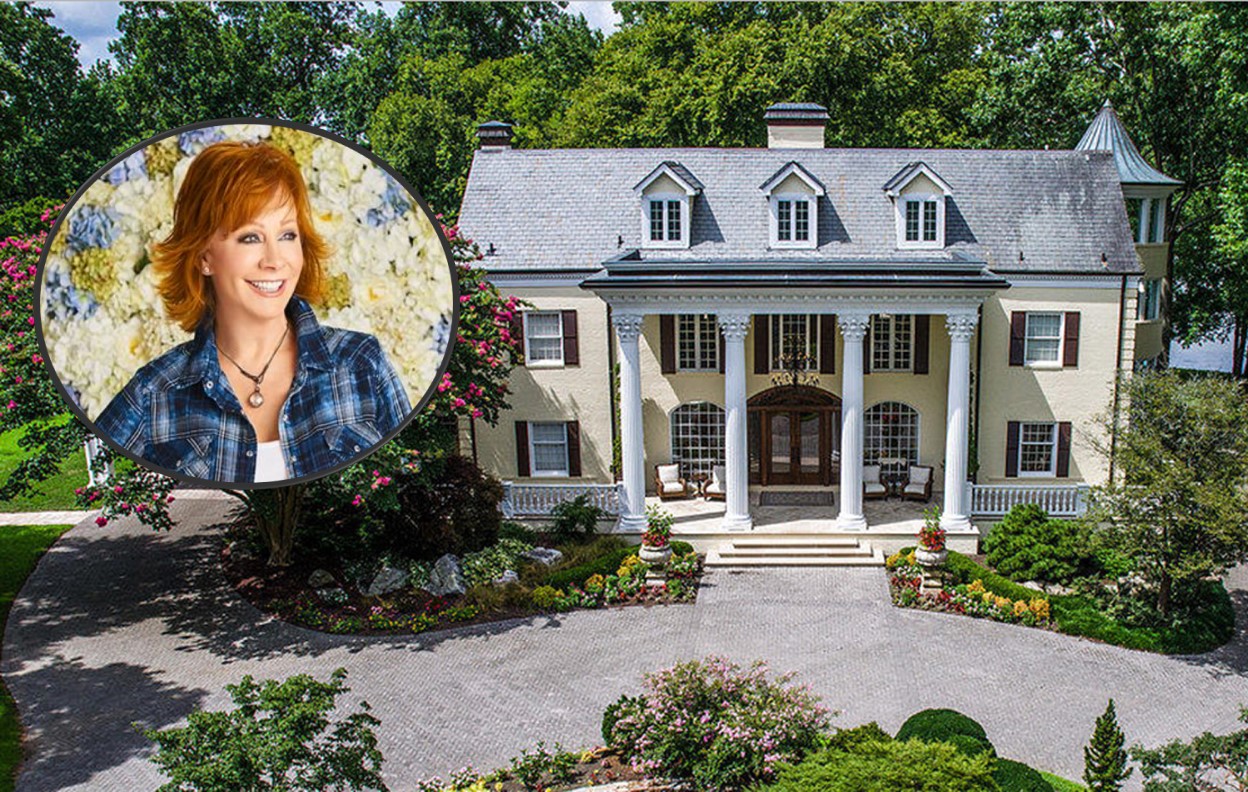 Country music entertainer Reba McEntire‘s former Starstruck Farm mansion has been given a jaw-dropping makeover and a new name— The Estate at Cherokee Dock! In 2017, the stately home in Lebanon, Tennessee was sold for $5 million to a Nashville businessman Deron Lichte. After making the purchase, Lichte went to work turning the place into a luxury events venue.

McEntire and ex-husband Narvel Blackstock previously lived in the 13,000-square-foot mansion. After the couple split in 2015, the estate was put on the real estate market and McEntire relocated.

All seven bedrooms have been re-decorated as tributes to some of country music’s all-time biggest stars. The tributes start in the master suite, featuring a theme that pays tribute to McEntire herself! The other rooms honor Patsy Cline, Willie Nelson, Garth Brooks, Dolly Parton, Loretta Lynn, and Johnny Cash.

According to The Estate at Cherokee Dock website, it is “Middle Tennessee’s premier event venue for those looking to host high-end events on some of the region’s most beautiful property.” The website goes on to explain that is is a perfect venue for the most special occasions such as “elegant weddings, exquisite galas, private retreats, corporate celebrations, charitable fundraisers and any other ceremonial events you can creatively conceptualize.”

Take a little tour of the place below!

Looking for a peaceful retreat to rejuvenate your corporate team? Book The Estate at Cherokee Dock for your next corporate retreat and see how your team falls in love with their work again! Email info@cherokeedock.com.

Each of the suites at The Estate at Cherokee Dock have a theme inspired by a country legend. The @dollyparton suite is as tasteful, comfortable and approachable as she is. Take a look!

Enjoy a movie or presentation in the theater with complete luxury comfort during your next stay at The Estate at Cherokee Dock.

Did you know we offer overnight accommodations? . . Bring your wedding party, family or coworkers to enjoy all the luxury amenities at The Estate!

The warmth of the lanterns outside the upstairs quarters, the ambiance of flickering candles in the barn, the joy of a stunning event and spending an evening with amazing people … that’s what it’s about! Come make your own memories at Cherokee Dock! #discoverthedock

Wow, this renovation is incredible. Check out the place before the overhaul in the real estate video below!

Sure, the place was breathtaking before— but we’re sure Reba would be happy with her former estate’s current condition and the fact that the home will be enjoyed by so many!

Be sure to share this update with other fans of Reba!