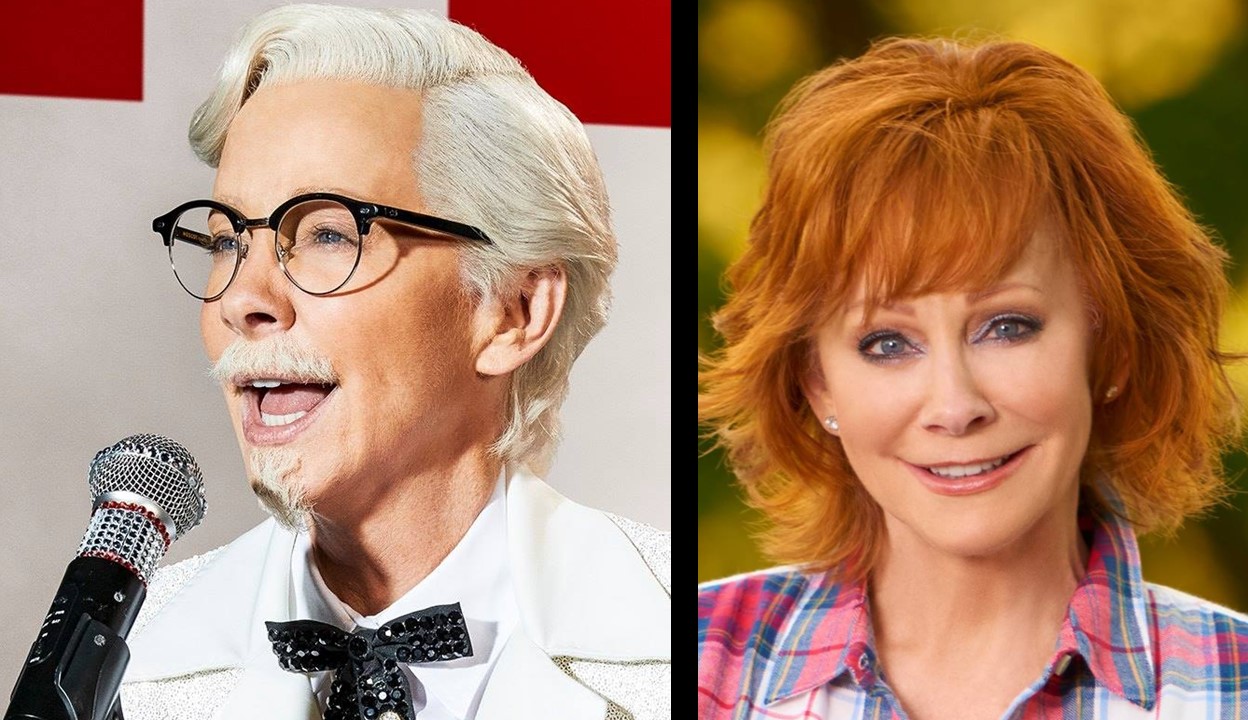 “I’m Colonel Sanders, the same as always,” McEntire sings in her debut commercial titled ‘Honky Tonk.’ “Please ignore a likeness to famous country singers / I’m definitely not a woman.” You can also spot the famous redhead sitting at a table in the audience.

“I grew up with Kentucky Fried Chicken. It’s part of my story, and I’m so excited to now be part of theirs,” McEntire said in a statement. “I’ve held a lot of roles in my life — sort of like the Colonel himself — but this is certainly the most unique one yet.”

“We picked Reba McEntire because she is a perfect fit for KFC and Smoky Mountain BBQ. She embodies the qualities of the colonel with her showmanship and entrepreneurial spirit,” KFC Chief Marketing Officer Andrea Zahumensky shared. “We love to find people who are really iconic, like Rob Lowe is very iconic. Also, someone who really represents our product. She is definitely sweet. She has that Southern charm.”

“Nothing to see here, folks. Nope, nothin’ at all. Just the same old Colonel with a new flavor of fried chicken,” KFC tweeted following Reba’s debut.

The country music entertainer wasn’t playing around when she said that she’s all for diverse acting opportunities.

“A dream role would be ten different kinds because I would like to hit all facets, you know the kooky neighbor down the hall or the heroine in a western,” Reba shared in a past interview. “There’s just so many different types. I love to watch television. I love movies. So acting is something that it entertains me. Television and movies entertain me so I love to be entertained but I also love to entertain people.”

Share Reba’s latest acting role with other fans of the star!