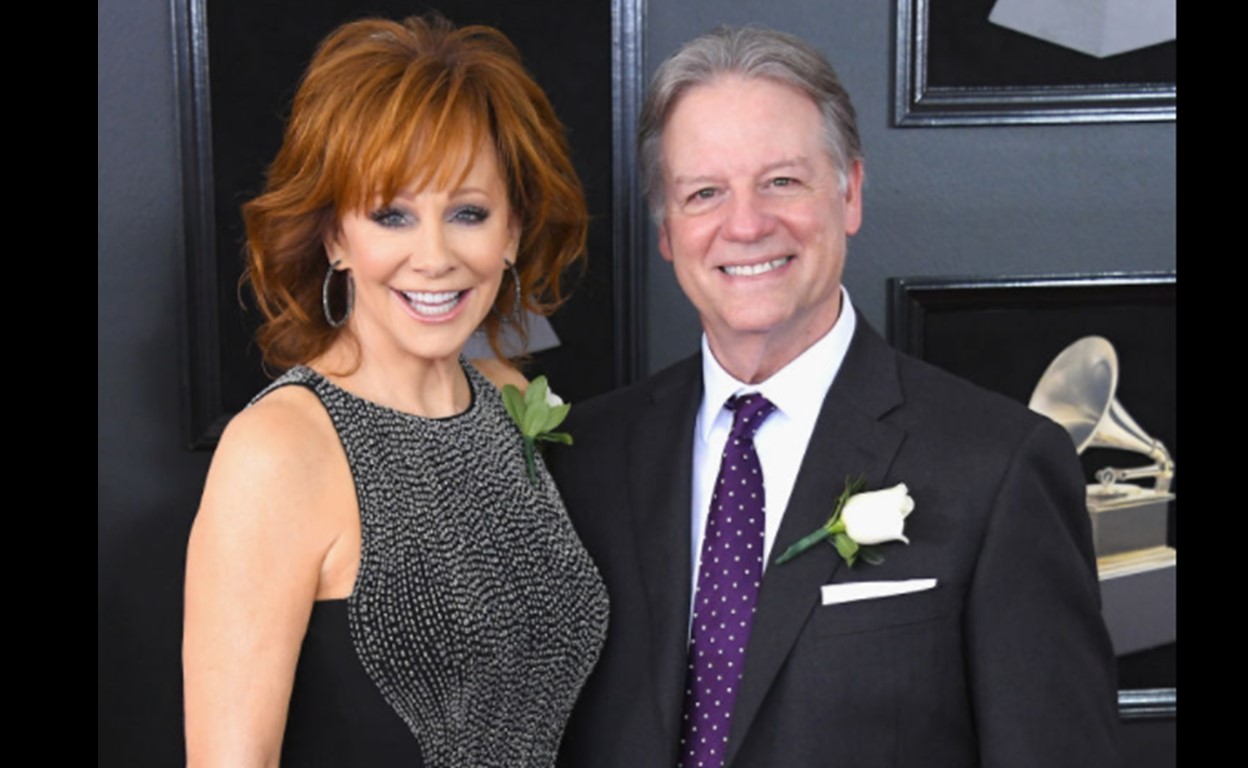 Country music hit-maker Reba McEntire and new boyfriend Anthony "Skeeter" Lasuzzo made their big debut as a couple at the 2018 Grammy Awards!

“We’ve been having fun!” McEntire told Entertainment Tonight on the red carpet. “We’ve been to three plays here in New York, just enjoying it tremendously. We like to have fun whether it’s the mountains or New York City.”

“I’m doing great!” Skeeter replied when asked about how he was doing at the event. “I’m just following her and enjoying the night with her.”

Watch Reba and Skeeter’s coupled up cuteness below!

By the way, Reba was a total knockout in this silver and black Jovani gown!

If you scan through recent Reba’s Instagram posts, you can easily spot her new beau. Let’s play ‘spot Skeeter’ below!

Skeeter took Marti and me hiking 24 miles in 4 days!! Loved it!!! #skeeterlasuzzo #lovejackson

It’s great to see Reba so happy! Besides showing off her new man, Reba also won the ‘Best Roots Gospel Album’ Grammy Award for her Sing It Now: Songs Of Faith & Hope album. The songstress beat out The Best Of The Collingsworth Family – Volume 1 – The Collingsworth Family, Give Me Jesus – Larry Cordle, Resurrection – Joseph Habedank, and Hope For All Nations – Karen Peck & New River in the category.

Congrats to Reba and share this update with other fans of the country artist!