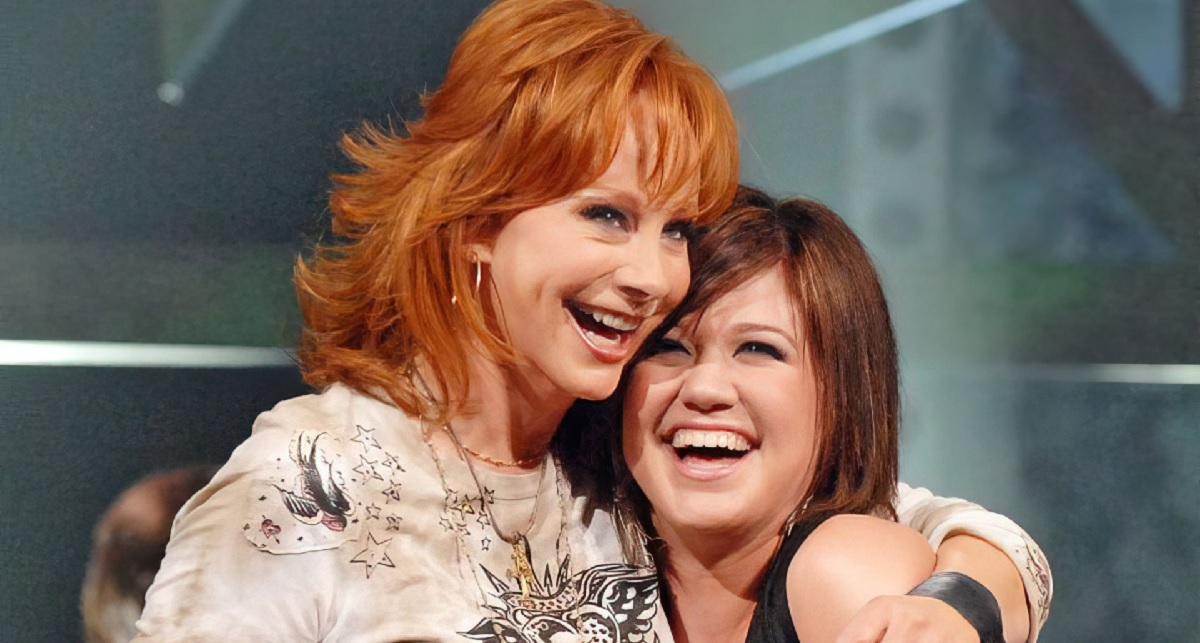 This Reba and Kelly playlist includes three performances including:

The playlist also includes CMT’s interview with Reba about performing with Kelly Clarkson.  Watch the CMT cross roads performance and see the original music videos for each song below.

Reba’s “Fancy” is a cover of a Bobbie Gentry song that was released by Reba in 1990.  Reba told UMG Nashville that she fell in love with “Fancy” when Bobbie Gentry originally released it. “I fell in love with that song when Bobbie Gentry had it out in the late ’60s,” says Reba. “It was a hit then, and it’s been a hit every time anybody listens to it. Everybody can relate to it; it’s a rags-to-riches song. I had wanted to do that song earlier, but not until I got with Tony Brown in 1990 to do this album (Rumor Has It), he had asked me, he said, ‘Are there any old songs you’d like to do a remake on?’ And I looked at him and said, ‘Yeah! Fancy!’ He said, ‘Omigosh! That’s my favorite song!’ So, we did this song, and it has just been with me forever. I just absolutely love it.”  The music video became the most popular of Reba’s career with over 51 million views as of May of 2022.

The Reba McEntire Why Haven’t I Heard From You song was released on March 21, 1994 as the first single from her album “Read My Mind”. The song reached number 5 on the Billboard Hot Country Singles chart in July of 1994.

Reba McEntire Why Haven’t I Heard from You Music Video

Reba and Linda Davis originally recorded this duet on June 9, 1993 and peaked at #! on the Billboard Hot Country songs chart starting November 6, 1993.  This tune won a Grammy Award for ‘Best Country Vocal Collaboration’ and a CMA award for ‘Vocal Event of the Year.’ The song tells the tale of a sordid love triangle and details a conversation between a wife and ‘the other woman.’