Rascal Flatts to Mentor Blake Shelton’s Team on ‘The Voice’ 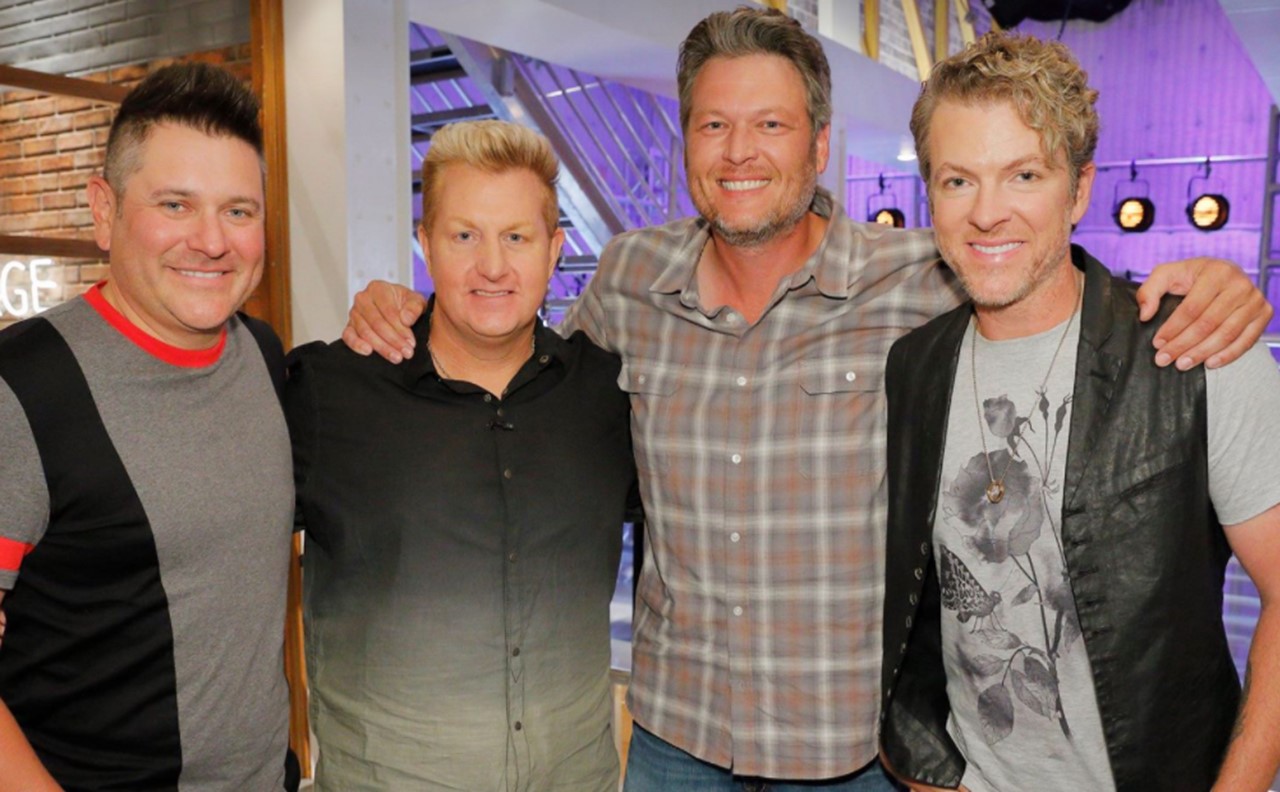 Ready for NBC's 'The Voice' to return this fall? Country music group Rascal Flatts is aiding Team Blake this time around!

Country music trio Rascal Flatts is set to help guide country star Blake Shelton’s team of hopefuls on the next season of The Voice as advisors. The popular program is slated to return on September 25th via NBC with coaches Blake Shelton, Adam Levine, Miley Cyrus, and Jennifer Hudson at the helm!

“You know, Blake asked us to come out and to help mentor some of his contestants,” Gary LeVox shared with Extra TV. “It’s just been fun working with them. Blake’s got such a great ear, turning his chair around and finding great people, so it’s been awesome to meet with them and just give them some pointers, some tips. It’s been a lot of fun working with them… a lot of talent, a lot of talent on Team Blake.”

Hopefully Rascal Flatts’ involvement during the 13th season of the popular singing competition means they will grace The Voice stage at some point to perform live with Shelton and/or members of Team Blake.

“Yes, I’m going to. This is my show and and people do what I tell them to do and so I’m telling them… that I’m going to make Rascal Flatts perform with me,” the Oklahoman kidded when asked about possibly collaborating with the band.

Watch the country music standouts discuss their latest endeavor below!

In late July, Rascal Flatts celebrated their 17th career number one hit with “Yours If You Want It” after landing the top spot on Billboard and Country Aircheck/Mediabase Country Airplay charts.

“It’s so humbling for us that the milestones keep coming, and it’s definitely not something that we take for granted,” said Joe Don. “I truly believe that this song found us, and to know that Andrew Dorff, with his passing, loved what we did with the song and that his legacy continues to live on is a blessing. We’re honored to have put our voices on it.”

Interesting note, Miley Cyrus has selected her father and country artist, Billy Ray Cyrus, to join The Voice as her team’s adviser. Looks like the show will have plenty of country flavor this season!