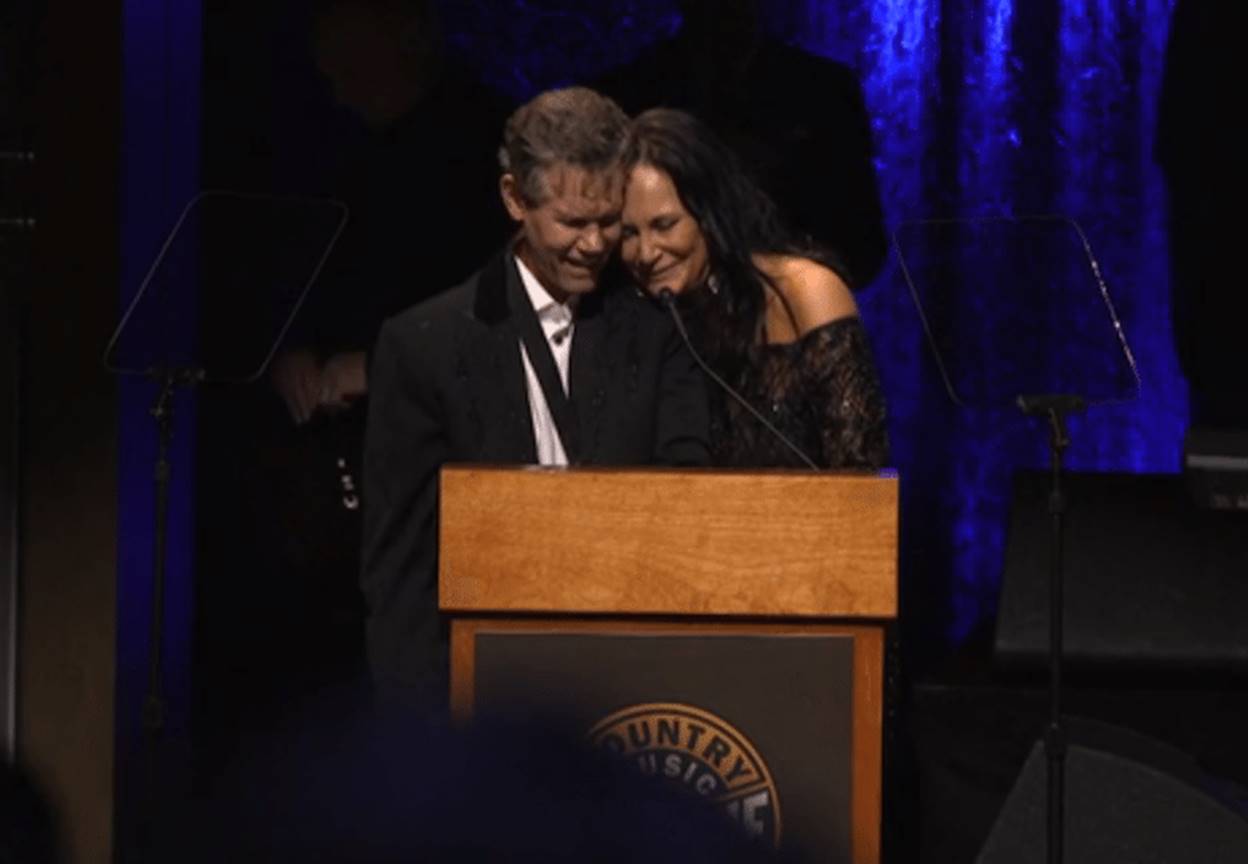 Randy Travis sang "Amazing Grace" in front of the crowd during his entry into the Country Music Hall of Fame.

A teary-eyed Garth Brooks had the honor of inducting 57-year-old Randy Travis into the Country Music Hall of Fame. Travis’ wife, Mary Davis-Travis, stood by her husband at the podium and thoughtfully paid tribute to Randy’s father, Harold Traywick, who had just passed away on October 8th at the age of 83. She also mentioned Travis’ career beginnings, his difficult moments, and his recent health struggles.

“Randy stared death in the face, but death blinked,” Mary declared. “Today God’s proof of a miracle stands before you.”

Randy Travis then shocked the attendees with a moving rendition of “Amazing Grace.” The crowd responded with an emotional sing-along and gave him a well-deserved standing ovation.

As country music fans know, Travis suffered a massive stroke in 2013 and has been working hard to regain mobility and his speech. Enjoy the big moment below!

Just beautiful. Congrats to Randy Travis, Charlie Daniels, and Fred Foster! Be sure to share this with other Randy Travis fans.