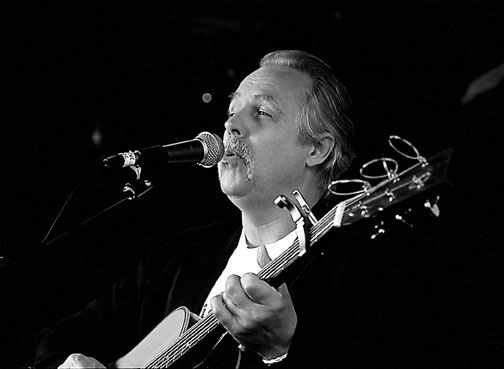 One of the earliest “outlaws” of country music has joined many of the greats in heaven. In 1969 Steve Young recorded his iconic song “Seven Bridges Road” which would later be covered by Eagles, Ricochet, Dolly Parton, Alan Jackson, George Strait and Jimmy Buffet!

Young wrote so many of the songs we consider “outlaw country”, including Waylon Jennings‘ “Lonesome On’ry and Mean”. He was born in Georgia and grew up in Alabama, Georgia and Texas in a family which moved frequently in search of work. By the time he had completed high school in Beaumont, Texas, he was playing guitar and writing songs which incorporated influences of folk , country , gospel, and blues musicians and people like Hank Williams , Elvis Presley, Carl Perkins and others.

Young recorded 12 albums in all, but is better known as a songwriter for some of country music’s most iconic singers.