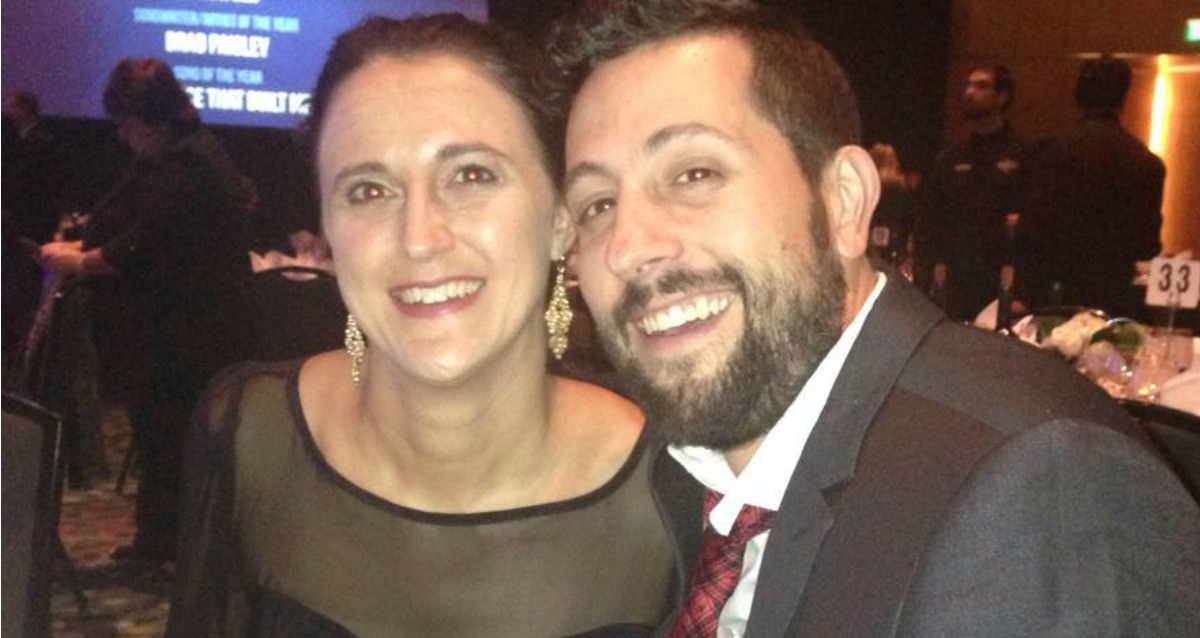 Matthew Ramsey's wife, Sara Dudley, works in education and supports her husband and their two daughters with all her heart.

Old Dominion is back in the spotlight as they gear up their third studio album. Their most recent single release, “Make It Sweet”, is already delighting country music fans along with the California-vibing music video that was released with it.

Happy Monday. Our new song #makeitsweet is available now! Everywhere! Go get it and tell us what you think! Link in bio

The band exploded onto the country music scene in 2015 with their number 1 single “Break Up With Him”, and although they have been out of the headlines for a bit, they have not slowed down at all.

“Our lives are changing dramatically right now,” said lead singer Matthew Ramsey, who is also the proud husband to wife Sara and the father of two daughters. “And it does get stressful and it’s hard to be away from your family and people you love. But then there’s this other great stuff happening. So, yeah, there is that sort of sentiment of like, ‘We need to be enjoying this.’ And the truth is, we’re having the time of our lives. We’re in a band with our buddies and we’re succeeding at everything we worked really hard for. So we are really enjoying the moment.”

While they are enjoying themselves, Ramsey admits that it’s when he gets to switch gears from the stage to the home that he feels the most grounded. Their recent tour had kept the band on the road and away from their home in Nashville for weeks at a time.

“There’s a lot of FaceTiming,” Ramsey said.“This is a particularly long run that we’re on right now. We’re gone for about two weeks, then home for a few days, then back on the road.”

All the hard work is indeed paying off, with the band most recently getting the opportunity to play on the Ellen show where they handed out passes to next year’s Stagecoach Festival to the audience after their performance.

Ramsey knows that his career can take a toll on his family, but also believes in his dream of being a songwriter and singer.

“It’s not easy. It’s not easy at all. We don’t have much of a personal life right now, as much as we’re touring. We try to fly home as much as we can. We’re constantly trying to figure that out. There’s no real right answer” Ramsey said in regards to how his career impacts his home-life.

After all the fame and fortune, the band knows that their families are the most important things in their lives, even though they have to do household chores whenever they are back home. :)

“It’s quite a switch! You get off the stage and it’s like ‘Ahh,’ and then you come home and you’re like, ‘I gotta take out the trash” said Ramsey. “It absolutely keeps you grounded.”