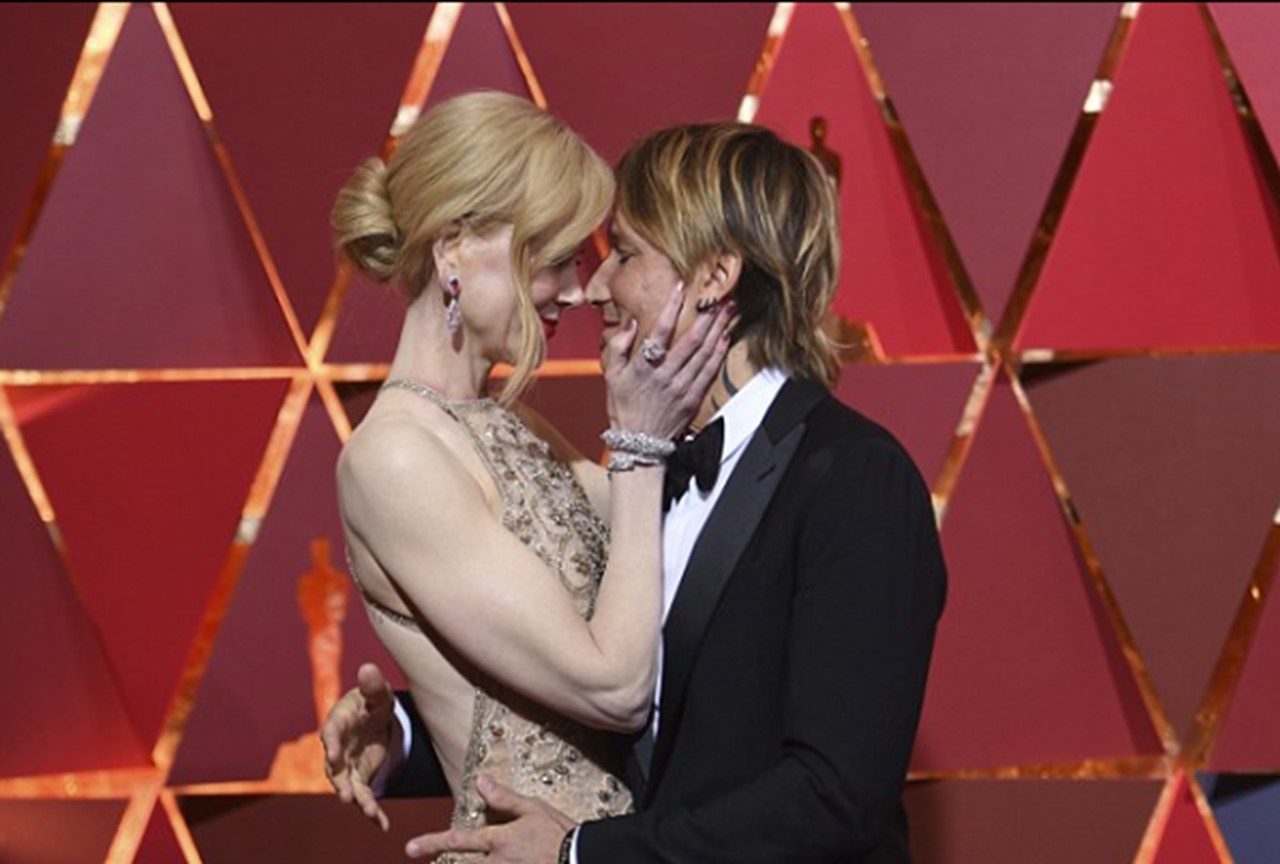 Nicole Kidman and Keith Urban sizzled on their way to last night's Oscars. Check out their love--- on full display--- here!

These two are truly red carpet professionals. Just look at them and their coupled up cuteness!
Though Kidman lost out to Viola Davis later in the evening, she’s certainly winning in the romance department! Kidman and Urban got awfully close while walking the red carpet— hopefully their very public smooch session will silence another round of irritating ‘marriage on the rocks’ rumors that just seem to follow every celebrity couple.

The Spark is Very Much There. Thank You.

These two are class acts and will be ringing in eleven years of marriage this summer. It’s awesome how Keith and Nicole strive to support each other at major industry events and aim to strike a balance between two very active careers. We wish them nothing but the best!

Share this with other fans of this incredible pairing!