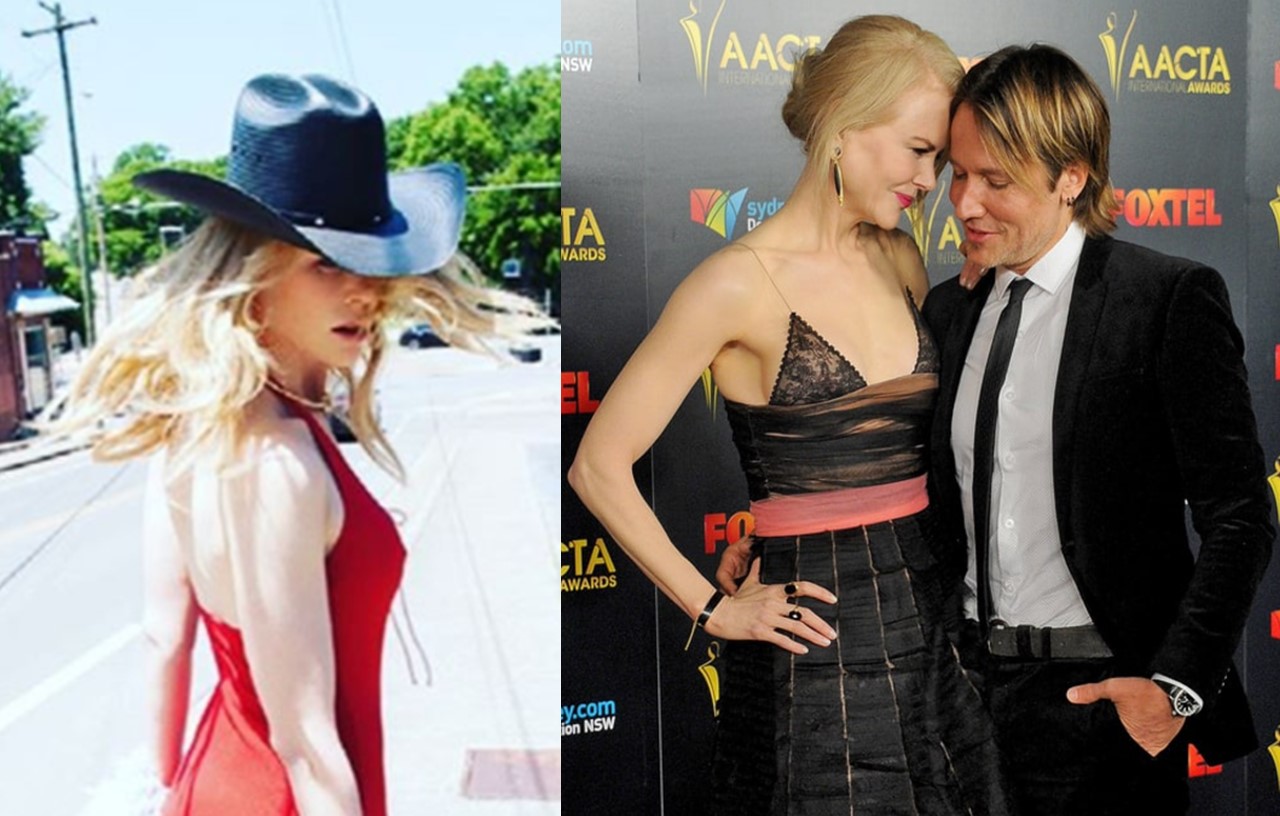 We may be able to blame award-winning actress Nicole Kidman for causing the nation's current heatwave. Goodness gracious.

Nicole Kidman may be Australian, but dang— she looks great in a cowboy hat! Yes, it’s a Stetson. The award-winning actress and her country music superstar husband Keith Urban reside in the Nashville area with their two young daughters, Sunday Rose and Faith Margaret, so it makes sense that the statuesque beauty would do a steamy photo shoot in Music City.

The photo spread appears in the eighteenth volume of Love Magazine, which is a bi-annual British style magazine founded in 2009. Check out some of the racy photos and video clips from the shoot below!

"I thought about this shoot afterwards. I was like, what was I doing? I lost my mind! How are the shots? Do they look crazy?" THE Nicole Kidman for Love 18 #lovedup ❤️❤️❤️❤️

More Nicole Kidman from the new Love issue 18. On sale this week.

In case you’re wondering about her main ensemble on the publication’s cover— the red bathing suit is by Love Stories Swim Club, the jacket is by Pinko, the boots are by Frye, and the jewelry is all from Cartier.

As can be understood, Nicole had some thoughts after the funky photo shoot wrapped, “I thought about this shoot afterwards. I was like, what was I doing? I lost my mind! How are the shots? Do they look crazy?”

We think she looks confident and utterly amazing! It’s hard to believe that she rang in her milestone 50th birthday last month.

Besides making bold fashion statements on city streets, Kidman is currently working on the sci-fi action adventure film Aquaman, which is expected to debut in December 2018. Also of note, she and her Big Little Lies series co-star Reese Witherspoon are facing off against each other in the ‘Outstanding Lead Actress in a Miniseries or Movie’ category at the upcoming Emmy Awards ceremony.

“There’s no real strategy or thought behind it – I just kind of go where I feel like going, which has been to both my detriment and advantage at times. I’m very drawn to working with my friends: working with people I know, or that I feel are auteurs. So a lot of it is just driven by the storyteller, the filmmaker,” Kidman shared with Love about her personal outlook and career path.

No word yet from Keith regarding his reaction to Nicole’s smoldering photo spread, he’s probably too busy picking his jaw up off the ground.