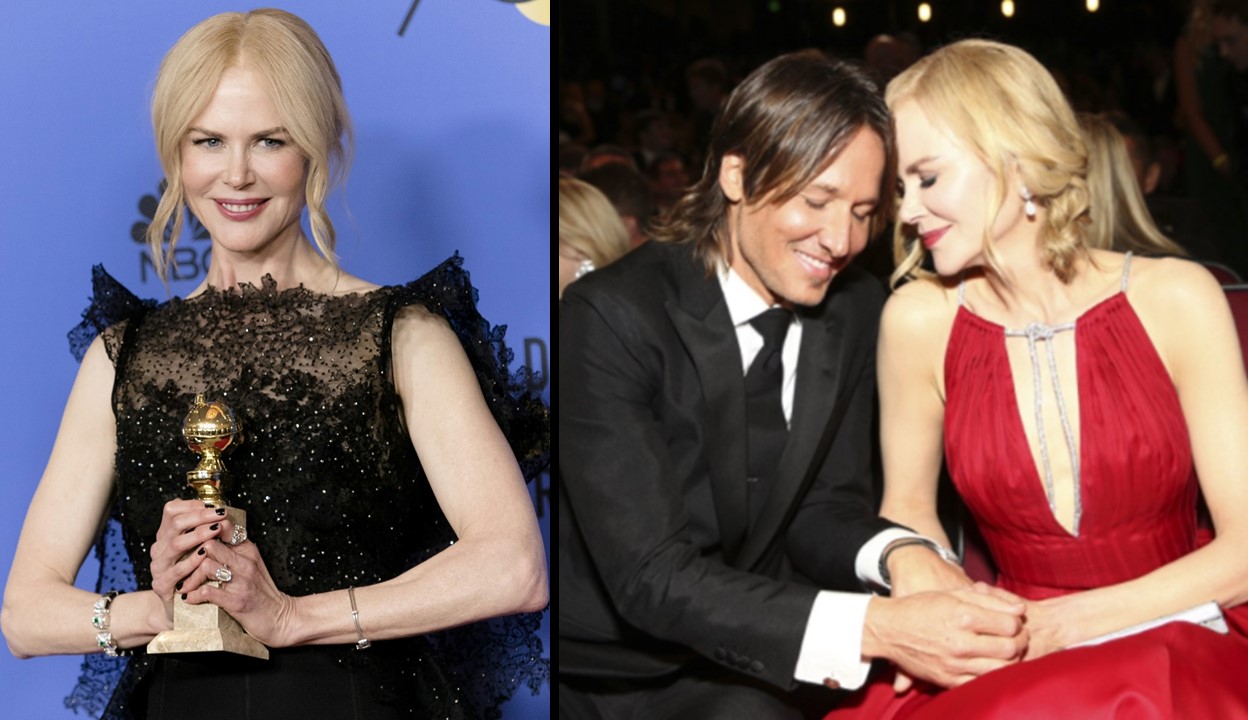 Nicole Kidman's acting career was on fire in 2017, but what did Keith Urban think about her very intense recent roles? Check out what Nicole had to say...

Actress Nicole Kidman was certianly busy in 2017, appearing in films How to Talk to Girls at Parties, The Killing of a Sacred Deer, The Beguiled, and The Upside. Kidman also starred in HBO’s min-series Big Little Lies.

As her fans well know, her roles in The Killing of a Sacred Deer and Big Little Lies were extremely intense and churned up a lot of emotions. In an interview with W Magazine, the artist opened up about how her husband of over a decade, country music singer-songwriter Keith Urban, reacted to her most volatile recent roles.

“[Keith Urban] is an artist. Um, he did have a hard time when he watched ‘The Killing of a Sacred Deer,'” Kidman shared about the psychological horror film. “He saw it at the Cannes Film Festival and he was sort of hypnotized and shattered by it.”

Though Big Little Lies has proven to be a success, Nicole revealed that Keith had trouble watching elements of the show.

“And when he watched ‘Big Little Lies’ he was disturbed; he says that when he hears me scream or cry from a certain place in my soul it’s almost like it goes straight into him and he has a visceral reaction immediately. Because his brain and his heart doesn’t discern between acting and real life. They’re the same sounds for him. It throws him,” Kidman confessed.

It’s totally understandable why Keith would be disturbed by his wife’s Big Little Lies role— the bruises she acquired while playing Celeste Wright and filming turbulent scenes with on-screen husband actor Alexander Skarsgård were very real.

“I would go home at night sometimes and be in a lot of pain, and I had to take things like Advil because I was being thrown around physically. I was really bruised,” she shared with Vogue in 2017.

On a lighter note, Kidman also revealed to W Magazine that she and Keith had their first date at Woodstock. He picked up his future bride up on a motorbike and the rest is really history! The couple wed on June 25, 2006 and now have two daughters together, Sunday Rose and Faith Margaret.

The Killing of a Sacred Deer Trailer