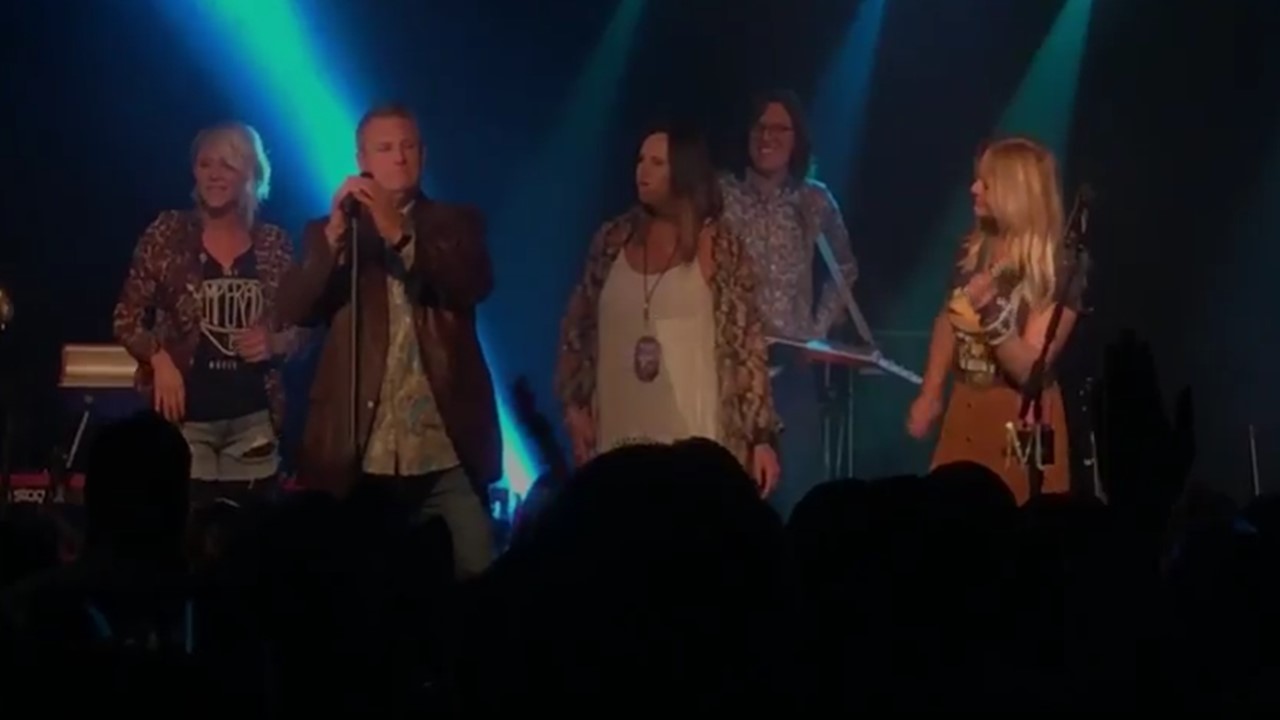 Check out Miranda Lambert's father Richard Lambert rocking the stage alongside his superstar daughter and her boyfriend Anderson East!

The talented group, which included Gwen Sebastian, performed the powerful gospel song “Woke Up This Morning (With My Mind Stayed on Freedom).” Watch Mr. Lambert totally rock his part below!

Like his famous daughter, he has quite the stage presence. Interestingly enough, Richard was the one who inspired Miranda Lambert to name her latest musical output The Weight of These Wings.

“He mentioned the line to me one time at a show and it just stuck with me,” the songbird explained to Taste of Country. “It just felt really big, some ways heavy and some ways light. It sort of makes you think about a lot of things, just that one sentence.”

Practice makes perfect. I'm laying in bed after our final rehearsal day for the Highway Vagabond Tour. Last night at @joesonweedst was so special for us. We have been playing at Joe's for over a decade. I was nervous to be back on stage after a break from the road. But Chicago yall helped me shake my jitters. Thanks for always being there for us over the years. And thanks for giving that same big love to my friend Natalie Hemby @wruckestrike. She was kind enough to come open the show last night. I think the world of her. She is one of a kind! Tomorrow Evansville IN kicks off this tour! Can't wait yall! #highwayvagabondtour #livinlikehippies #tuuuuuurrrrtime

Be sure to share this fun moment with other Ran fans!