Miranda Lambert Opens Up About Her Childhood Struggles 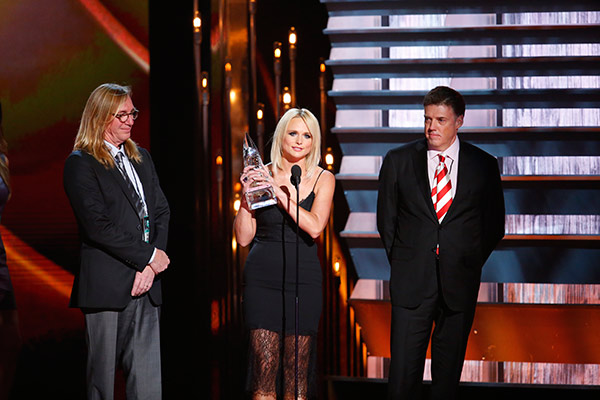 Success Magazine caught up with Miranda Lambert in Hollywood to talk about many things, including her humble beginnings.

Miranda Lambert likes fresh produce, and while she loves her home in Tishomingo, OK., you can’t find fresh produce at the local Piggly Wiggly. She shares this fact to the writer at Success Magazine as she shows up to their interview in Hollywood, CA. where she comes fresh from the farmer’s market.

Miranda is known for her down-home Texas roots, and this shines as she sits down to talk about life. Now at the height of her career, Lambert has more than a handful of awards, including two Grammys, 19 Academy of Country Music Awards and 11 Country Music Association Awards. Most recently she was nominated for eight ACM categories—including Entertainer of the Year—and took home trophies for Song of the Year, Album of the Year and Female Vocalist of the Year. Lambert was also the first country artist to see each of her five albums debut at the top of the Billboard charts.

Not half bad for a good ‘ol country gal!

Her achievements are widely known, but not many know the humble beginnings she came from.

As a young girl, Lambert was briefly homeless, and she watched her parents struggle after their prosperous North Texas private investigation business failed in the economic collapse resulting from the 1980s Texas oil bust.

“My parents worked their asses off my whole life, but when you are self-employed like that, sometimes things just go down the tubes, and the phone stops ringing. You just have to start over, and that’s what they did,” Lambert says.

When they lost their home, the Lamberts moved in with Miranda’s uncle, who was a goat farmer. They eventually rented a home in Lindale, Texas, east of Dallas, where Lambert was raised with her brother, Luke, now a software engineer.

“I learned how to do chores because you have to carry your weight,” she says. “After we got back on our feet, we had a subsistence farm where we literally lived off the land.”

The farm yielded rabbits and chickens for the table, while her mother’s garden provided fresh produce.

“My mom would say, ‘Go out to the garden and get what you want for dinner,’ and she would make like rabbit stir-fry, and it was good,” she says, grinning playfully.

Lambert developed her love of hunting—something she shares with Shelton—from her dad, who shot game to keep the family in meat.

“My dad said, ‘My family will never go hungry again,’ and we didn’t,” Lambert says.

“So I guess I got that fighter spirit in me because I want to work, I want to provide, because back when I was a kid, it got ingrained in me.”

Lambert spent the first real money she made buying her own farm. “But I’m not really much of a farmer. I’ve tried to plant a few things, but my husband is the real farmer in the family. He lives to farm,” Lambert says. “He loves to sing, but I think he’d still rather be on a tractor.”

Now it is easy to see why Miranda is not only an award winning musician, but also an entrepreneur. Her childhood taught her to not put all your eggs in one basket and she certainly is not. With multiple businesses, charities, merchandise lines, and endorsement deals under her rhinestone-studded belt, she is set for all eternity.

She credits her mom, Bev, with the best advice she’s ever received: “Know who you are and stick with it.” And that applies to music, business, relationships, personal style and everything else, and Miranda is doing just that!
Miranda Lambert | Listen for free at bop.fm