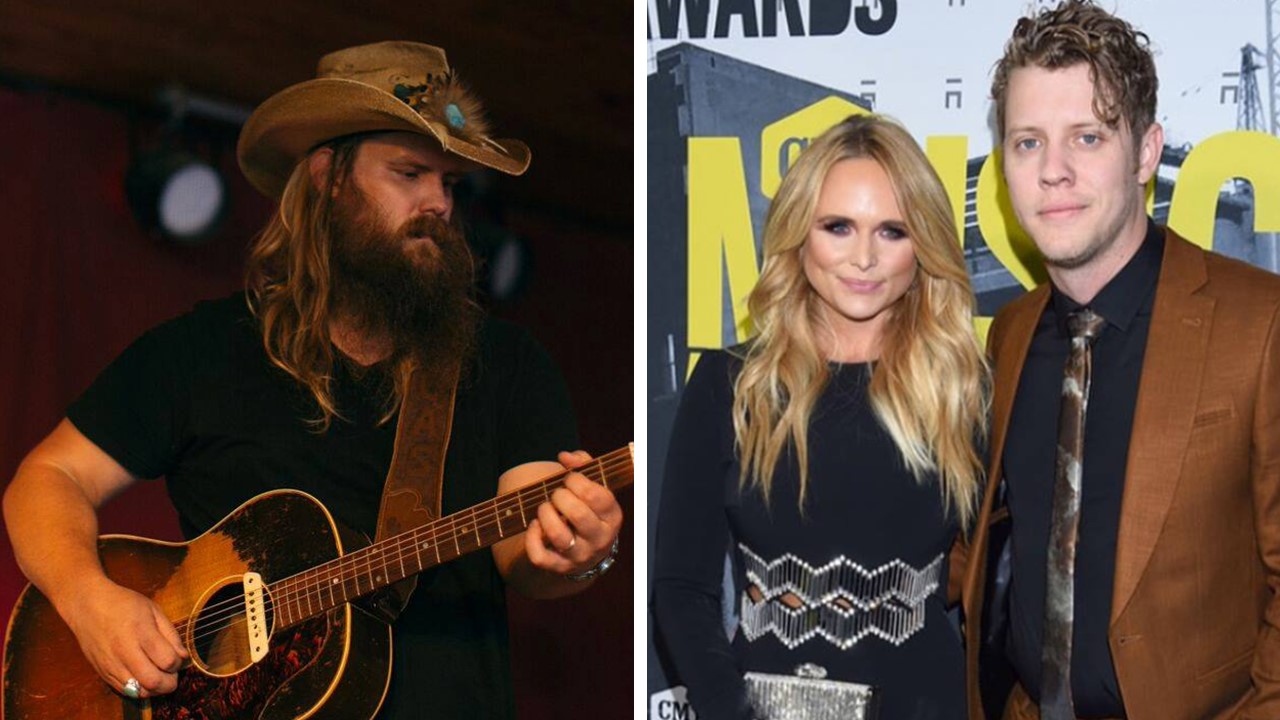 Buffalo, New York got quite the treat last night when Miranda Lambert unexpectedly took to the stage with Chris Stapleton! Watch the moment unfold here.

Fellow country music star Miranda Lambert was on the scene to support her boyfriend, Anderson East, who is currently a special guest on the Kentucky native’s tour. During Stapleton’s set, Lambert emerged much to the joy of the eager audience and took to the stage to help sing “Fire Away.”

Watch Miranda trade vocals with Chris and Morgane Stapleton below!

Also during the concert, Miranda Lambert surprised her boyfriend for his milestone 30th birthday by singing a moody, slowed-down version of “Happy Birthday” with help from the enthusiastic audience.

As if those two highlights weren’t enough, additionally Chris Stapleton opted to share a brand-new song called “Trying to Untangle My Mind” for the first time ever during the show. The mid-tempo tune might be our first taste of his upcoming album, From A Room, Volume 2, which is due out later this year.

In late June, Stapleton’s sophomore solo album From A Room: Volume One was certified Gold by the RIAA for selling over 500,000 copies. Both records were recorded in the iconic RCA Studio A in Nashville, which previously hosted such talents as Elvis Presley and Dolly Parton in its storied past.

Give it a listen below!

After recovering from a hand injury suffered in late May and postponing several June dates, Stapleton is spending the remainder of summer out on the road on his All-American Road Show Tour. Besides Anderson East, The Brothers Osborne, Lucie Silvas, Brent Cobb, and Margo Price are all acting as special guests on the tour.

Share these exciting moments with other fans of these country music standouts!