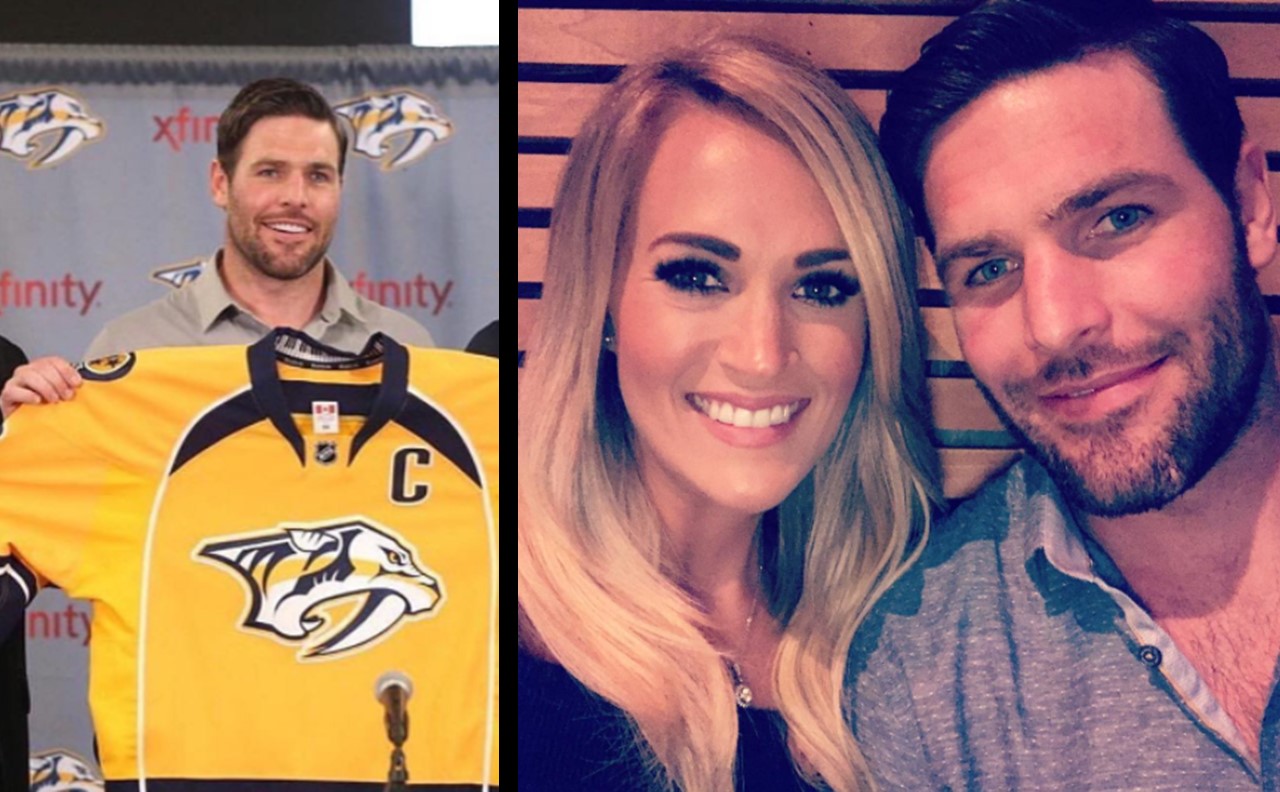 Mike Fisher is hanging up his skates and retiring from the NHL after nearly two decades. See what he had to say....

It’s official, Nashville Predators Captain Mike Fisher has announced his retirement from professional hockey after seventeen seasons in the NHL. During his last season, the hockey star led his team to their first-ever appearance in the Stanley Cup Finals.

Fisher penned a heartfelt letter to the fans who supported him during his career, especially those in Music City. The letter can be read in full at The Tennessean here, check out some highlights below.

“This job I’ve been able to have for a majority of my life is so much fun. To help create that entertainment and to see the joy we can bring to people is such a unique and exciting opportunity. I’ll miss my teammates, my coaches and the game itself. This is the hardest decision I’ve ever had to make, but I know I’ve made the right one. I’ve decided to retire from the NHL. I kept praying for peace about the next step in my life. A peace that said this is God’s will for your future. A peace that said whether or not this was the right time to walk away. I don’t believe it came in a single instance or some aha moment, but as time passed, I gradually became certain that it was right for me to retire. I believe God gave me the ability to play hockey, and I was helped by dozens of individuals along the way, so it’s not just up to me on when it’s time to say goodbye,” Fisher shared about his life-altering decision.

Of course, being a father to 2-year-old Isaiah and a husband to wife Carrie Underwood played into his ultimate choice to wrap up his time on the ice.

“I approached this season with the mindset that it could be my last, and now that it’s past, I’m looking forward to a future that includes a lot more time with my family. Things change when you have kids and you have a family. They’ve supported me without question, and now it’s my turn to return the favor.”

Carrie posted the following sweet note about her husband’s retirement via Instagram.

“Captain @mfisher1212 I sure am going to miss watching you play and cheering you on with the rest of Smashville, but I so look forward to seeing what God has in store for you in this next chapter of your life. You’ve given your teammates and the game your all for so many years…you’ve worked so hard and made us all so proud! Isaiah and I love you so much and are so excited to be able to have you home a lot more…We can’t wait to cheer on the @predsnhl WITH you in the stands! #ThankYouSmashville #PredsFansForLife”

We wish Mike the best as he transitions into the next phase of his life. We have a feeling it will include much more of this…

Love these farm boys!!! We went out to #LuckyLaddFarms today! What a sweet place…Isaiah had a blast!

Share this update with other fans of the Underwood-Fisher family!