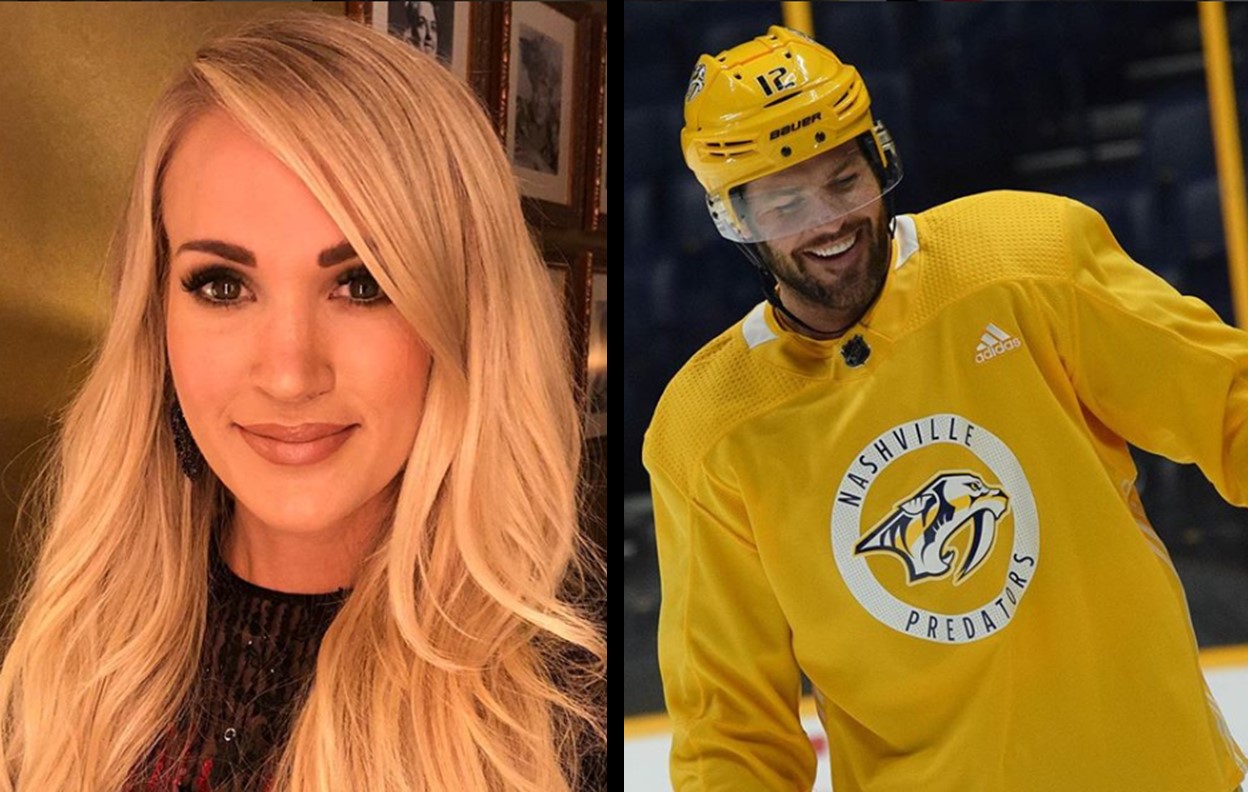 Country music superstar Carrie Underwood’s husband, Mike Fisher, has decided to retire from the NHL for good after 18 seasons. The 37-year-old Nashville Predators center shared his decision on Saturday at Bridgestone Arena, adding “I’ve milked this cow as long as it’s been able to milk. It’s bone dry.”

Fisher briefly retired in 2017, but returned to the franchise to chase the Stanley Cup once again. Last Monday, the Canadian suffered an unspecified lower-body injury that kept him from taking the ice during the seventh and final game against the Winnipeg Jets. Unfortunately, the Preds fell to the Jets and their dreams of advancement were dashed.

“You don’t want be cleaning out your locker in May, there’s no question,” Fisher expressed. “But I had a great three months, I enjoyed every minute of it. I enjoyed coming to work with these guys and it was a great group of people, from the players to the whole organization and staff. I’m glad I came back. It was awesome and obviously disappointing, but that’s the way it goes sometimes. I know this team will learn and grow and be better and there’s a lot to look forward to.”

Despite how the series ended, Carrie tweeted her support of Mike and the Preds. Now she gets her husband at home a lot more!

Welp, to me & our 3 year-old, @mikefisher1212 is the greatest hockey player alive & the @PredsNHL are now & forever the greatest hockey team in NHL history! 💙 Not the ending we wanted, but we’re alive & well & I get my hubby back, so I say God is good!

As of right now, Fisher plans to focus on spending time with his 3-year-old son, Isaiah, and his wife. The athlete also admitted that her would also welcome a possible front-office role with the Predators in the future.

Mike & Isaiah Reel Them In

Day off= fishing with Izzy! Little man got this one with his first cast today and reeled it in himself. #prouddad

Hard to beat tobogganing with the little man in the great white north!

Proud of this woman!! So much hard work the last little while! she and @bradpaisley killed it again! #cmaawards #carriedoll #lockedout

Yeah this is happening!! She tells me where to go too buddy😂

While Mike steps away from his career, Carrie’s career is heating back up. The artist’s upcoming album, Cry Pretty, is due out on September 14th. The highly-anticipated project is her first studio album through her new record label, Capitol Records Nashville. Currently, CMA Fest and WE Fest are the only dates on the star’s 2018 live performance schedule. Carrie has also hinted that a tour announcement will be coming down the road, but the details are still being worked out. Maybe Mike can join Carrie on the road full-time?!