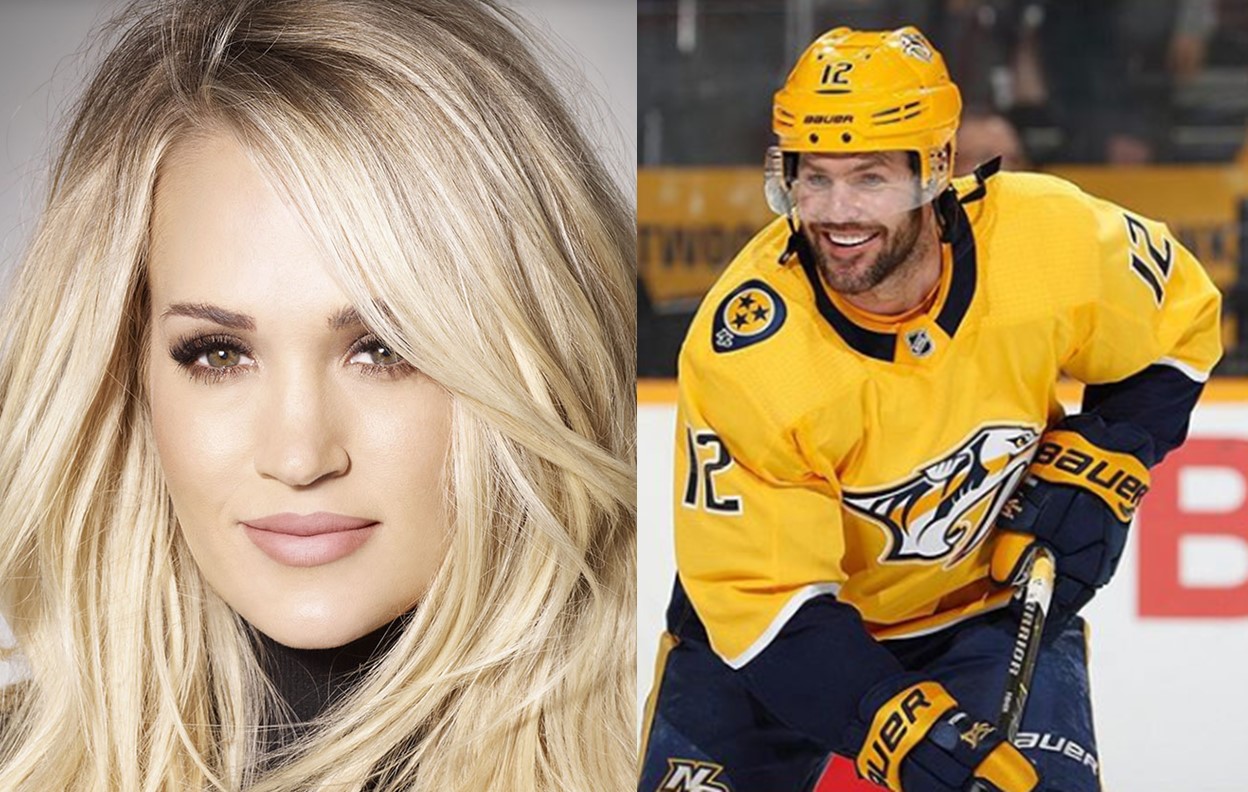 Carrie Underwood's husband, Mike Fisher, was forced to miss the Nashville Predator's final showdown against the Winnipeg Jets due to injury.

Country music superstar Carrie Underwood‘s husband, Mike Fisher, did not take the ice for the Nashville Predators in Game 7 against the Winnipeg Jets on Thursday night due to a lower-body injury. According to ESPN, the Preds are taking Fisher’s health ‘day-to-day’ after the center left during the first period of Game 6 on Monday and did not return.

Mike Fisher (lower body) will not play tonight and is day-to-day. #StandWithUs

Unfortunately, the Preds lost to the Jets at Bridgestone Arena and will not face the Vegas Golden Knights in the Western Conference final. Though not confirmed by Fisher or his team, A to Z Sports Nashville claims the 37-year-old athlete underwent meniscus surgery on his left knee on Wednesday.

What a double whammy for Fisher and his teammates. We hope his injury isn’t serious and that he and the Preds can give their Stanley Cup dreams another go next season.

It was a historic season for your #Preds and one we won’t forget. After a hard-fought seven games, the Jets come out on top to take the series. #WPGvsNSH | #StandWithUs

The Underwood-Fisher household has to be tired of dealing with medical issues. Carrie just recently reemerged after taking a nasty spill back in November. It turns out that the accident occurred as the country artist was taking her two dogs, Ace and Penny, outside the family’s Nashville home for a bathroom break. She missed a step and ended up awkwardly stopping her fall, causing a broken right wrist and a cut close to her mouth which required 40 to 50 stitches.

“I was taking the dogs out, and just tripped. I went to catch myself and just missed a step. If I had fallen anywhere else I would be perfectly fine, but it was one step that messed everything up,” Underwood shared during her interview with The Bobby Bones Show.

It appears that on top of promoting the upcoming release of her album, Cry Pretty, on September 14th, that the songstress will also be helping her husband get back to full health. Right now, CMA Fest and WE Fest are the only dates on her 2018 live performance schedule. Carrie has also hinted that a tour announcement will be coming down the road, but the details are still being worked out. We’ll have to see if Mike’s status impacts the Oklahoman’s tour plans.

Share this update with other fans of Carrie and Mike!