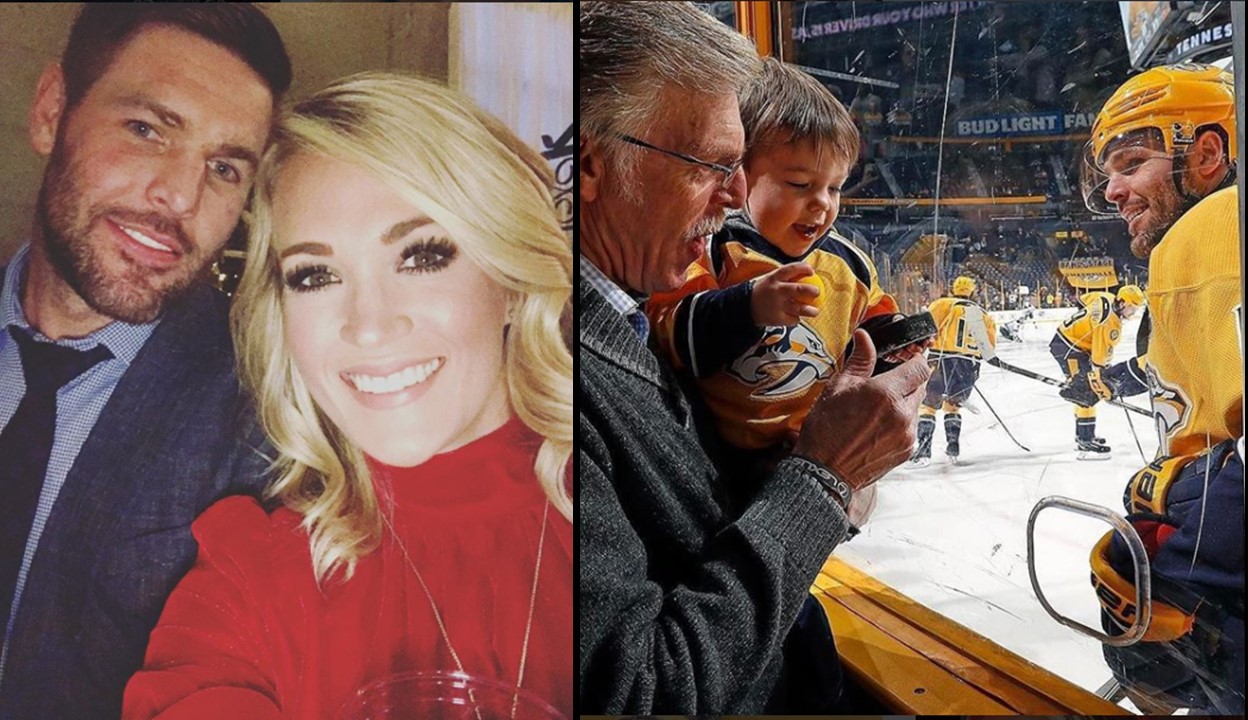 Carrie Underwood's husband, Mike Fisher, is set to accept the 2018 Professional Athlete of the Year Award. More about the honor here!

As first reported by NHL.com, Country music superstar Carrie Underwood’s husband Mike Fisher has been named as the recipient of The Tennessee Sports Hall of Fame’s 2018 Professional Athlete of the Year Award. Fisher ended his professional hockey career as the Captain of the Nashville Predators, leading his team to within two wins of a Stanley Cup.

The honor will be presented to Fisher during the Tennessee Sports Hall of Fame’s 52nd Annual Induction Banquet on Saturday, June 16th at the Omni-Nashville Hotel. Besides his impressive NHL career, which spanned seventeen seasons, Fisher is also known for his charitable endeavors including his work with Room In The Inn, a full-service homeless facility in Nashville.

“This job I’ve been able to have for a majority of my life is so much fun. To help create that entertainment and to see the joy we can bring to people is such a unique and exciting opportunity. I’ll miss my teammates, my coaches and the game itself. This is the hardest decision I’ve ever had to make, but I know I’ve made the right one. I’ve decided to retire from the NHL. I kept praying for peace about the next step in my life. A peace that said this is God’s will for your future. A peace that said whether or not this was the right time to walk away. I don’t believe it came in a single instance or some aha moment, but as time passed, I gradually became certain that it was right for me to retire. I believe God gave me the ability to play hockey, and I was helped by dozens of individuals along the way, so it’s not just up to me on when it’s time to say goodbye,” Fisher shared about his life-altering decision to retire in August.

Of course, being a father to 2-year-old Isaiah and a devoted husband played into his ultimate choice to wrap up his time on the ice. It’s great to see such a well-rounded individual continue to get recognized for his ongoing efforts.

Hard to beat tobogganing with the little man in the great white north!

Congrats to Mike! Share this news with other fans of Mike and Carrie!