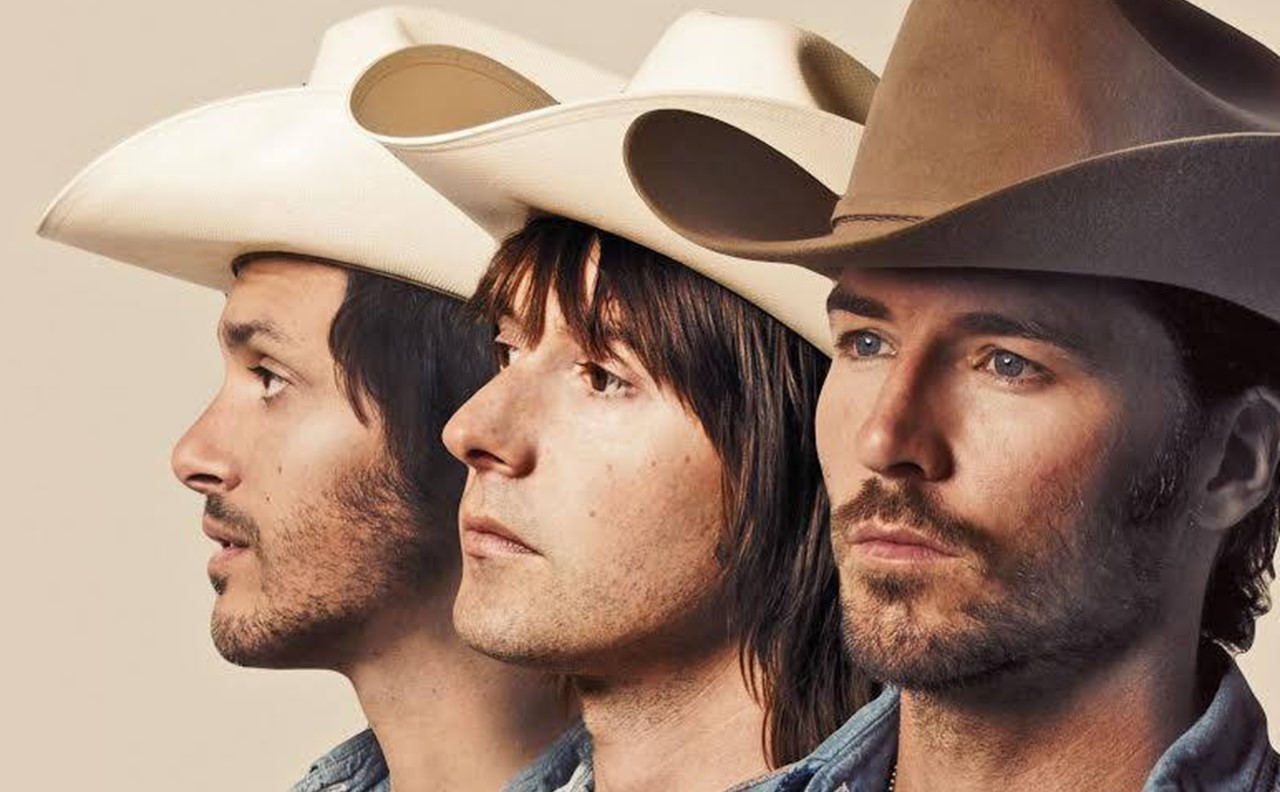 If you're looking for brand new country music to boost your mood, you are in luck. Check out Midland's debut album details here!

Exciting news country music fans, country music group Midland’s debut album is on the way! The trio’s popularity has been growing at a crazy pace since the release of their first single, “Drinkin’ Problem.” The track, which is now certified GOLD, was written by the band members, Cameron Duddy, Jess Carson, and Mark Wystrack, plus songwriters Josh Osborne and Shane McAnally.

Midland released new details surrounding their forthcoming album including the title, track listing, and cover art! Their debut record, On The Rocks, will be available on September 22, 2017. The title comes directly from the lyrics of the album’s lead single, “Drinkin’ Problem.”

As for the album’s cover, Midland decided to show off their country pride by wearing rhinestone embroidered suits. The outfit was inspired by band member Mark Wystrack’s father. “From a very young impressionable age, for me, I was just coming out of the 70’s into the 80s, and for me I was a small little impressionable child watching how my dad dressed,” Wystrack told Billboard, adding, “My dad wore tight wranglers with French cut, beautiful Paul Bond handmade boots in Nogales, Sonora, with a huge gold belt buckle and a big gold chain and I’d see the way that my dad dressed and to me that’s what I am reminiscent and nostalgic for.”

Take a look below…

On The Rocks will feature 13 tracks. Every song was either written or co-written by Midland’s band members, with some help from Josh Osborne, Shane McAnally, and Rhett Akins.

Check out the track listing below…

On The Rocks Track Listing:

Also, if you’re looking to catch a Midland show live, check out their official website. The trio will join Jon Pardi on tour beginning on October 12th, but they also have other concerts scheduled in the meantime.

Be sure to share this exciting emerging band with other country music fans!