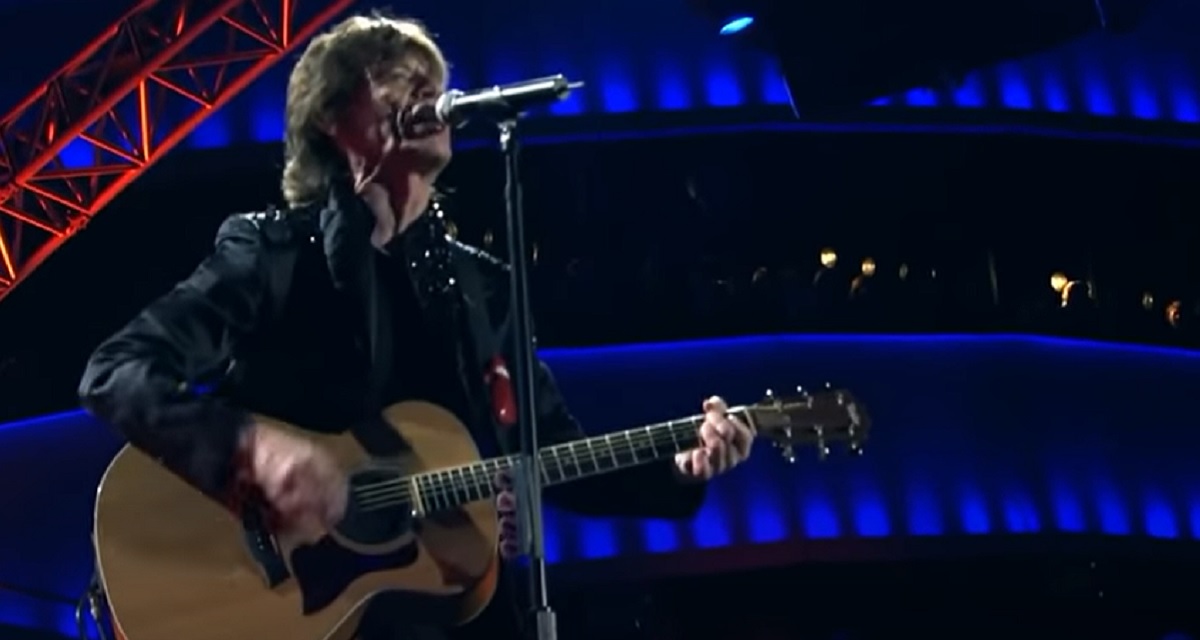 Bob Wills is Still the King is a song written and performed by American country music artist Waylon Jennings.  He wrote the song as a tribute of sorts to the Western swing icon Bob Wills. The song contains allusions to the Wills song “San Antonio Rose”, Wills singer Tommy Duncan, Wills band The Texas Playboys, the existence of honky-tonks in Texas, the Grand Ole Opry in Nashville, and the Red River that denotes one of the boundaries of Texas

The Rolling Stones perform Bob Wills is Still the King

This song was written by Waylon Jennings.

Here’s a song I wrote on a plane
Between Dallas and Austin goin’ to El Paso, whoops.
Now this is what gave us the idea to come down here,
This is a song about a guy that probably did as much
For our kind of music as anybody.
Well, the Honky Tonks in Texas
Were my natural second home
The way you tip your hat to the ladies
In the rose of San Antone.
I grew up on music
That we call western swing
It don’t matter whose in Austin
Bob Wills is still the king.
Lawd, I can still remember
The way things were back then
In spite of all the hard times
I’d live it all again.
To hear the Texas Playboys
And Tommy Duncan sing
Makes me proud to be from Texas
Where Bob Wills is still the king.
You can hear the Grand Ol Opry
In Nashville, Tennessee
It’s the home of country music
On that we all agree.
But when you cross that ol’ Red River hoss
That just don’t mean a thing
Once youre down in Texas
Bob Wills is still the king.
If you aint never been there
Then I guess you ain’t been told
That you just can’t live in Texas
Unless you got alot of soul.
It’s the home of Willie Nelson
The home of western swing
He’ll be the first to tell you
Bob Wills is still the king…
Remember to ‘share” the Bob Wills is Still the King performances with other Country Music fans !