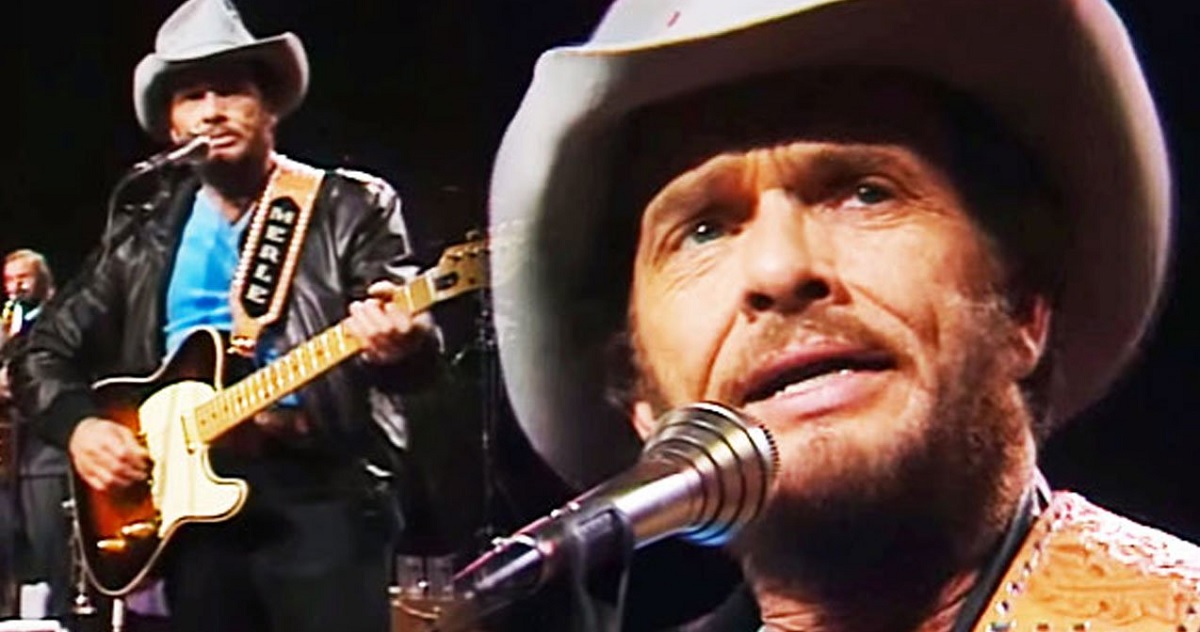 Enjoy watching the top Merle Haggard "Mama Tried" performances over the years including his performance singing to his mother . . .

The Merle Haggard Mama Tried song was released July 1, 1968 as the first single and title track from the album of the same name.  “Mama Tried” is a song written and recorded by American country music artist Merle Haggard and The Strangers. The song became one of the top songs of his career. It won the Grammy Hall of Fame Award in 1999, and was selected for preservation in the National Recording Registry due to its “cultural, historic, or artistic significance” on March 23, 2016.

In “Mama Tried”, Haggard focused on the pain and suffering he caused his own mother by being incarcerated in 1957 in San Quentin prison in California.  Haggard ultimately served three years on a robbery conviction and is one of the leading artists associated with the Outlaw Country genre of music. “Mama Tried” was Merle’s fifth No. 1 song on the Billboard magazine Hot Country Singles chart in August of 1968.  The song spent four weeks at No. 1, and was his biggest hit at that time.

He was released from San Quentin on parole in 1960. After years of working to make a name for himself on the country music scene and making an honest living, then-California Governor and future President Ronald Reagan pardoned Haggard on March 14, 1972.

Merle Haggard Mama Tried (with his mom in attendance)

A magic moment in California. Merle Haggard sings the classic “Mama tried” to his Mom.

This classic country song was written by Merle Haggard.