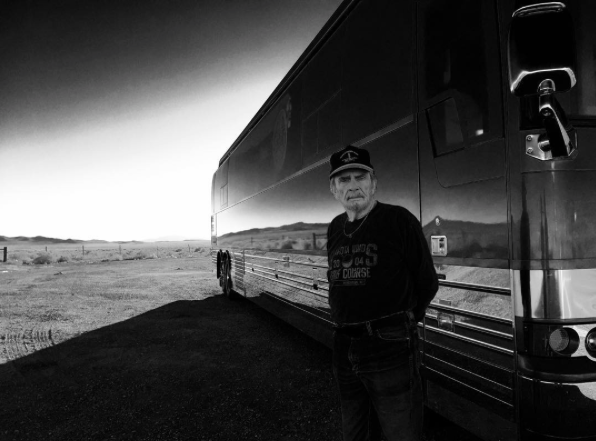 Merle Haggard has been recovering from Pneumonia for some time now. He was first diagnosed back in December, and then had to cancel some shows again in January and February.

The country music icon was set to perform at the Ryman Auditorium on March 8th and 9th but unfortunately his doctors have requested he take a little more time off. His lungs are still feeling tired and need proper rest in order to fully heal.

His son Ben has been on Twitter keeping the fans alert to what’s happening with his father. He recently posted the following tweet asking for prayers from the fans.

Ben also showed this picture of a man praying for Merle behind their tour bus.

Told dad there was a guy praying behind the bus, he looked down and weeped.. Moved by the love from the fans! pic.twitter.com/0yS4VA4iF4

The fans have of course stepped up and sent a ton of love his way. Hopefully this living legend starts to feel better soon. We’re all thinking of you Merle, feel better.

To read more trending news about Merle Haggard click the big button below.