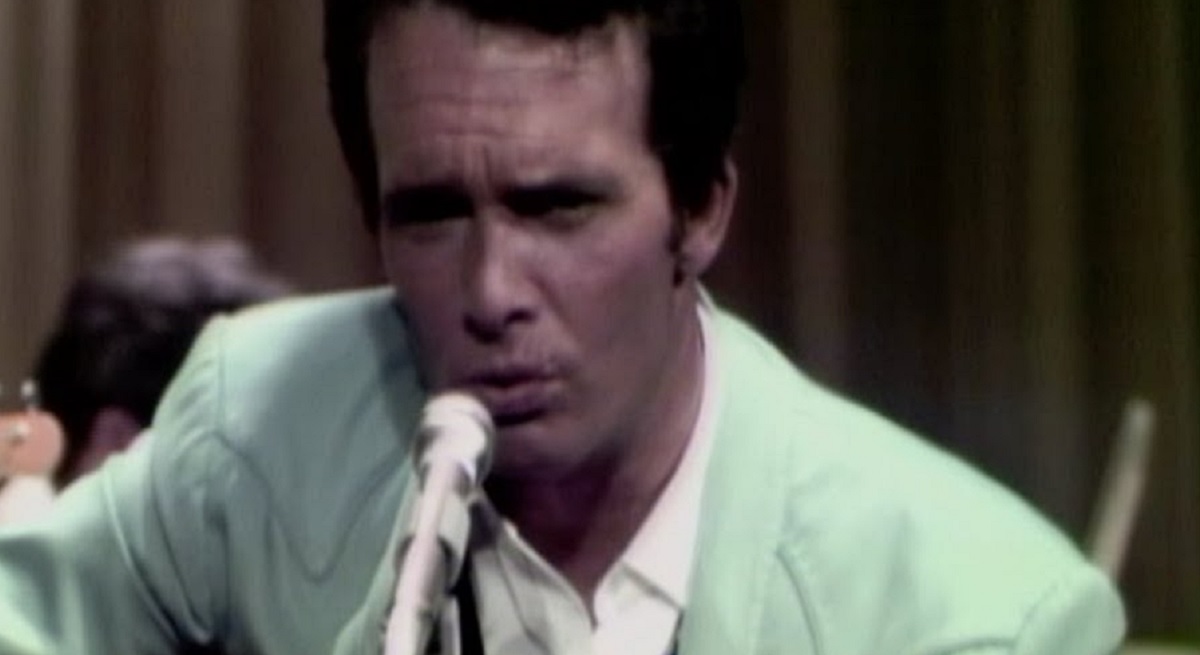 The Merle Haggard Branded Man song was the title track for his fourth studio album and was released on Capitol Records in 1967. The single “Branded Man” hit number one on the US country music charts on September 2, 1967.  This song was the first of four straight number ones Haggard would score in the next two years.

Watch the video of Merle’s live performance of “Branded Man” and see the written lyrics below.

Here are the lyrics to this classic country tune.

I’d like to hold my head up and be proud of who I am,
but they won’t let my secret go untold.
I paid the debt I owed them, but they’re still not satisfied,
now I’m a branded man out in the cold,

When they let me out of prison, I held my head up high,
determined I would rise above the shame.
But no matter where I travel, the black mark follows me,
I’m branded with a number on my name.
If I live to be a hundred, guess I’ll never clear my name,
’cause everybody knows I’ve been in jail.

No matter where I’m living,
I’ve got to tell them where I’ve been,
or they’ll send me back to prison if I fail.

Now I’m a branded man out in the cold.