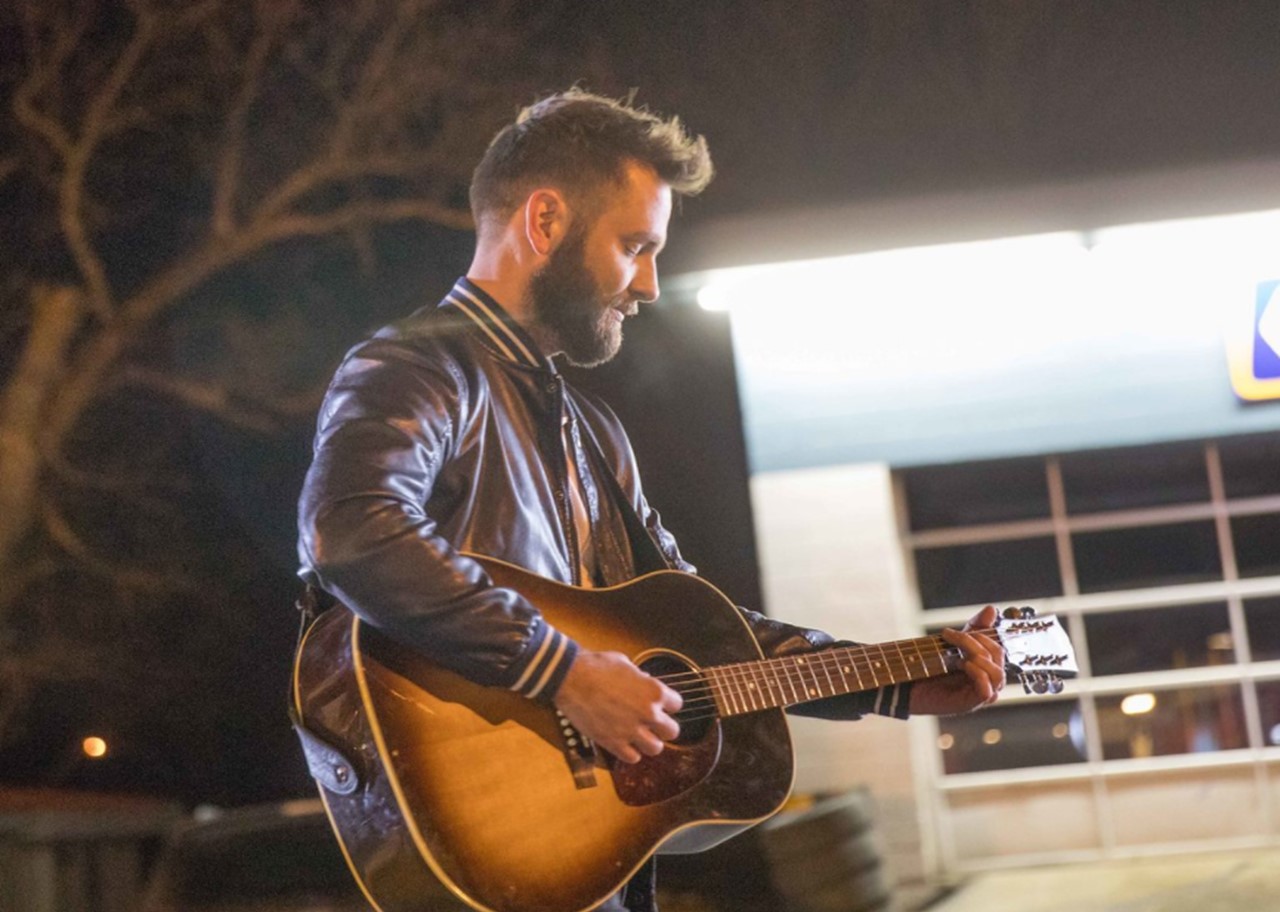 Emerging country singer-songwriter Ryan Griffin isn't a household name yet, but he's on his way! Check out his sound here.

Until recently, emerging singer-songwriter Ryan Griffin’s biggest claim to fame was that he co-wrote Kelsea Ballerini’s chart-topping hit “Dibs,” but that’s changing with the recent release of his Sake of the Summer – EP, led by the single, “Back Seats & Burnt CDs.”

Raised in Florida by parents whose love of music exposed him to the iconic voices of George Strait and Vince Gill, Ryan at an early age knew he wanted to pursue country music. It was a desire and dream that he never veered from – encouragement from friends, success at talent contests, the joy he derived from it and the opportunity to meet with a major label executive brought him to Nashville as a high school freshman. The exec saw and heard something in the young man…and suggested he return in a few years. Ryan did.

Fast forward to present day and Griffin is a young husband, father, and artist who draws from such varied influences as George Strait and Brian McKnight. He’s a songwriter whose words mirror the truth, vulnerability and compassion he feels. “My whole life is about being transparent and being real,” Ryan admits. “Music needs to be honest, or I don’t want to represent it. All I’ve wanted to do is make music that’s true to who I am…authentic…that I can stand onstage and be proud to sing.”

Check out the official “Back Seats & Burnt CDs” music video below!

Take a look at the behind-the-scenes photo gallery of the music video’s production here.

Country Fancast caught up with Ryan to ask him a series of insightful questions, check out his responses below!

1) Country Fancast: “What would you say if you could go back in time and give a younger version of yourself advice on navigating the Nashville scene?”

Ryan Griffin: “Don’t focus so much on the destination that you forget to enjoy the ride.”

2) CF: “How would you describe your new EP ‘Sake Of The Summer’ to avid country music fans?”

RG: “It takes you on a journey through the experiences that have shaped my life. There are moments of brutal honesty followed by light-hearted vanity. It captures the vulnerability of a broken heart and the rush of a first kiss. Honestly, in the over stimulated world we live in, I just want it to make you feel something.”

3) CF: “Has marriage and fatherhood influenced or altered your approach to songwriting?”

RG: “Of course! Marriage and fatherhood have added a whole new layer to love. It’s selfless and unconditional. It’s made me see the world through different eyes. It’s forced me to be more introspective and think about what I am doing because, now, a little boy is watching me be a man.”

4) CF: “What emotions went through your head when viewing your finished ‘Back Seats & Burnt CDs’ music video for the first time?”

RG: “Damn that was a COLD night! Haha… I’ve never been more proud of my team and the people who champion me each day in this business. They invest their time and energy into the music I make and I couldn’t do it without them! Jim Cook – the director – took a huge leap of faith when making this video all because he loved the music and wanted to be a part of it. He captured that nostalgic feeling I feel every time I sing ‘Back Seats.’ When people believe enough to invest – Its truly the ultimate compliment!”

5) CF: “You have an eclectic taste in music, but which modern and classic country music stars make you want to crank up the volume?”

RG: “My first concert was Brooks & Dunn, so one of their songs can’t sneak by on the radio without me cranking it up. They’ll always be a little louder coming out of my speakers! I could listen to Keith Urban for the rest of my life. When ‘You’ll Think Of Me’ came out I finally felt like I had a place in country music. His evolution as an artist continues to inspire me.”

6) CF: “As a singer-songwriter, what inspires you as a creative spirit?”

RG: “Literally everything! Real life is the best inspiration; so whether I’m traveling or cheers-in’ or talking a friend through a breakup, I’m always pulling from life when I’m in the room writing. The good, the bad and the ugly all make for great music!”

7) CF: “There’s been a lot of back and forth on the matter, but what is country music to you?”

RG: “Country music is authentic lyrics. It tells a story and no two stories are the same whether they are told with a guitar or track with a sub drop. Honestly, I think the integrity of the lyric makes the song country more so than the production.”

8) CF: “Out of the five tracks on your EP, which are you the most proud of right now?”

RG: “‘Woulda Left Me Too‘ is a page from my journal. It’s the song that I wasn’t sure anyone would ever hear and that I felt most wouldn’t sing. I’m so glad the song has taken on a life of it’s own and so many people can relate to it.”

9) CF: “If you could serve as an opening act for any artist, who would you pick?”

RG: “Late summer I start touring pretty heavily until the end of the year. So besides traveling with my band and sharing my music with fans, I will be writing and continuing to share my life through songs… and of course loving on my family as much as possible.” (View Ryan’s tour schedule here.)

Be sure to share this exciting new artist with other country music fans!