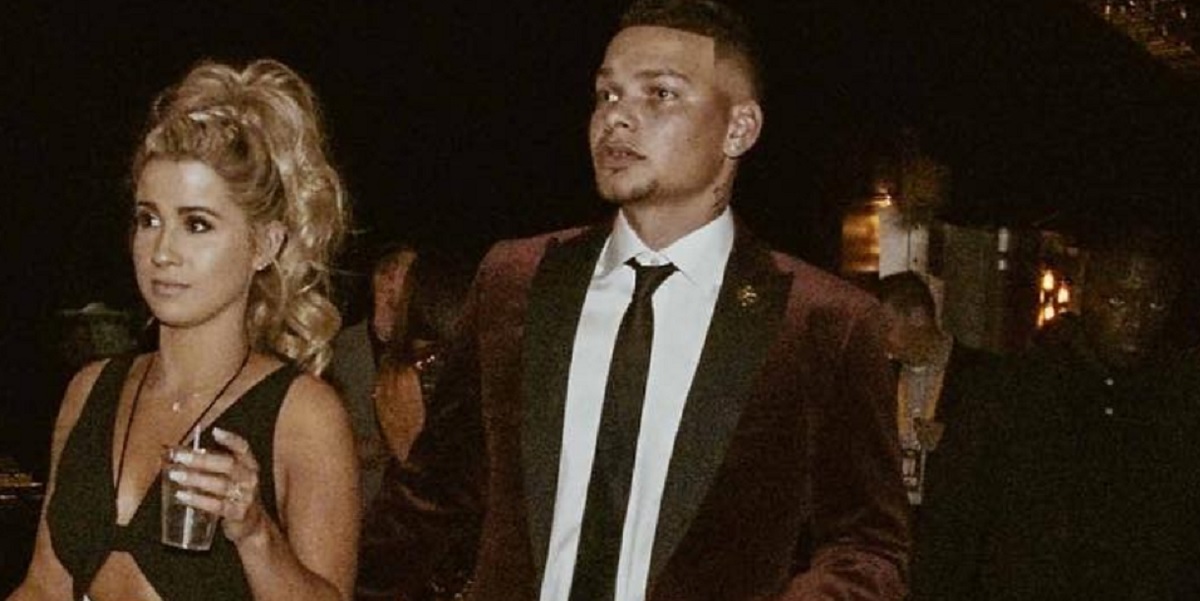 If you have been crushing on country singer Kane Brown, feel free to continue doing so--- but he is getting married soon. Read about his fiancée here!

It is no secret that women around the world find country singer Kane Brown remarkably attractive. Unfortunately for them, Kane is spoken for and became engaged to fellow singer and music management student Katelyn Jae back in April.

“She’s a sweet girl. She’s from Philadelphia, and we’ve been dating almost… it’s going to be eight months coming up. You know, being on the road, we did 200 shows in 2016. You get lonely,” he confessed. “Whenever she’s out with me, I just have a good time. And she makes me happy. I’m never depressed when she’s around me,” Brown shared with Entertainment Tonight shortly before popping the question.

Kane recently demonstrated that he will sacrifice his Georgia roots for his girl via the picture below.

“It used to be [hard having a girlfriend], but now it feels better being loyal than you just going out and doing whatever you want to do,” he continued. “You could do the same thing every day with different people, but they’re not gonna love you — you’re not gonna find love, so you might as well keep the one that does love you.”

The “Heaven” singer popped the big question while the pair were watching the terrifying film The Amityville Horror together. Kane admitted to PEOPLE that it was a “weird proposal” and had originally intended on saving the proposal for the next day complete with “rose petals and everything like that”— but he “just couldn’t wait.”  Despite the odd timing, Katelyn Jae accepted his proposal and the pair plan to marry next fall.

The couple recently shared a fun dance duo that shows that a couple that dances together stays together….Kane showed off his impressive dancing skills alongside his fiancée Katelyn Jae! The couple put their own spin on the current  #InMyFeelingsChallenge which is inspired by Drake’s latest hit and leaving its mark on social media.  Watch Kane and Katelyn bust some moves at their new Nashville-area home below!

Apparently Brown has received some angry letters from fans after he made the big announcement, but he sticks by the fact that Katelyn Jae is an inspiration to him. He recently told People, “Luckily I found my other half. I know a lot of people might get mad I’m in a relationship but if you’re a true fan you won’t. She keeps me sane, she keeps me happy she’s my girl. God Bless.”

Kane’s fiancee Kaitelyn Jae, and their friends appear in his music video for Weekend.

His beautiful wife-to-be started her own Instagram account, which is perfect for getting to know her a little bit better! In the first four months, the Philadelphia girl had already surpassed 38 thousand followers. Let’s take a look at some of the couple’s recent posts below…

The couple has shown that they dress up well!

She posted an adorable picture with her handsome boyfriend, Kane. The caption read, “you make me smile.” Aw, so cute!

you make me smile 💕

Here’s a picture of her looking good while cruising along the beach in Kane’s enormous truck. She’s going to fit in just fine in the country world! Also, it’s hard not to be just a tad bit jealous of Brown’s life. That’s one good looking fiancée sitting on top of one fine looking truck!

While Kane traveled around city to city with country star Jason Aldean on his They Don’t Know Tour, it appears the couples made friends! That’s one good looking group of people!

to one of the sweetest couples and our new friends !! We love y'all 😘

Going mudding with the love of your life? I can’t picture many things better. Kane Brown also taking the opportunity to rep his Georgia Bulldogs!

we love to get dirty 😜

The couple posted this adorable picture from Colorado.

Just in case you needed one more reminder of how cute the newly engaged couple are together, here you go.

Horseback riding with my man 🐴

Kane’s future wife is studying music management after deciding that a career as a vocal artist didn’t align with her personal goals. Maybe these two could collaborate on a track together sometime? Or just continue making fun dance videos…The pair got engaged in April 2017 and are expected to get married later this year.

We wish Kane Brown and Katelyn Jae the best as they prepare to exchange vows!