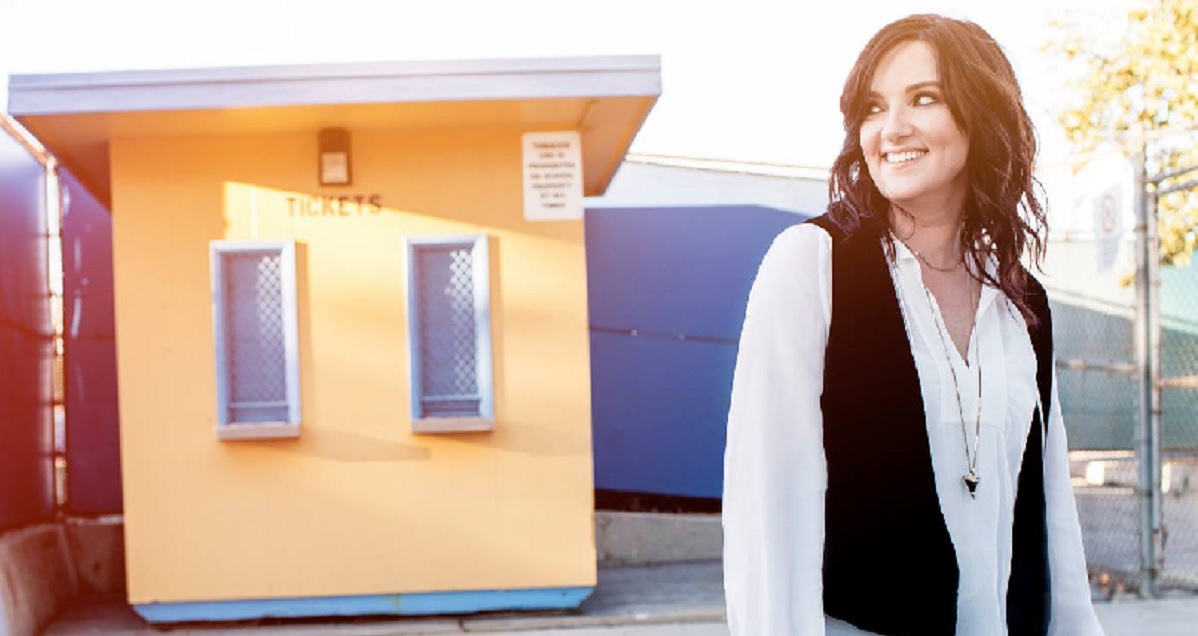 See how much you know about Country Music star Brandy Clark . . .

Country Music singer and songwriter Brandy Clark grew up in her small hometown of Morton, Washington and dreamed of becoming a country singer.  She moved to Nashville to pursue her country music career.  Brandy became an accomplished songwriter and wrote hits for fellow country music artists including:  The Band Perry’s “Better Dig Two,” Miranda Lambert’s “Mama’s Broken Heart,” and Kacey Musgraves’ “Follow Your Arrow” which won the CMA Song of the Year Award in 2014.  Brandy debuted her first album 12 Stories,

Brandy has toured with Eric Church, Jennifer Nettles, and Alan Jackson.  She has performed on popular TV shows including:  The Ellen DeGeneres Show , Good Morning America, and The Late Show with David Letterman.  Brandy completed a collaboration with Dwight Yoakam on the 2015 GRAMMY Awards.  She was nominated for Best New Artist category at the 2015 Grammy Awards.  Learn more about her albums and songs below.

12 stories – The 12 Stories album was released in 2013.  Brandy stated about the album, “When I made 12 Stories, I think my dreams were a lot more realistic, in that I didn’t expect a lot to happen… then it did,” she says. “This time, my dreams are very much what they were when I was going to Vince Gill and Patty Loveless concerts and decided I was going to move to Nashville. Right now, my dreams are as big as when I was naïve enough to really dream them.”

Big Day in a Small Town – was released in 2016 and produced by Jay Joyce [Little Big Town, Eric Church], Big Day in a Small Town tells the stories of the football star, the father, the homecoming queen, and the hairdresser because those are the stories and people that Clark grew up knowing. “All these songs, there’s some little truth in them, somewhere, that resonates with me or that is about me,” she confesses. Explaining the genesis of “Soap Opera,” she offers, “When I would get worried about what people thought of me or what was going on with me, my mom would always say, ‘You know, we’re all the star of our daytime drama. We’re just bit players in someone else’s. Nobody cares that much about what’s going on with you. They’ll only care until there’s something juicier going on with somebody else two weeks later.'”.  One of the most heartfelt moments on Big Day in a Small Town is the one that closes it, “Since You’ve Gone to Heaven.” The song addresses the aftermath of losing someone close to you and it’s one that Clark has wanted — and attempted — to write for years. “My dad was killed in a work accident the July before 9/11,” she says. “When all that 9/11 stuff was going on and everyone was glued to the TV … I thought right then, ‘Since you’ve gone to heaven, the whole world has gone to hell.’ But I sat on it for years and years because it seemed so bleak.” As with all of Clark’s compositions, there’s some truth in it, just not necessarily the whole truth. “It’s definitely not the story of my family in that song. I’ll stress that,” she says. “But I do think, a lot of times, when somebody dies, it blows things apart more than it brings things together.”   Clark brings her small town experiences to her album and title track song “Big Day in a Small Town”.

Clark pushed her vocal and musical boundaries on Big Day in a Small Town. Instead of building the songs from a simple guitar/vocal performance, Joyce brought the players in for five days of rehearsals before tracking live with the band. “A lot of those rehearsals became what the record was,” Clark says, explaining that the recorded version of “You Can Come Over” includes her one-take, scratch vocal. “I wanted to fix a few things, but Jay wouldn’t let me because he felt like it would lose emotion. He’s about the heart of music. He’s not about making it perfect.”  “He is out to serve the artist and the song,” she adds. Throughout the process, Joyce insisted that this be a “Brandy Clark record” not a “Jay Joyce record” because she was the one who would be performing it night-after-night even as he moved on to his next project. “If I didn’t like something, he’d be the first person to change it. I think this project means nearly as much to him as it does to me.”

This little record turns 3 years old today!!!! Thanks everyone who worked on it, worked hard to get it out there, played on it, wrote for it and mostly BOUGHT it. I really appreciate the love a support that you’ve all given this album. It’s a fun one to play live and here’s to hoping it lives on for several more years!!!!

Live from Los Angeles – this “Live” album was released in 2017.  Click the “play” button below to preview and stream the album.

Brandy has released 2 studio albums, 1 live album, and has accomplished several hit songs.  Click any link below to see the music video and lyrics for each Brandy song:

Brandy stated about her music, “I see what’s happening right now and I feel this groundswell of people who love… I would say ‘country’ music, but I’ll take it a step further and say ‘real’ music. I feel like there are people who are starved for that,” she says. “The only music I’ve ever made is country music. The only music I’ve ever really listened to consistently is country music. And I want to keep that alive, so there’s a responsibility in that, for me.”

Brandy University – Brandy graduated from Belmont University with a degree in the Music Business program.