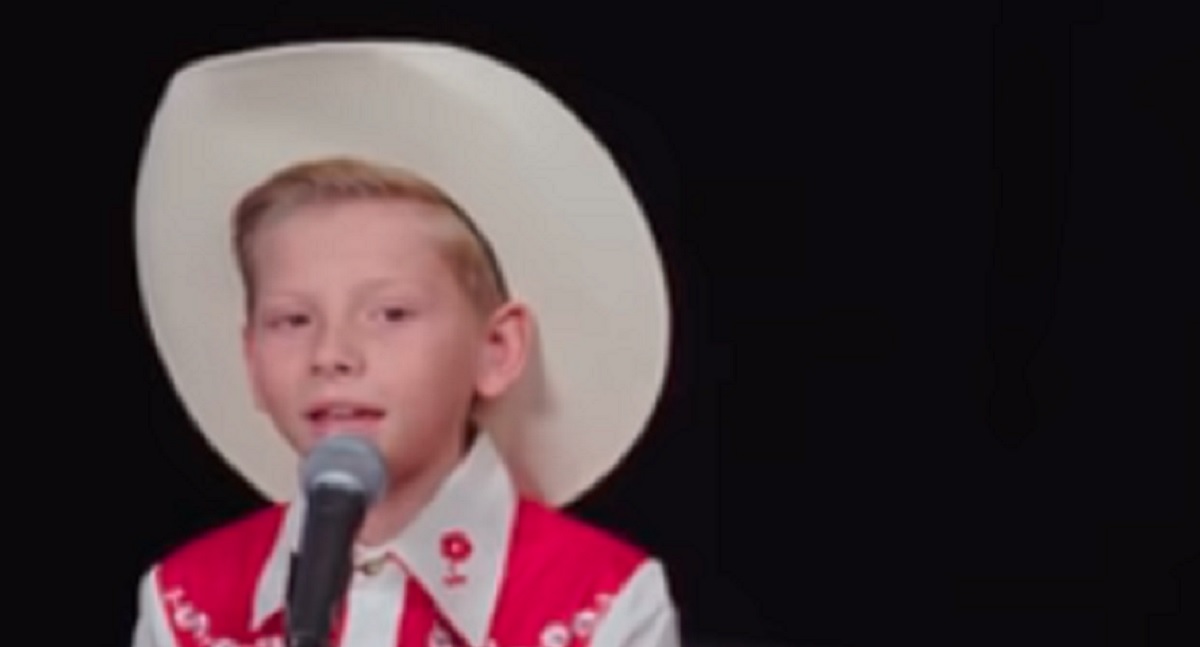 Mason Ramsey sings plenty of songs and usually sticks to the country music genre.  While visiting Billboard, Mason took a shot at a wide range of singers.

Who knew that yodeling at your local Walmart could eventually lead to an appearance on ABC’s Good Morning America, an interview on the The Ellen DeGeneres Show, playing at the Coachella music festival, playing Stagecoach festival, performing at the Grand Ole Opry and visiting Billboard Media Group?!   Rising country artist Mason Ramsey, 11, can confidently say it worked for him!   Ramsey aka “Walmart Yodel Boy” aka “Little Hank” has certainly been on a roll since his appearance on Good Morning America.  Ramsey has been performing in front of audiences for as long as he could hold a guitar.   He became inspired listening to his grandfather, Ernest Ramsey, play Hank Williams in the garage. Mason heard the sweet yodels of Williams and began singing like the legend. The original viral video of the “Walmart Boy” has more than 17 million views on Twitter and has been retweeted more than 50,000 times.

Mason recently stopped by Billboard’s office to help celebrate the 60th birthday of the Hot 100 chart by singing some iconic No. 1 songs from throughout the chart’s lifespan.  Enjoy watching Billboard’s video of Mason performing a wide range of snippets from several chart topping hits.

Mason has signed to Atlantic Records and has even released his first album.  We wish Mason Ramsey continued success as he pursues his Country Music career.