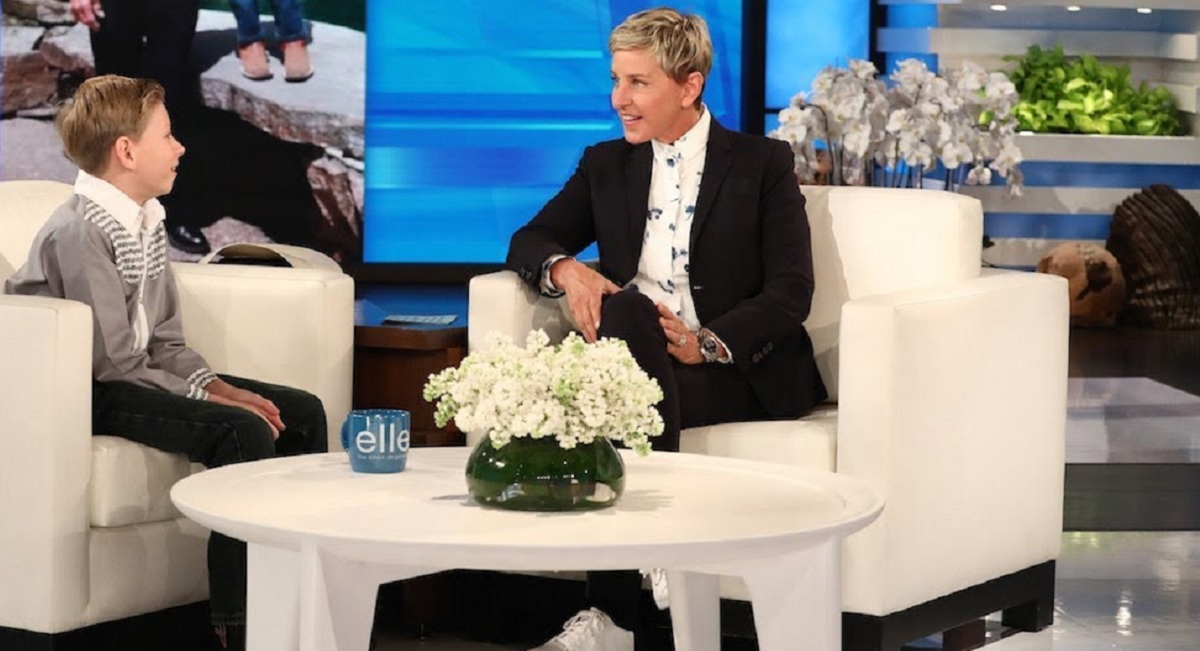 Mason Ramsey on the Ellen Show

Ellen welcomed 11-year-old Mason Ramsey, whose video went viral after performing an amazing cover of Hank Williams Sr.’s “Lovesick Blues” at a Walmart. Mason took the stage with the classic track, and Ellen had two big surprises for him!

Mason Ramsey performs “Lovesick Blues” live at the Grand Ole Opry during his debut on April 14, 2018.  Ellen presented Mason with his pass to the Opry while visiting her show.

Ellen’s other big surprise was Walmart hosting a concert for Mason and providing a $15K check for Mason’s college fund.

In addition to the Ellen Show and the Grand Ole Opry, Mason has made other high profile appearances in 2018 including:  Visit to ABC’s Good Morning America, playing at the Coachella music festival, and playing the Stagecoach festival.

Mason has signed to Atlantic Records and has even released his first album.  We wish Mason Ramsey continued success as he pursues his Country Music career.