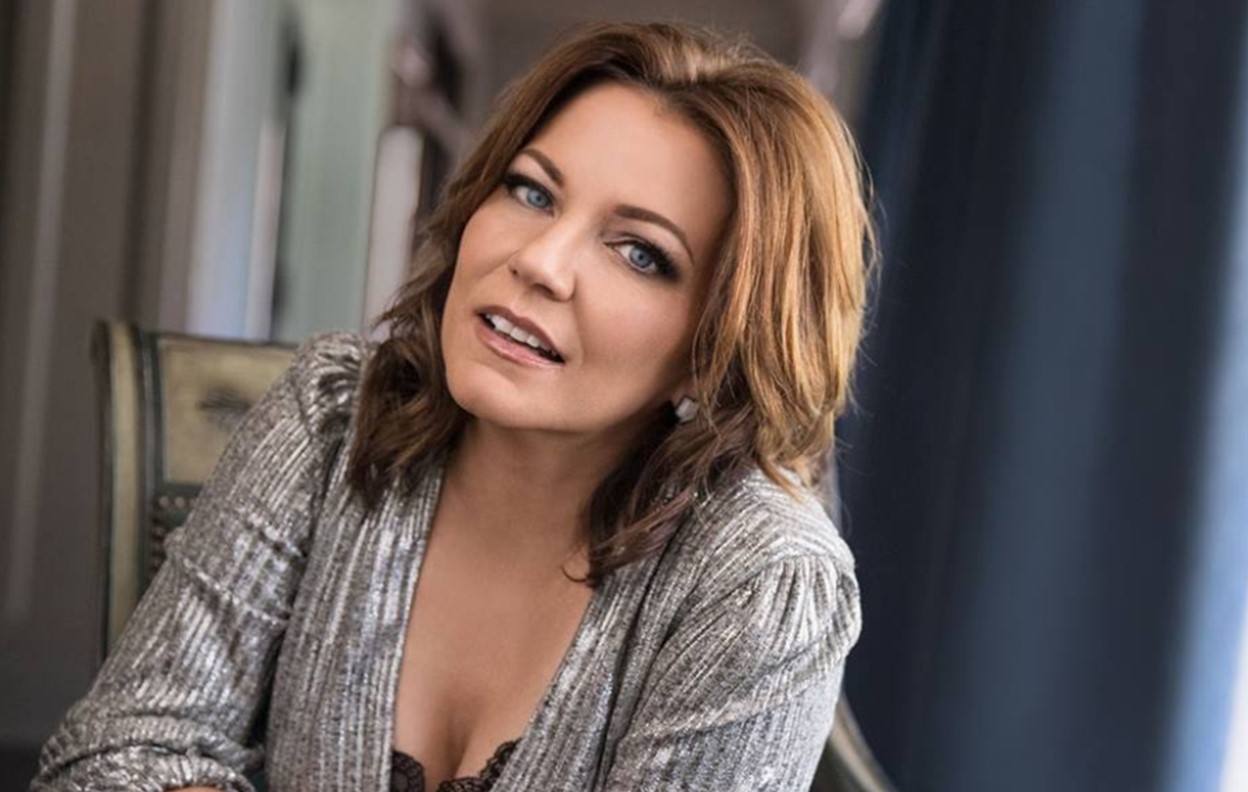 Country music entertainer Martina McBride is already thinking ahead for the Christmas season! Check out her upcoming releases and tour here!

It’s starting to look a lot like Christmas already— country music star Martina McBride has announced the release of her 9-track It’s The Holiday Season album on October 19th! The artist also continues her The Joy of Christmas Tour tradition, this time adding songs from the new album and bringing to life the big band and orchestral sounds by using local symphonies at each stop. In addition, she will be releasing a second all-season cookbook, Martina’s Kitchen Mix: My Recipe Playlist For Real Life, available October 30th.

In NYC for Book Expo. We revealed the cover and title of my new cookbook and I’m so excited to finally share it with you! More details soon!!

“It’s been exactly 20 years since I released White Christmas. With that album I wanted to make it classic and something that would stand the test of time, which I feel like it has done. I wanted to accomplish the same thing with It’s The Holiday Season, but with a different feel. So I decided to make most of the album with a big-band swing vibe that takes you back to the Sinatra, Dean Martin, Ella Fitzgerald records. We recorded more of the pop Christmas numbers that lend themselves to that kind of feel rather than the focusing on the hymns like we did with White Christmas. I think they are great companion pieces and my hope is that they will both be enjoyed for years to come,” McBride shared in a statement.

I could not be more thrilled to finally announce that I have a new Christmas album, Christmas tour, and a new cookbook all coming out this fall! (Pre-orders available with link in bio)  We recorded "It's The Holiday Season" with a full orchestra and a big swing band to create something truly special. I’m so proud of this album and I can’t wait for you to hear it. Once I recorded the album I knew the tour had to match the “big band sound” so every date on “The Joy of Christmas Tour 2018” will feature a symphony orchestra backing me on every song! We will be doing songs from both albums as well as a few hits. You don’t want to miss it, we’re going to have so much fun! Finally my second cookbook "Martina’s Kitchen Mix: My Recipe Playlist for Real Life” is completly finished and coming to a bookstore near you! I’m going to be doing signings all over the county so stay tuned for dates! These projects have truly been a labor of love and I’m so happy to share them with you this holiday season!!!! Click the link in my bio to see more! Love – Martina

“When I stood in the studio listening to that 38 piece band play, I knew I wanted to take it on the road. I am so excited to bring this music to life on stage and bring some of the joy of the season to people. Performing with the symphonies will be such a grand and unique experience for me. I can’t wait!” adds McBride.

The Joy of Christmas Tour Dates

For tickets and more information on The Joy of Christmas Tour 2018, go here.