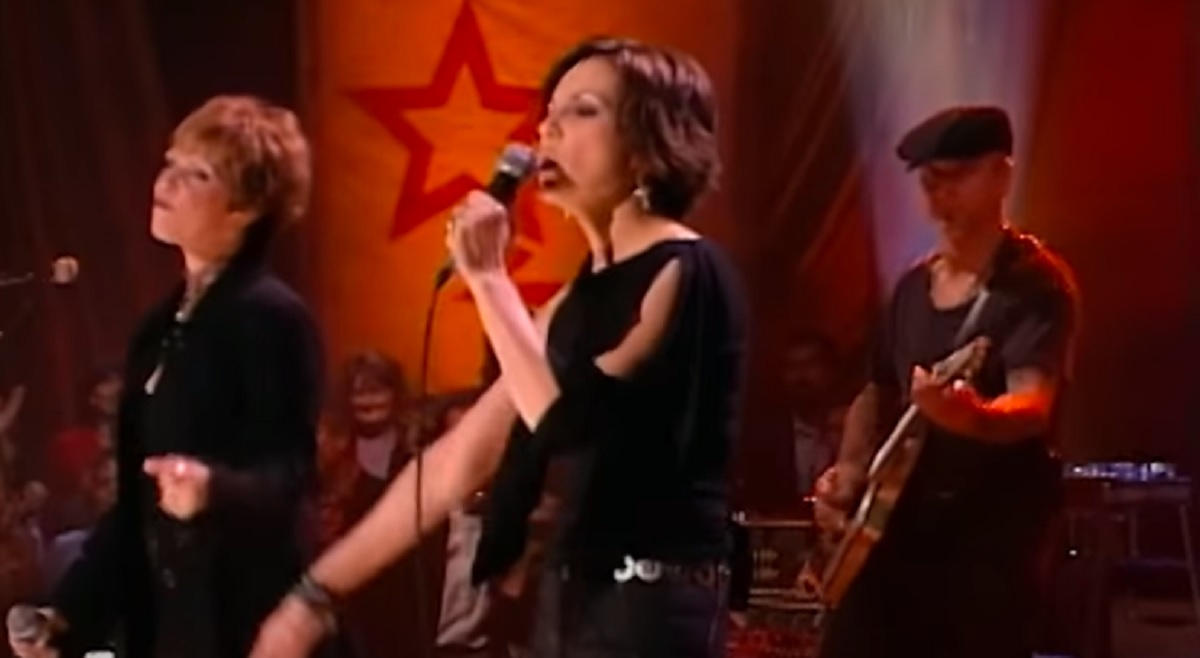 Martina McBride and Pat Benatar wowed the audience with their performance of 3 songs on CMT Crossroads.  The set list included:

This CMT Cross Roads paired Rocker Pat Benatar with Country Music powerhouse Martina McBride.  Watch the video playlist of their CMT crossroads performances and compare the duo to the original 3 songs below.

Martina McBride is one of the top country music female artists of her generation and had several hits that crossed over to Pop music.  McBride has thirteen studio albums, two greatest hits compilations, one “live” album, as well as two additional compilation albums. Eight of her studio albums and two of her compilations have an RIAA Gold certification, or higher. Martina has sold over 14 million albums.    McBride has been awarded the Country Music Association’s “Female Vocalist of the Year” award four times (tied with Reba McEntire for the second-most wins) and the Academy of Country Music’s “Top Female Vocalist” award three times.  Martina is also a 14-time Grammy Award nominee.

Compare the talented duo performance to the original music videos below.

Pat Benatar Hit Me with Your Best Shot

Music video by Pat Benatar performing Hit Me With Your Best Shot (Live).

Which song performance was your favorite of the duo versus the original song?

Remember to “share” the Martina McBride and Pat Benatar video playlist with other Country Music fans!